The Cattle Raid of Greeney 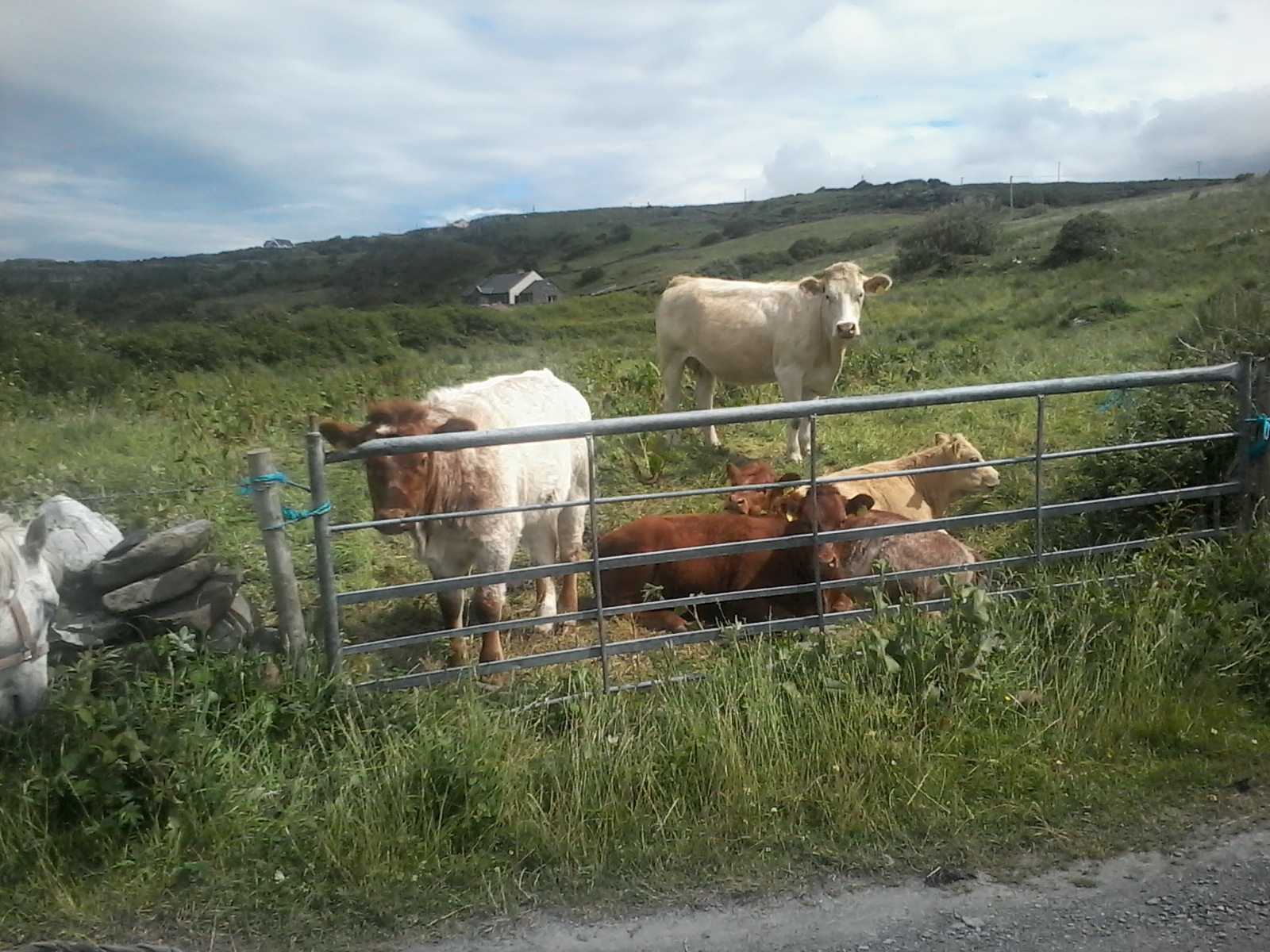 Historic Ireland is being murdered, one cow fart at a time.

Last week this writer pointed out Canada's almost hilarious insistence on following the trail blazed— sometimes literally—by Sri Lanka and the Netherlands before it. Well, now another extremely impressionable nation has decided to follow suit: The Financial Times reports that "Ireland’s coalition government has reached a bitterly contested deal to slash climate emissions from the country’s key agriculture sector by 25 percent by 2030." Bitterly contested because the actual farmers whose livelihoods will be effected by the deal were hoping those numbers would be lower, whereas the government—currently a coalition of the traditionally "rival" parties Fianna Fáil and Fine Gael along with the Green Party—wanted 30 percent emission cuts by 2030.

This deal is most likely the brainchild of Green Party leader Eamon Ryan, an environmentalist zealot who owes his outsized and wholly malevolent influence on the Republic of Ireland to his party's being the lynchpin of the unstable coalition, formed two years ago:

Members of the environmental party decided by a 76 percent majority to form an administration with Fine Gael and Fianna Fáil... It signed up to a programme that promises radical action on climate change... Its deputy leader, Catherine Martin, said: “Now we will move forward together, respecting the democratic wishes of the majority of our party at all times, listening to each other … working in unity to protect our country and our planet.” The two larger parties needed the support of the Greens to have a working majority in the Irish parliament, equating to about 80 seats.

Ryan, who serves as the coalition's Environment Minister (of course), suggested that the cuts outlined in this deal are just the beginning, saying that they represented “a significant step in the right direction.”

For the farmers however, even these numbers are a bridge too far:

Tim Cullinan, president of the Irish Farmers’ Association, called the 25 percent cut a “massive, massive ask” that could cost farmers €2bn a year and said the government had outlined no budget to help them achieve it.... Pat McCormack, president of the Irish Creamery Milk Suppliers’ Association, said the agreement made “whole classes of farms unviable” and would push up prices. He added: “Our livestock industry — both dairy and beef — is the lifeblood of rural Ireland and Minister [of agriculture] McConalogue and the three party leaders of the coalition have struck it at its very heart today.”.... “It’s really impossible to see how we can achieve [these] targets... without reducing herds — and that’s an income issue for us,” said Brian Rushe, a dairy farmer.

Never mind that cattle have formed the basis of the Irish economy for more than two millennia. The most famous Irish epic poem is probably The Cattle Raid of Cooley (Táin bó Cuailnge), featuring the legendary hero Cú Chulainn. But modern Ireland is too smart and sophisticated to care about its heritage, one of the oldest continuous cultures in Europe, and so the cows must be sacrificed on the altar of "climate change."

One particular line in this piece is worth considering -- Tim Cullinan is quoted as saying: "This deal between Fianna Fáil, Fine Gael and the Green party is all about the survival of the government rather than survival of rural Ireland." He is assuredly correct. The priority of these politicians is maintaining power, both by keeping the Green Party on side and by maintaining the good opinion of overseas elites -- rather than defending the interests of their country. 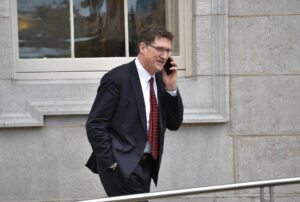 Eamon Ryan: no cow is safe around him.

But, as the uprising in Sri Lanka is showing us, focusing on the former while ignoring the latter is a good way of losing both. While the Irish economy is unlikely to bottom out like Sri Lanka's—Ireland's status as a tax haven for American corporations makes it too important for western governments to allow that to happen—a significant standard of living increase on top of the country's ongoing Covid-instigated recession has the potential to inspire an earthquake in Irish politics. And Sinn Féin, the Socialist/Nationalist party that the coalition government exists to keep out of power will likely be the beneficiary. Judging by their refusal to support agricultural emissions cuts, despite their own environmentalist commitments, they know it.

When the coalition took power after the 2020 election, outgoing prime minister Leo Varadkar famously proclaimed, "today civil war politics ends in our parliament," a reference to the two main parties' beginnings on opposing sides of the Anglo-Irish Treaty of 1921, which culminated in the country's civil war. Varadkar might have been saying more than he realized — while Fianna Fáil and Fine Gael have been taking turns in government since the election of Éamon de Valera in 1932, actions like this might ensure they never win another election.

Then again, the "ranked choice" electoral system, known in Ireland as the "single transferable vote" (coupled, by the way, with the equally questionable "proportional representation"), practically begs for rigged outcomes designed to keep the Tweedledum and Tweedledee parties in power forever. If there's one thing the Irish know how to do it's run a racket (see: Hall, Tammany), and in Ireland, it's not who votes, but who counts the votes, and how they are counted, that matters. Amazingly, it always comes out just the way the racket wants it. Here's a taste of how the system works:

From a voter’s perspective [single transferable vote] is very simple. Just rank the candidates in order of your choice starting with 1. The counting of votes is a different matter and can appear very complicated to the uninitiated. The first thing to understand is that a quota is set for each constituency depending on the number of seats to be filled and the number of people who have voted. The quota is arrived at by dividing the number of valid votes by the number of seats plus one, and then adding one to the resulting total.

For instance if 40,000 votes are cast in a three-seat constituency the quota would be calculated by dividing the number of votes by four and then adding one making it 10,001. The formula means that no more than three people can reach the quota.

After the first count when all the number ones have been counted the first thing to happen is that the surplus votes of a successful candidate who has exceeded the quota will be distributed. This is done by checking the second preferences on all the ballot papers of the candidate and distributing his or her number twos in proportion.

When all the first-count surpluses have been distributed the returning officer will then move on to eliminating the candidate with the lowest number of votes. The number twos will be counted and allocated to the other candidates. The next lowest will be eliminated and so on until there are only three candidates left for the three seats.

There is a complication about distributing the surplus of a candidate elected after the first count with the help of transfers. Instead of counting all of the candidate’s votes to allocate the next available preference, only the last bundles of votes received are counted to see where the next preferences goes.

Got that? This crazy system was, of course, foisted on Ireland by the vengeful British, who bitterly hated losing their first and most despised colony:

It was imposed on this country as part of the Home Rule Act in 1912 and later incorporated in the Anglo-Irish Treaty of 1921 with the objective of protecting the unionist minority and ensuring they had representation in an Irish parliament. The system was later included in de Valera's 1937 constitution and two attempts to abolish it, in 1959 and 1966, were rejected by the electorate. The same system is used in Malta, the Australian senate and Northern Ireland Assembly.

Malta, Australia and the rump British province of "Northern Ireland," known in Ireland as the Six Counties, or "Ulster" (well, part of Ulster, anyway)—those paragons of democracy. No wonder the livestock is terrified: against crackpots like Ryan and the Greens, they don't stand a chance. And neither do the people, unless they finally wise up.