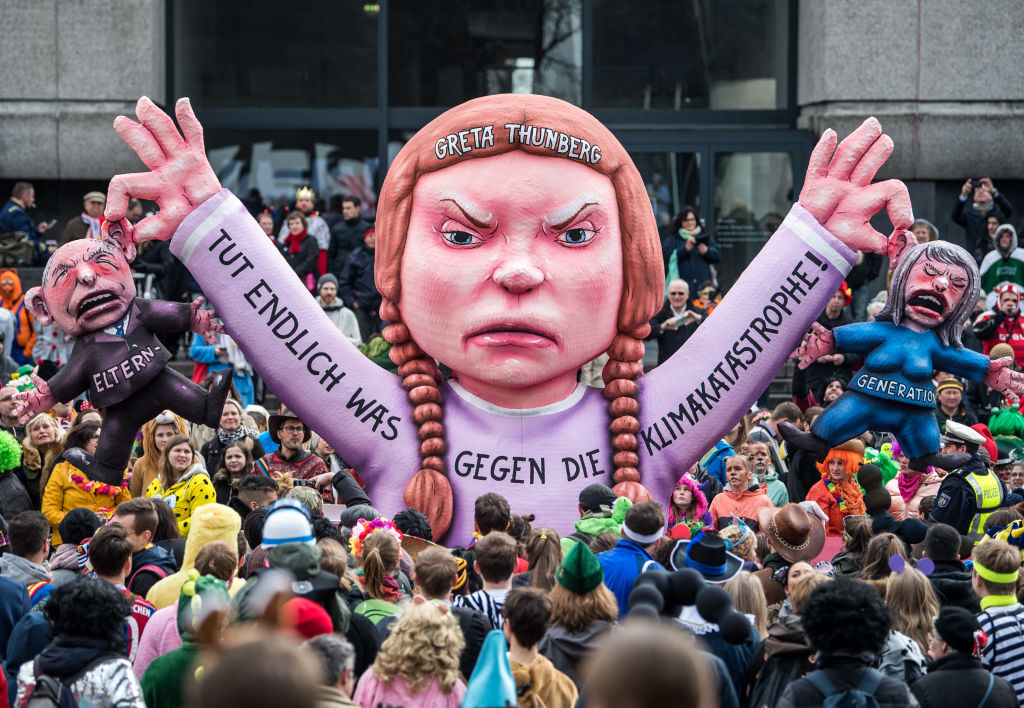 Just ask a disturbed teen and the "science guy."

Nobody can say that climate change alarmists are inconsistent, at least when it comes to natural disasters. They are quicker to blame the latest bit of foul weather on global warming than an ambulance chasing lawyer is to whip out his business card when he meets someone with a back injury.

Mechanical engineer Bill Nye has been all over CNN and the internet explaining how climate change affects weather in terms of a mechanical engineer. It’s all about energy transfer for Bill, a direct, proportionally measurable phenomenon that the many and “always reliable” climate models predict with perfect accuracy! Or so he seems to believe. (Side note: if the models are SO accurate why do we have so many of them?) 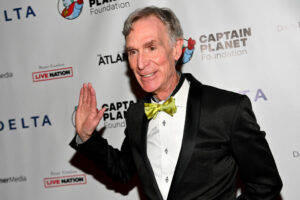 Weather events are bit more complex than that. That’s why weather models are different beasts than climate models. There is another big difference between weather models and climate models: weather models tend to be right. They tend to be right because they are limited in scope, both in terms of geographical area and in terms of how far into the future they look. They also tend to be right because their accuracy is immediately demonstrable. Climate models, on the other hand, seek to define trends for the entirety of planet Earth decades into the future and beyond. They are largely unproven because the data sets used to attempt to validate them is so poor (remember “hide the decline”) and their scope so terrifically huge.

There was a time, not so long ago, when the alarmist crowd told us that the number of hurricanes and cyclones were increasing in number and intensity because of "global warming." They have largely abandoned that argument for the very good reason that it is demonstrably false. The actual record shows very little variation in the number and intensity of hurricanes between 1980 and the present. It’s difficult to comment on hurricane frequency before 1980 because global weather monitoring by satellite did not exist prior to 1980.

For a while the “proof” became the undeniable fact that the value of insurance claims associated with hurricane damage continues to rise. A-ha! The hurricanes must be getting stronger and causing more damage, and the reason they are getting stronger is because of global warming.

That’s a neat little argument, one that seems to make some sense at first. But somebody checked on the rate of new property development in hurricane-vulnerable locales. Sure enough, the increase in the value of insurance claims pretty well matched the increase in development. So it wasn’t that hurricanes are hitting harder, they are just getting more targets to hit. In terms of intensity, Ian was far below Andrew in 1992 and somewhat below Michael in 2018. Andrew made landfall with a wind speed nearly 150 mph, Michael with a wind speed of about 135 mph, while Ian topped out at around 130 mph. 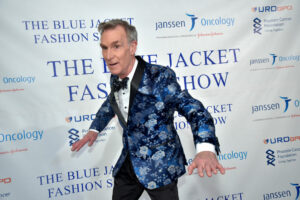 If it can be shown that we don’t have more hurricanes and a given hurricane’s potential to cause damage hasn’t really changed either, how can alarmists like Nye blame the devastation in Florida on "global warming"? Well, everything is possible if you just use your imagination. Nye parroted the latest party line: the rate at which today’s hurricanes are intensifying is increasing due to "climate change."

That is to say that as Ian came whipping up the Gulf of Mexico it was picking up more heat than it otherwise would have, thus transferring more energy, thus increasing the intensity of Ian beyond what nature intended.

The beauty of this argument is that it is unprovable. It’s an act of faith. If anything is a demonstrable exercise in chaos theory, it’s hurricane behavior. Yes, we can attempt to predict the track and growth of a given hurricane using some meteorological data, but the error bars surrounding those predictions are huge. Nye can no more prove that Ian would have behaved differently in a world with less greenhouse gases than he can disprove my assertion that Ian would have been much smaller in a world with fewer Bill Nyes.

Predictably, Nye chastised Republicans in Congress for not taking "climate change" seriously. Because why? Presumably because if everyone believes, really believes, hard enough in "climate change" then Tinkerbell will appear to solve the problem. What exactly does Nye expect Republicans in Congress to do? Close coal-fired power plants? We closed a bunch of them. Subsidize new wind and solar plants? Been subsidizing both for decades now. Push automakers into building more electric vehicles? We can take that one off the punch-list as well. Reduce greenhouse gas emissions? Been doing that for years.

Worldwide coal consumption is surging, with 2021 coming in just short of the record set in 2014. Any discussion of greenhouse gas reductions starts and pretty much ends with China and India. It’s silly on one level to wag a finger at Republicans in Congress for not believing that climate change is or will be a crisis. It’s beyond absurd when one considers that there is literally nothing Congress can do about the crisis if it exists. 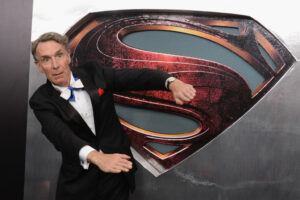 Coming to save the day!

Florida Governor Ron DeSantis has been roundly criticized for solely talking about climate in terms of Florida’s infrastructure needs. Coastal erosion, whatever the cause, is a problem in Florida and DeSantis is spending money to address it. But he won’t pay due homage to the golden calf in the room: "global warming" idolatry. He won’t do penance for America's prosperity by blaming humans and their wicked ways. He won’t address the root causes of the problem! How could he address the root causes of this supposed problem? Short of ordering the Florida Air National Guard to bomb the snot out of Chinese coal-fired power plants it's unclear what he could possibly do. And presumably Xi wouldn’t take too kindly to that solution.

Ian was a disaster, as large hurricanes that make landfall always have been and always will be. We should all offer up a prayer for those Floridians who lost property and loved ones. But those who try once again to exploit the disaster to achieve their own selfish ends deserve nothing but our contempt.

9 comments on “Another Day, Another 'Climate' Disaster to Exploit”