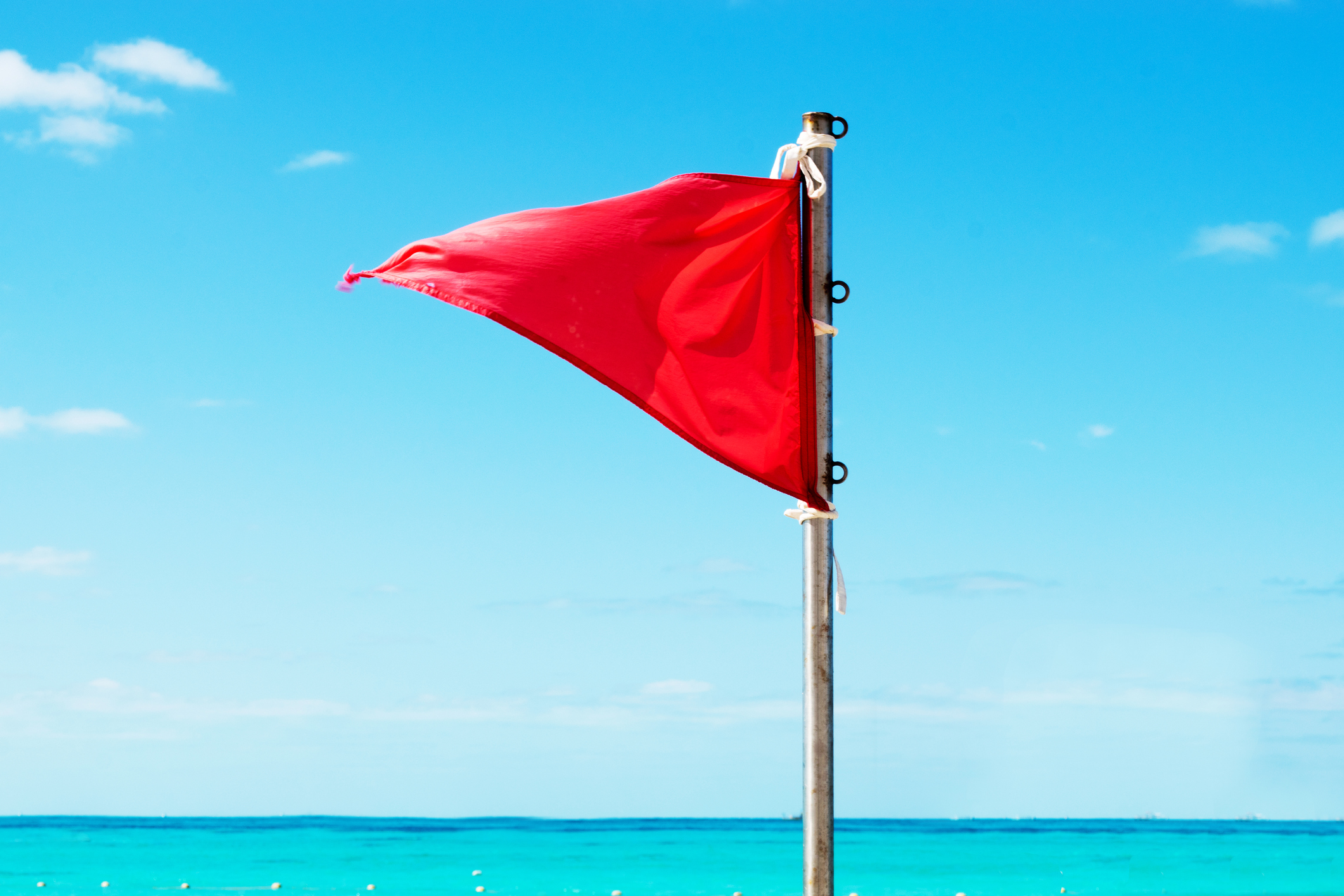 The push to reach “Covid zero” is a fool’s errand.

Andrew Pollard, one of the developers of the AstraZeneca vaccine, recently addressed a U.K. parliamentary group with a timely warning. What the virus will throw up next, he said, “is a variant which is perhaps even better at transmitting in vaccinated populations [and which is] even more of a reason not to be making a vaccine program around herd immunity.” Further, “[w]e need to get used to the concept that this will become what we call an endemic disease rather than a pandemic disease. A disease that is with us all the time—probably transmits seasonally a bit like influenza where we see winter outbreaks.”

In the technical terminology of Dr. Geert Vanden Bossche, “the ongoing universal mass vaccination program will soon promote dominant propagation of highly infectious, neutralization escape mutants,” which will “no longer offer any protection to immunized individuals whereas high infectious pressure will continue to suppress the innate immune defense system of the nonvaccinated.” In other words, in an ironic reversal of popular thinking, the unvaccinated are at risk of vaccinated transmission. A study in Nature offers tentative support for his prognosis. Bossche has been much maligned by his detractors as a “doomsday prophet” but his basic research, though predictably contested, appears plausible.

This is a hard pill to swallow for the current crop of diehard vaccinologists, who will labor to obscure the issue with meretricious stats. The political echelon and the medical establishment are engaged in an act of truth-formation, that is, a kind of credible dissimulation, forming a story, as Albert Norton Jr. observes in another context, by “selectively assembling and spinning facts and inferences to support it,” thus diluting our “intuition of significance.”

To take one example, as Dr. Sucharit Bhakdi, former chair of Medical Microbiology at the University of Mainz, writes, deaths due to other factors than SARS-CoV-2 were regularly recorded as owing to Coronavirus—“The numbers may have been grossly exaggerated.” Covid fatality numbers were routinely inflated by the inclusion of unrelated morbidities. The CDC, for another example, will begin to count anyone who was hospitalized or died within two weeks of getting the jab as “unvaccinated.” 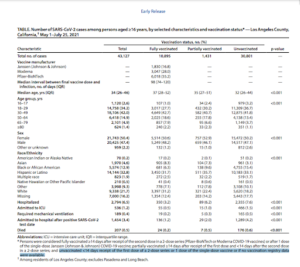 No less troubling, many governments have embarked on a scorched earth policy, vowing to keep restrictions in place until the virus is totally eliminated. But as Pollard points out, the push to reach “Covid zero” is a fool’s errand, for the virus, according to many such competent professionals, is like the seasonal flu and the common cold and will be with us in perpetuity. Dr. Peter McCullough, among the world’s most widely published medical scholars, stated before the Texas Senate Health and Human Services Committee that the disease cannot be defeated, but with the proper approach and treatment it can be managed. Over-the-counter supplements, including Vitamin D3, Vitamin C, Quercetin, Zinc and aspirin and, as the Great Barrington Declaration recommends, “focused protection” for the elderly, are far more sensible alternatives than the present foolhardy therapeutic agenda of masks, lockdowns, injectable products and discriminatory passports.

Sweden gets it right. As Kevin Downey Jr. remarks, “One would think the world would take notice, and tips, from a country with no lockdowns, a healthy economy, and comparatively few deaths… While people worldwide are rioting against despotic Covid lockdowns and mandates, Swedes are enjoying cocktails after returning home from work, just like they have been since the beginning of the pandemic.” History professor and blogger Tom Woods shows that “this year Sweden, even during the Delta phase of all this, where mitigation measures have been light at best and schools have been open without masks or distancing, excess mortality has actually been lower than normal.” Woods includes a comparative graph contrasting Sweden to the U.S.: 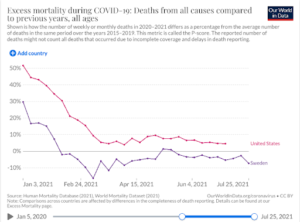 And as of September 10, Denmark will be lifting all Covid restrictions, including vaccine passports.

Our political leaders and health officials are not paying attention. They are determined to implement policies that have little chance of success and whose primary effect will be to exacerbate an already dire situation—the vulnerability of the already vaccinated, the trauma of viral transmission, the constant irruption of ever new variants, and the creation of two classes or “varnas” of citizens resembling India’s Brahmins and Shudras. In at least partial confirmation of such debilities, Public Health England provides much pertinent information on the issue.

If, in their blind pursuit of an elusive solution, the powers that be do not consider a course correction even at the eleventh hour, a social, medical and attendant economic disaster now well into its second year will persist into the indefinite future, and life as this generation knew it will likely never return to what we once called “normal.”

2 comments on “A Timely Warning”