Will the Yellow Vests Come to Britain? 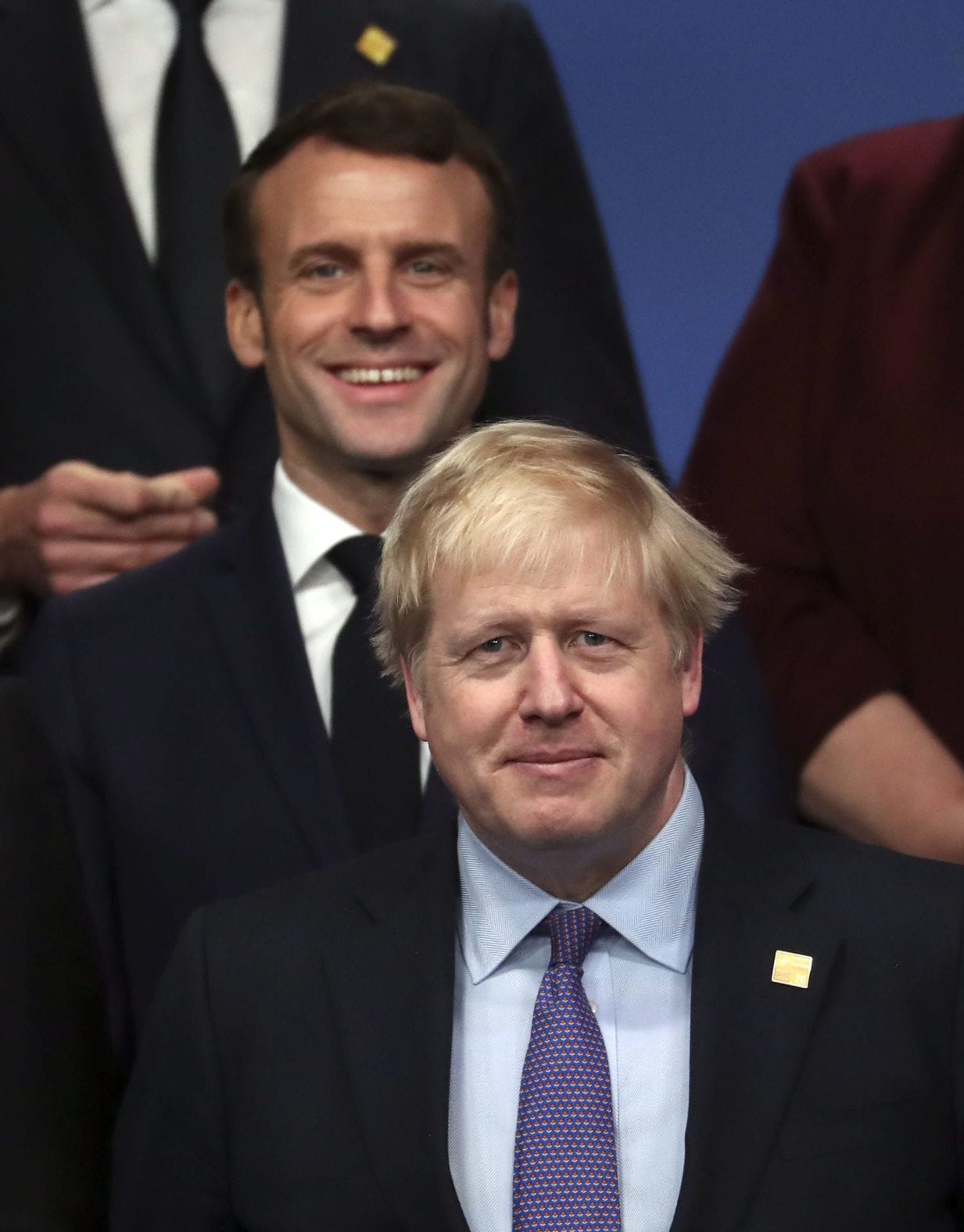 Birds of a yellow feather?

A few weeks ago I wrote about the rise in populist sentiment in France as a direct response to Emmanuel Macron's tax hike on diesel, and marveled that in the wake of the Yellow Vest movement Democrats continue to push Green New Deal policies which would dramatically raise the price of gas here in the States. Such policies would be utterly disastrous to the American analogue of the "lo-vis people" (in Christopher Caldwell's memorable phrase) who donned those hi-vis vests in France.

While we are right to be astounded that Democrats, who need to win back the Rust Belt, still insist on taking a stroll down the Rue de Macron, we should be even more astonished to see politicians just on the other side of the English Channel doing the same.

First of all, the Labour Party, which had its worst showing since 1935 in the recent general election, largely due to its traditional northern stronghold flipping to the Tories, is in the process of selecting a new leader. The three remaining candidates -- Keir Starmer, Lisa Nandy, and Rebecca Long-Bailey -- have been doing their best to out-socialist each other while also distancing themselves from Jeremy Corbyn, the hard-left leader they're vying to replace.

While all three aspirants have attempted to court the wild-eyed environmentalist/Extinction Rebellion vote, Long-Bailey has gone the furthest, calling for ruinous taxes to be imposed on British oil and gas companies as part of her long-term goal of a "Green Industrial Revolution." Here is a report on her proposed “climate justice fund”:

Fossil fuel companies must pay for the damage caused by extreme weather due to the climate emergency such as the floods devastating parts of England, the Labour leadership contender Rebecca Long-Bailey has said. Long-Bailey, the most leftwing candidate in the contest, said she was calling for a “climate justice fund” to support affected households and communities, paid for by a windfall tax on oil and gas companies “responsible for knowingly heating our planet to dangerous levels.” This would include help towards affordable insurance for those suffering from repeated flooding, she said...

[Long-Bailey] said her version of a tax on oil and gas companies would go directly to communities affected by the climate emergency. “Fossil fuel executives have known for decades that their profiteering from the extraction of oil and gas would lead here: to dangerously high global temperatures and devastating weather events,” she said. “Fossil fuel companies must be made to pay for damage from the impacts they have already locked in.

“Flooding damage costs £2bn every year in England and Wales, and without deep cuts in emissions that could rise to £21bn after 2050. These costs are currently passed on to all homeowners in the form of higher insurance premiums, while properties built after 2009 and small businesses aren’t protected at all...." Her team said taxing oil companies would not put prices up at the pump, as oil is a globally traded commodity.

I love the confidence with which her campaign makes that obviously untrue assertion in that last line. Whether or not the flooding itself can be blamed on oil and gas extraction, their reference to the cost of flooding being "passed on to all homeowners in the form of higher insurance premiums" suggests that they are aware that, ultimately, major costs like this have a tendency to trickle down. Why, then, wouldn't the cost of her tax be passed along to consumers at the pump? The bit about oil being traded globally is a red herring.

So it's difficult to understand Long-Bailey's play here. In order to get back to being a serious party, Labour needs to be competitive outside of London. Wooing back those working class voters in the North whose forebears have voted for Labour since the days of Keir Hardie is essential. Brexit was the dominant issue in British politics for years and it is likely that a lot of people in the North held their noses and pulled their lever for the party which promised to finally put it to bed. If you are Rebecca Long-Bailey, or really any potential Labour leader, why would you pledge to enact a policy which would make their lives harder?

Now, lefties alienating their constituents might seem like great news for us right-of-center types, especially with Boris Johnson and his chief strategist Dominic Cummings having pledged to do whatever they can to permanently move into the Tory Party those who merely "lent" them their votes in the recent election. Except... Boris and Dominic seem set on keeping pace with the enviro-nuts on the opposition benches:

Britain's 37 million drivers could face the first fuel duty rise in a decade next month. They may be targeted in the Budget as Boris Johnson’s all- powerful adviser Dominic Cummings eyes up a £4 billion spending pot. He wants to end the fuel duty freeze, which has been in place since 2010 and saves drivers about £1.50 every time they fill up. The tax will probably go up by the rate of inflation, putting 2p on a litre of fuel. However, the rise might be delayed until next year.

Mr Cummings wants to use fuel tax to fund the PM’s promised spending on infrastructure outside the capital, Treasury sources say. Some in No 10 believe it will also boost the Tories’ reputation on the environment. During the election, the PM told The Sun he had “absolutely no intention” of raising fuel duty. But allies of Mr Johnson and the new Chancellor [Rishi Sunak] refused to rule it out.

So Johnson and Cummings are willing to risk alienating blue-collar voters by raising fuel taxes in order to generate some cash and "boost the Tories’ reputation on the environment." There's no other way to describe that than as a slap in the face to the working men and women who carried them to victory in December, as some of the countries new Northern MPs are now pointing out.

Moreover, Johnson has refused to challenge a law passed by his predecessor Theresa May that requires Great Britain to have net-zero greenhouse emissions within 30 years. Two new reports by the Global Warming Policy Forum delve into what this would actually mean:

The reports find that decarbonising the electricity system and domestic housing in the next three decades will cost over £2.3 trillion pounds. The final bill will surpass £3 trillion, or £100,000 per household, once the cost of decarbonising major emitting sectors like manufacturing, transport and agriculture are included....

According to the Committee on Climate Change (CCC) the costs for Net Zero in 2050 are ‘manageable’: “…we estimate an increased annual resource cost to the UK economy from reaching a net-zero [greenhouse gas] target that will rise to around 1–2% of GDP by 2050.”

Yet, the CCC has resisted attempts to have its calculations disclosed under FOI legislation. Even more remarkably, it has admitted that it has not actually calculated a cost for the period 2020–2049. The decision by Parliament to undertake the complete decarbonisation of the UK economy is thus uncosted.

According to GWPF director Benny Peiser, the two new studies represent the first meaningful attempts to pin down the cost of net zero: “Although the Committee on Climate Change claims that net zero can be achieved at modest cost, they have now quietly admitted that they have not actually prepared any detailed costing. Unfortunately, Parliament seems to have taken them at their word, and we are now embarked on a project that risks to bankrupt the country.”

James Delingpole, commenting on the GWPF's reports, hits the nail on the head:

Boris Johnson’s net zero by 2050 scheme — so far largely unopposed and uncriticised, even by Conservative MPs — is an uncosted, ill-considered, virtue-signalling disaster in which the British economy will be forced to commit unilateral energy suicide to no purpose while the fossil-fuel economies of China, the U.S., India and Brazil continue to grow and grow.

All of which is to say, the leadership of both the Conservative and Labour parties would do well to learn a few lessons from Macron's experience. The French president's approval ratings currently sit in the low 30% range and recent polling puts dissatisfaction with his performance at 68%. Whichever party manages to speak to the issues of those disaffected workers is likely to dominate in the future in Britain. And if neither of them do, well, perhaps neither of those parties will have a future.