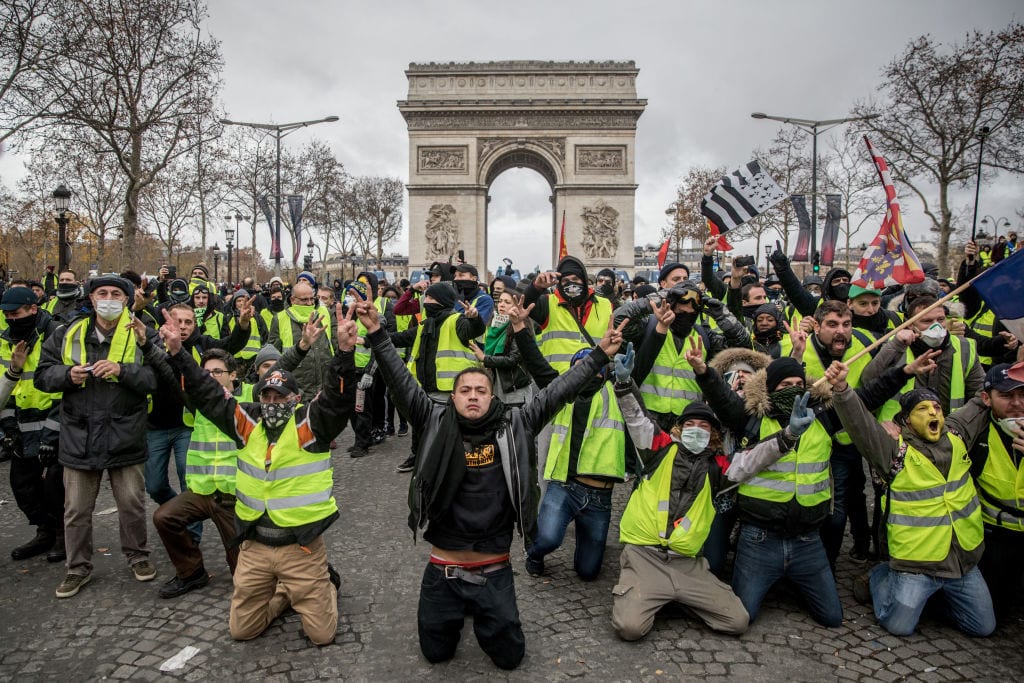 Ever since the one-two punch of 2016 (I speak of course of the outcome of the UK's Brexit referendum and the election of Donald Trump the following fall), the media has been scrambling to explain the rise of populism throughout the western world, a phenomenon which they had hardly noticed before.

Populism has proved a perplexing topic for our enlightened commentariat, unused as they are to taking seriously the views of anyone who doesn't already agree with them. And so many (though not all) have decided that, instead of trying to understand the concerns of people who didn't major in Grievance Studies at Brown, it is just easier to assume that all of those Americans who voted for Donald Trump, all of those Brits who voted for independence, all the Frenchmen in their yellow vests, the Albertans talking about secession, and the Italians, Poles, and Hungarians who are making Angela Merkel sad are just, you know, bigots.

Which is unfortunate, because, really, while populism has many facets, it isn't that difficult a topic to understand. It is simply the result of a lot of regular people throughout the western world coming to accept, at long last, that the ruling class doesn't have their interests at heart. They were working away, just like their parents and grandparents before them, trying to make a better life for their children, and then they woke up one day and realized that the people with real power in their countries don't care a fig for them or their children, and think nothing of making their lives harder if it will get them some notice from the Davos set or an invite to a conference on Our Sustainable Future.

To take just one not-entirely-random example, the Gilets Jaunes, or Yellow Vest Protesters in France. Those protests have died down recently, but here is the French conservative commentator Pascal-Emmanuel Gobry writing about them in early 2019:

[T]he Yellow Vests... are protests by the people who don’t protest. The Yellow Vests are drawn from France’s lower middle class, people who don’t protest because they have unglamorous jobs they must go to, unlike the welfare recipients, students, civil servants, and unionized workers who typically take to the streets.
In part, they fit the stereotype of the recently much-scrutinized Trump and Brexit voters—the losers of globalization and technological change, whose wages have stagnated for decades, who live on the cliff-edge of economic insecurity, who fear that their children will have it worse than they do. But in part, they are a product of the French system: people who make just enough money to fail to qualify for most social programs, but not enough to live comfortably, even as the country’s elite keeps doing better.

Little surprise, then, that gasoline taxes should have been the spark that set off the powder keg. In the city centers and banlieues, public transport is cheap, available, and high-quality. In the French exurbs, as in America, driving is simply a necessary part of life and work. But there is another layer to this: What set off the Yellow Vests protests specifically was taxes on diesel. For as long as I can remember, the French government has had a deliberate policy of encouraging the purchase of more-expensive, more-efficient diesel cars by keeping taxes on diesel fuel comparatively low. Far more than dissatisfaction with green-friendly policies, this dual aspect of the tax increase—raiding the pocketbooks of people who can scarcely afford it while betraying public trust—is what accounts for why dissatisfaction turned to rage.

So for decades the French government pressured regular people to buy diesel cars for environmental reasons, until Emmanuel Macron became President and decided that to really shake things up he would jack up taxes on diesel as well. No wonder thousands took to the streets, and in the vests they are required by law to keep in their cars.

I've been thinking of the Yellow Vests particularly today as I've been reading a report by the Institute for Energy Research which argues that if the Green New Deal - Alexandria Ocasio-Cortez and Ed Markey's package of environmentalist legislation endorsed to some degree or other by every major Democratic candidate for the Presidency -- is enacted, gasoline prices in the U.S. would reach as high as $13 per gallon, once the new taxes were factored in. (For context, the national average gasoline price in the United States is $2.448 according to AAA).

Now, it seems unlikely that, barring some national emergency, we would see $13 per gallon gas any time soon, even if AOC herself were elected President in November. But the fact that America's elite are flying around the world touting proposals they only half understand which, in practice, would mean my paying $273 every time I fill up the tank of my minivan -- not to mention the immediate end of countless jobs. That should give you a sense of what they really think about you. Which is to say: Not Much.

So, where did all of this populism come from? Such a mystery.