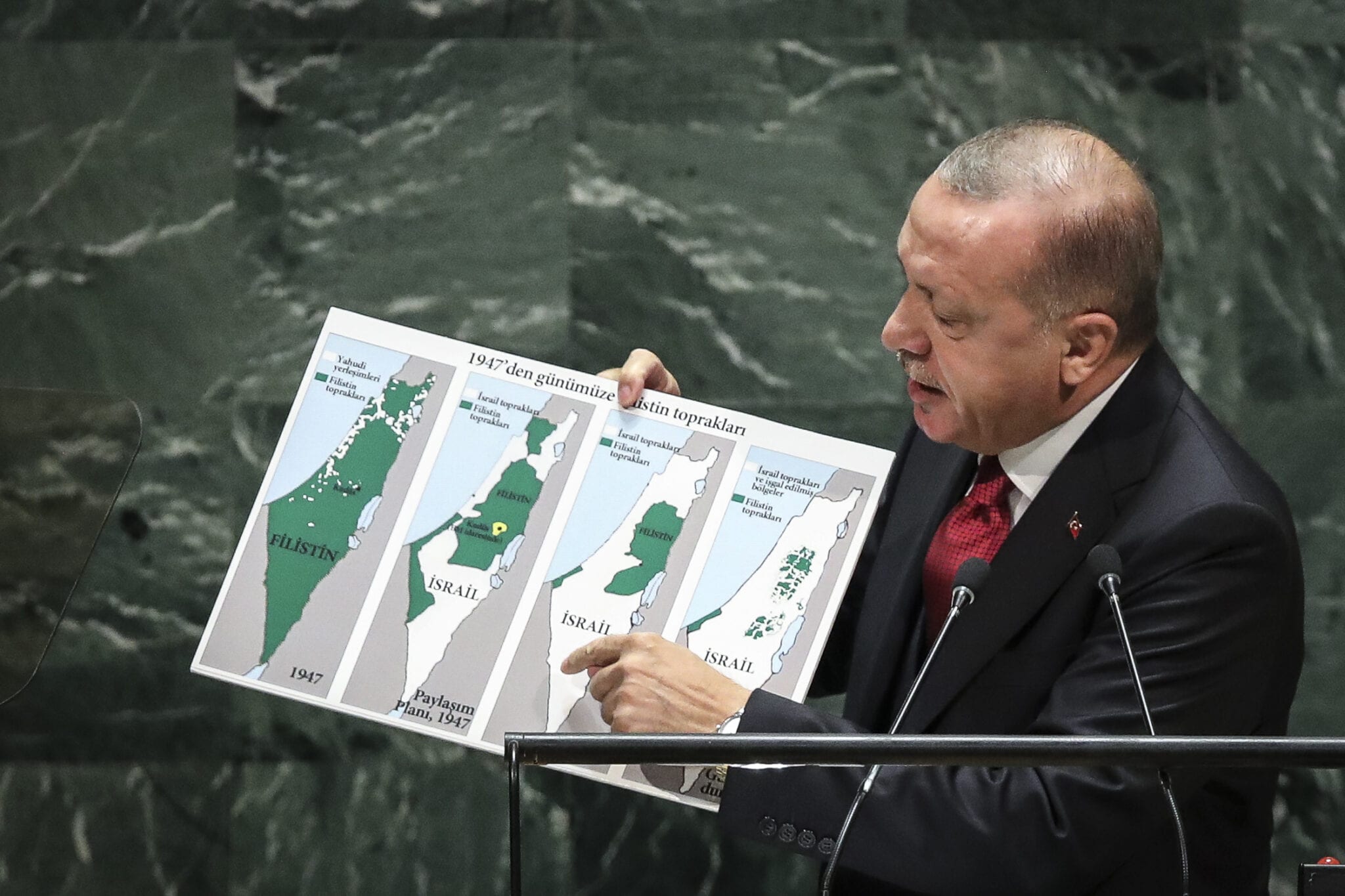 The European Union imports about 70 percent of its natural gas, 37 percent of which comes from Russia, giving Putin considerable sway over it. That looks like it may finally be about to change as Cyprus, Greece and Israel appear to have clinched a deal to build a sub-seawater pipeline, the EastMed Pipeline, from Israel’s enormous offshore fields (Tamar—West of Haifa -- and Leviathan, southwest of the Tamar field) to Cyprus and from there on to Greece and Italy. Two other Israeli gas fields, Tarish and Tanen, are earmarked for domestic consumption.

But the expensive project still has a significant opponent—Turkey’s strongman, Recep Tayyip Erdogan.

It’s been more than 30 years since Golda Meir voiced her complaint: ”Let me tell you something that we Israelis have against Moses. He took us 40 years through the desert in order too bring us to the one spot in the Middle East that has no oil.”

Still, the complaint that Israel lacked fossil fuel was premature, for while Israel may lack oil it has for some years been sitting on enormous deposits of offshore nature gas (trillions of cubic feet of it), so much, in fact, that they cannot use it all. Legal Insurrection has been documenting the finds for seven years and provides a convenient history of them. Israel has been selling some to Jordan and Egypt, but the new fields are so enormous that other markets could also be served, although it will take significant investment and engineering and diplomatic skills to make this a reality.

Working with Noble Energy and the governments of Cyprus and Greece, and fending off domestic environmental opponents, the Israeli government has been able to greenlight the EastMed pipeline project, which is expected to carry 10 billion cubic meters of natural gas per annum with a potential to double that amount.

The countries aim to reach a final investment decision by 2022 and have the 6 billion euro ($6.86 billion) pipeline completed by 2025 to help Europe diversify its energy resources.

A land and sea survey is currently underway to determine the route of the 1,900-km (1,200-mile) pipeline. The European Union and the pipeline’s owner IGI Poseidon, a joint venture between Greek gas firm DEPA and Italian energy group Edison, have each invested 35 million euros in the planning.

At the moment, besides Russia, the major pipelines supplying Europe originate in Algeria, since the once-functioning pipeline from Libya is now cut off. Pipelines are unique in that they require belief in consistent diplomatic relations and a secure supply chain.

Unlike oil, gas neither flows to spot markets nor is sold en route to a consumer. There is no global market price like Brent Sweet Crude for oil. Gas is priced unique to each deal, nation or region. It is not globally traded as a commodity. The infrastructure to transmit gas—either via pipelines or liquefaction—is so complex, demanding, and expensive that marketing agreements and supply patterns are locked in for the long term, indeed years before the molecules even flow. Even liquefied natural gas (LNG) shipped from port to port is essentially a “locked” structure much like train lines.

The countries supplying and receiving the gas, therefore, tether their critical energy policies to the expectation of a particular supply chain, and to a particular diplomatic relationship. Since the severing of a particular source of gas is not easily replaced in an ad hoc fashion by oversupply from elsewhere, it is strategically important for a nation, even when it only represents a relatively small portion of its overall supply. Thus, even modest amounts of Israeli gas exports can carry significant strategic leverage.

Something like 18 percent of Europe’s gas comes through Algeria, and Europe is smart to seek diversification of its supplies from more stable sources.

Will the creation of the EastMed pipeline substantially shift Israeli-European relations? If built, mostly likely the answer is yes. I expect it may well also lessen Vladimir Putin’s grip on Europe, reducing its dominant role in providing critical energy resources. On the other hand, the pipeline has not yet begun construction and it's almost certain to face Turkish opposition. Putin’s not the only leader who must be viewing this deal with concern.

According to the Financial Times, President Recep Tayyip Erdogan claims his country’s maritime rights cross the planned EastMed pipeline route. Like Tony Soprano he wants to “get his beak in,” and seems poised to demand a cut of the revenue.

The region has the potential to become one of the last great fossil fuel plays — with bountiful gas to supply energy-poor countries around the basin, with enough left over to export...

The initial target is to provide the fuel to drive Egypt’s growing economy. Longer-term, some energy executives believe they will be able to pump gas supplies into southern Europe, reducing the region’s reliance on Russia.  But Turkey — excluded due to its fraught relations with many of the other players in the region — could stymie those ambitions. Mr. Erdogan has responded to being left out of his neighbours’43211 co-operation by sending the Turkish navy to intimidate drill ships belonging to international oil companies and dispatching his own exploration vessels.

What began as a dispute between Turkey and Cyprus is fuelling a regional power game, drawing in nations as far away as the Gulf, and causing deep unease in the EU and the US. The latest flashpoint is Libya, where Turkey this year expanded its military presence after sealing an agreement with a UN-backed government in Tripoli that could enable Ankara to drill for oil and gas off the Libyan coast.

Erdogan seems at least as big a challenge to Europe on this issue as he does on immigration, and his strengthened ties to the government of Libya (as Russia has historically maintained) give him added clout. The E.U.’s inability to deter his aggression doesn’t provide much reason for optimism.