Why Do the Greens Hate the Environment? 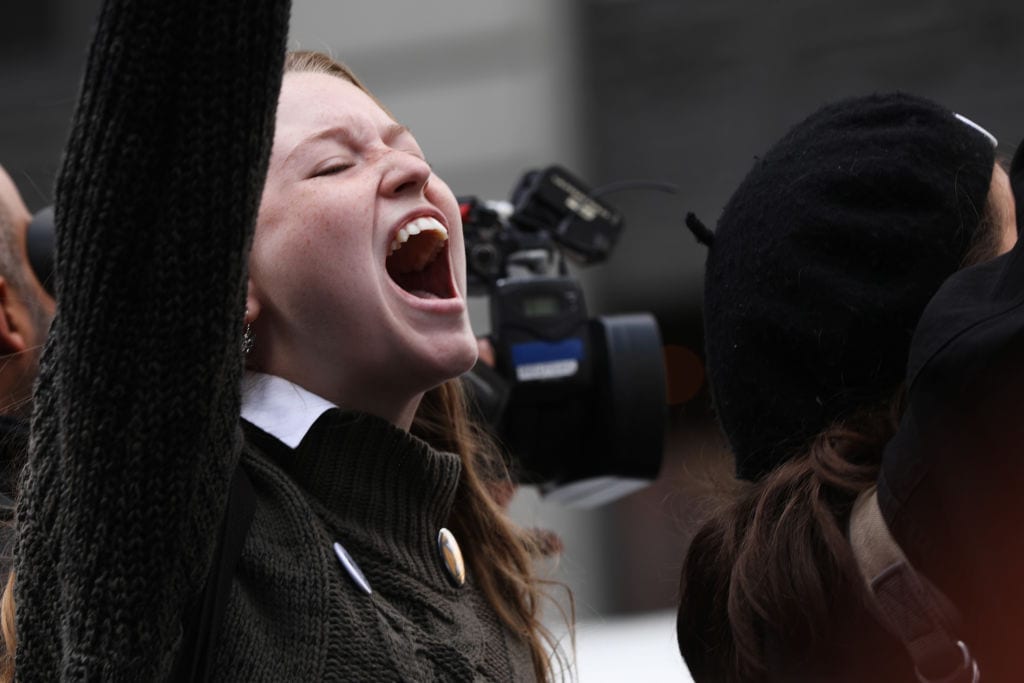 Let’s start with the axiomatic: the green lobby hates the environment. How do we know this?

Who are these “greenies?” They same people rallying for various and sundry lefty causes – abortion, womyn’s rights, the environment, whatever. And what do they leave behind these rallies? Tons of trash. Do rallies for GOP causes leave this much trash behind? No. Is this trash all over sidewalks, curbs, street, parks, a sign of loving the environment? Nope.

Maybe they were too busy putting on weird hats.

Were the BLM/Antifa riots, burning down cities, torching hundreds of cars, good for the environment? Well – no. If cows farting is bad for the environment, what do you suppose thousands of tons of ash, CO2, CO, methane, oil-smoke, burning tires and burning car batteries are going to do to the air and climate?

How about “environmental” “warriors” burning cars at car dealerships? Good for the environment? Umm. No. 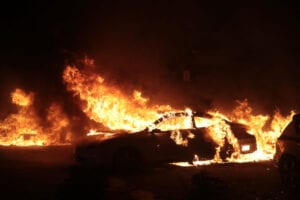 But think of the planet!

In San Francisco, Los Angeles, and other large – Democrat – metros, people … uh… relieve … themselves on the street, on the sidewalk. Results? Feces washing into storm drains that run directly to the ocean. Filth and disease are not good for the environment. In fact, one could say that those supporting this filth are enemies of the environment – and one would be correct. Even the indigenous peoples in North America didn’t just drop and leave it – they cared more about the environment, disease, smell, sanitation – than today’s “modern” lefties.

These are the same people calling for socialism. What are the environmental results of socialism? After the USSR opened up (when socialism failed utterly), we saw what it had wrought: Environmental catastrophe. The book about it was called “Ecocide.” That’s not a journal of environmental care.

Where do people care about the environment? Where they can afford to. Where their normal needs for food, shelter, safety are met. If you’ve traveled to the third world (Or California’s Central Valley, or Skid Row in Los Angeles, or just about any street in San Francisco) you know that the environment is the last thing on their minds. Why? Lack of capitalism – rejection of capitalism at the behest of the same academic and NGO lefties that fill-up our streets and parks with trash after a rally celebrating their care for the environment.

Look at the results of Democrat polices in California. If you think miles of homeless living in tents at the side of the road, lacking access to sanitation are good for the environment, then you probably also think that socialism results in wealth used by first world countries to care about their environment. Problem? It doesn’t; it’s the opposite. 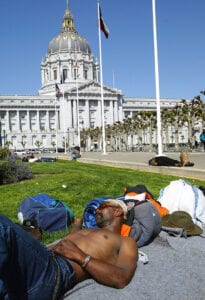 He left his shirt in San Francisco.

But the Green Lobby wants to get rid of all those polluting systems that create electricity, replacing them with wind farms, right? Better?

But – solar! Ok. What does solar require? Rare earths. Where are those mined? China, Afghanistan, Africa. Raise your hand if you think these countries have solid environmental records. No hands? Shocker.

But – batteries! Cool – mine the world’s lithium to make batteries to store electricity.

How about we just make electricity as we use it? You know, in a “power plant?” No lithium, no millions of tons of iron ore, no 200-foot blades buried for thousands of years.

These – all – are pathologies of a left that pretends to care about the environment: Waste on the streets, burning down cities, strip-mining the planet, ensuring society goes broke.

The Green Agenda has just about zero positive, and innumerable negative consequences for the environment and society. Add the socialism demanded by this same cohort? Ecocide on steroids.

And all to reduce the global temperate in 100 years by less than one degree C. Maybe. For $100 TRILLION dollars. Actually. Either these people are dumb as bricks – or they hate the environment. There is no middle ground here.

If these people did not hate the environment and did believe in reducing the impact (if any) of greenhouse gases on the climate, what would they support, unflinchingly? Nuclear. You know, as does one of the founders of Greenpeace. Do you want baseload energy? A modern world? A clean environment? No more GHG released (well, at least other than the billions of tons from volcanoes – the left hasn’t yet figured out how to plug those menaces…)? 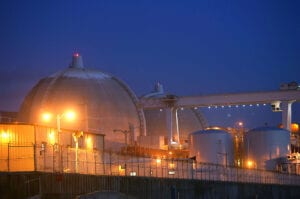 There is one and only one answer, and the lefties hate it: Nuclear. Progress the left wants to give away. So they can leave tons of trash on the ground. So they can make the economy such that no excess wealth exists for cleaning-up the environment. So they can despoil thousands of acres of earth with strip-mining for rare earths – well, at least it won’t be in their backyards…

If they did not hate the environment and wanted it cleaner than today, the left would support nuclear power and capitalism. That they don’t leaves only one response: They hate the environment – and all this “climate change” nonsense is just about control. But you knew that.