What’s Behind The Green Door? 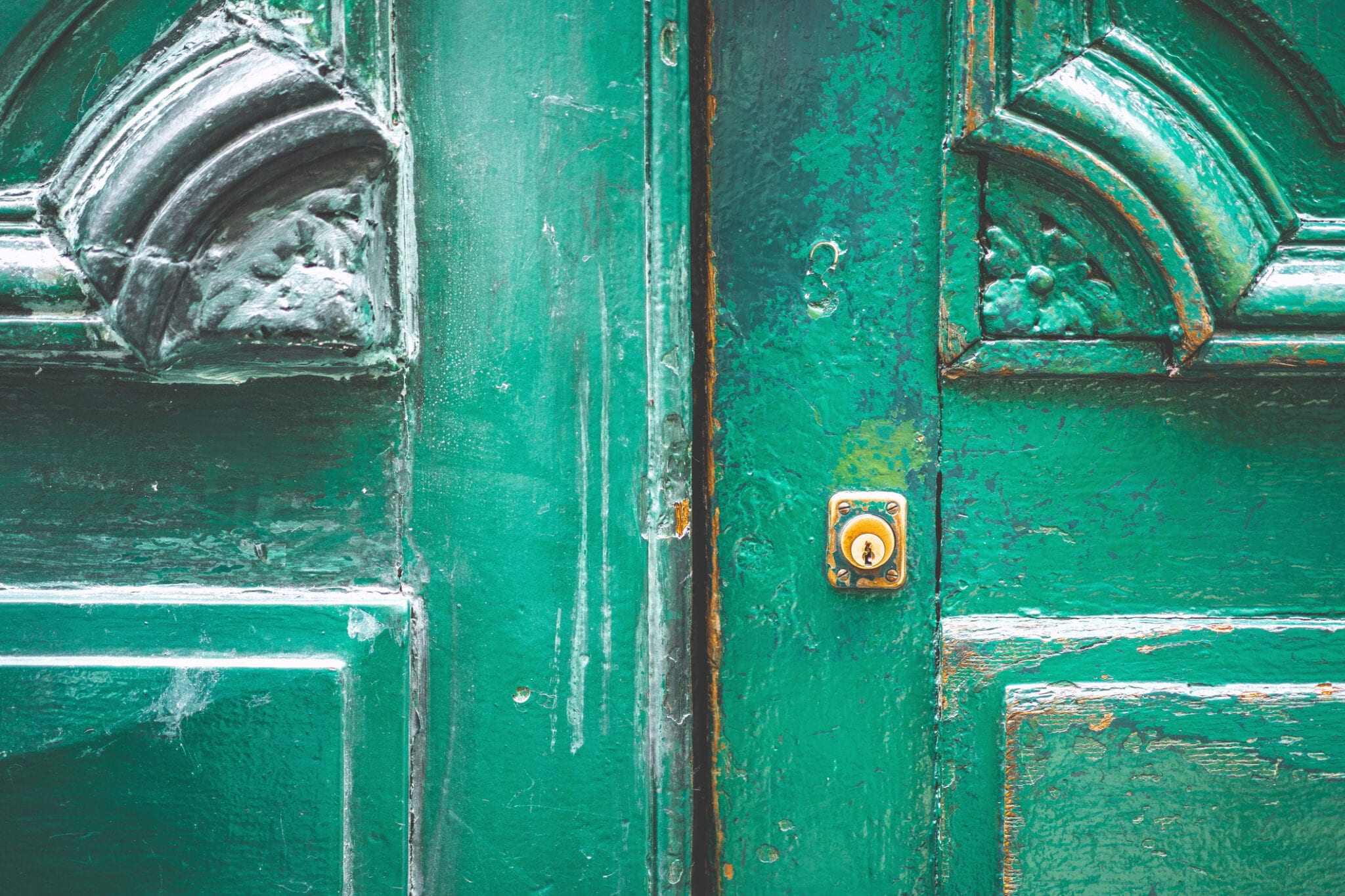 Not that Green Door.

Looking up environmental sources under the variable heading “Green,” I came across a reference to a 1956 pop tune, “Green Door,” which had soared to the top of the hit parade charts. The question it posed was, “what’s behind the green door” and the answer it gave was a boisterous group of party animals who “laugh a lot” and whom the singer wished desperately to join: “All I want to do is join the happy crowd behind the green door.” The song’s open sesame “Joe sent me” didn’t cut any ice since “hospitality’s thin there.” The correct password, proleptically speaking, would have been “Al sent me.” After all, Al Gore has sent so many people through the green door that a vast new edifice has become necessary to house the “happy crowd” that grows by the day.

True, the Greenies by and large cannot be portrayed as a merry band of revelers. They are generally earnest and forbidding to a fault, self-righteous and censorious. They don’t laugh a lot and are certainly not a perky, convivial crowd. They are proud of their ostensible bona fides and redemptive proclivities as Mother Nature’s savior and mankind’s conscience. Many of the Greenies are academics draped in diplomas which they take as an infallible sign of prescient wisdom, but are really of no more value than ink stamps that allow them into the club.

Still, this is not the issue. The issue is that, competent or incompetent, charlatans or believers, they find the party too good to pass up. They want in and they want to stay in, even at the risk of eventually bringing their credentials into disrepute. The perks, awards, government subsidies, academic fellowships, scientific laurels, corporate subventions, endowments and research grants just keep rolling in to keep the party going. And the green door has swung wide open to welcome the climate beneficiaries while it remains shut tight to the uninvited. Hospitality’s thin there.

As the song puts it, “they play it hot behind the green door.” According to Green lore, the earth is warming catastrophically. Oceans will rise. Polar bears will soon become extinct. Snow will cease to fall. Greenland will melt. The Himalayas are puddle-bound. Land and sea will be despoiled by pipeline spills. Whole populations will starve. The world will come to an end if we don’t change our habits of consumption and our expectations for a viable and prosperous future. Only wind and solar can save us from the looming eco-apocalypse. 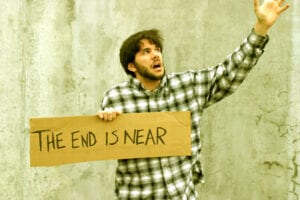 That’s the party mantra. If we ignore the portents, then one thing is certain. The end is nigh!

Predictive failure does not deter ideological zealots. A disaster must arrive someday to confirm their forecast and justify their program for salvation. It matters little if their timetable is off by ten, twenty, or a thousand years since, under the aspect of eternity, a cataclysm is bound to happen in seculae seculorum. The mathematics can always be redone in the light of a grisly but accommodating future to which only they have privileged access. It is they who stand before the burning bush of the world and hear the voice of the Lord. For this pixilated mentality, being wrong over and over is a sure sign that they will be right once. The end-of-the-world fanatics merely keep revising their calculations, relying on a new revelation to perfect their reckoning and reinforce their delusion. They have managed to turn science into divination.

The problem is that wind and solar don’t work as they should or are projected to. The reason for many of the failures in green energy-production companies—Spectrawatt, Ener 1, Abound Solar, Solyndra,  etc.—is simple. As noted environmental consultant, author, and Pipeline contributor Rich Trzupek, author of How the EPAs Green Tyranny is Stifling America, explains, the energy density of convertible wind and solar is risibly low and dispersed, which renders green, electricity-generating power plants, whether large or small, “the most inefficient, least reliable, and expensive form of power we have.” As Trzupek jestingly remarks, “‘climate change’ is a figment of a computer’s imagination.”

But this has not prevented the climate models from becoming the Authorized Version. The Global Warming meme continues to circulate in defiance of accumulating evidence to the contrary, which leads one to wonder who the real “deniers” are. “Warmist” foundations and nonprofits are determined to continue issuing environmental fatwas, in particular to tie up state-of-the-art, economically productive oil pipelines in endless litigation, impacting national revenues and costing hundreds of thousands of jobs, as well as innumerable spin-off markets and enterprises.

Unsightly government approved wind farms are killing birds in hecatombs, disfiguring the landscape, leading to wildlife habitat loss, polluting the soil and ground water, adding steeply to electricity bills and literally driving people crazy (Wind turbine Syndrome). Government and industry supporters of solar panels base their projections on the presumed success of the German solar model. But the German wind and solar experiment is tanking fast. It may soon become obsolete and is gradually being wound down.

With respect to solar, researchers at Utah State University have found that solar power “cannot sustain itself in the energy market… it is intermittent, inefficient and cannot meet demand,” as is also the case with wind. Mandates and subsidies cannot save these faltering industries. Pipedreams are no substitute for pipelines. Solar alchemy is as embarrassing as breaking wind.

None of the renewable proposals are feasible. The physics limit for wind turbines (the Betz limit) is too puny for anything but computer games. The same is true of the physics limit for solar cells (the Shockley-Queisser limit). Moreover, wind and solar function only when nature permits, which renders them unreliable. Even lobbying sites like iea wind (the Internet is awash with viridian proclamations) cannot hide the variability factor in wind and solar production. As Mark Mills of the Manhattan Institute concludes, “[T]he physics and economics of energy combined with scale realities make it clear that there is no possibility of anything resembling a radically ‘new energy economy’ in the foreseeable future.”

It’s time to face the truth. The global warning refrain is now a tiresome tune being played on an “old piano,” though they’re still “playing it hot.” The song concludes with the question: “Green door, what’s that secret you’re keeping?”

The secret is that demonizing traditional forms of energy extraction and application has become a recipe for economic debacle. The secret is that carbon is not a malefic agent but a chemical miracle that actually greens the world. Finally, the secret behind the green door is that some of the party-goers are surely aware that their testimony is spurious, but the party is just too good to leave. That’s a secret that must remain secret.