Up the Garden Path, By the Nose, Down Under 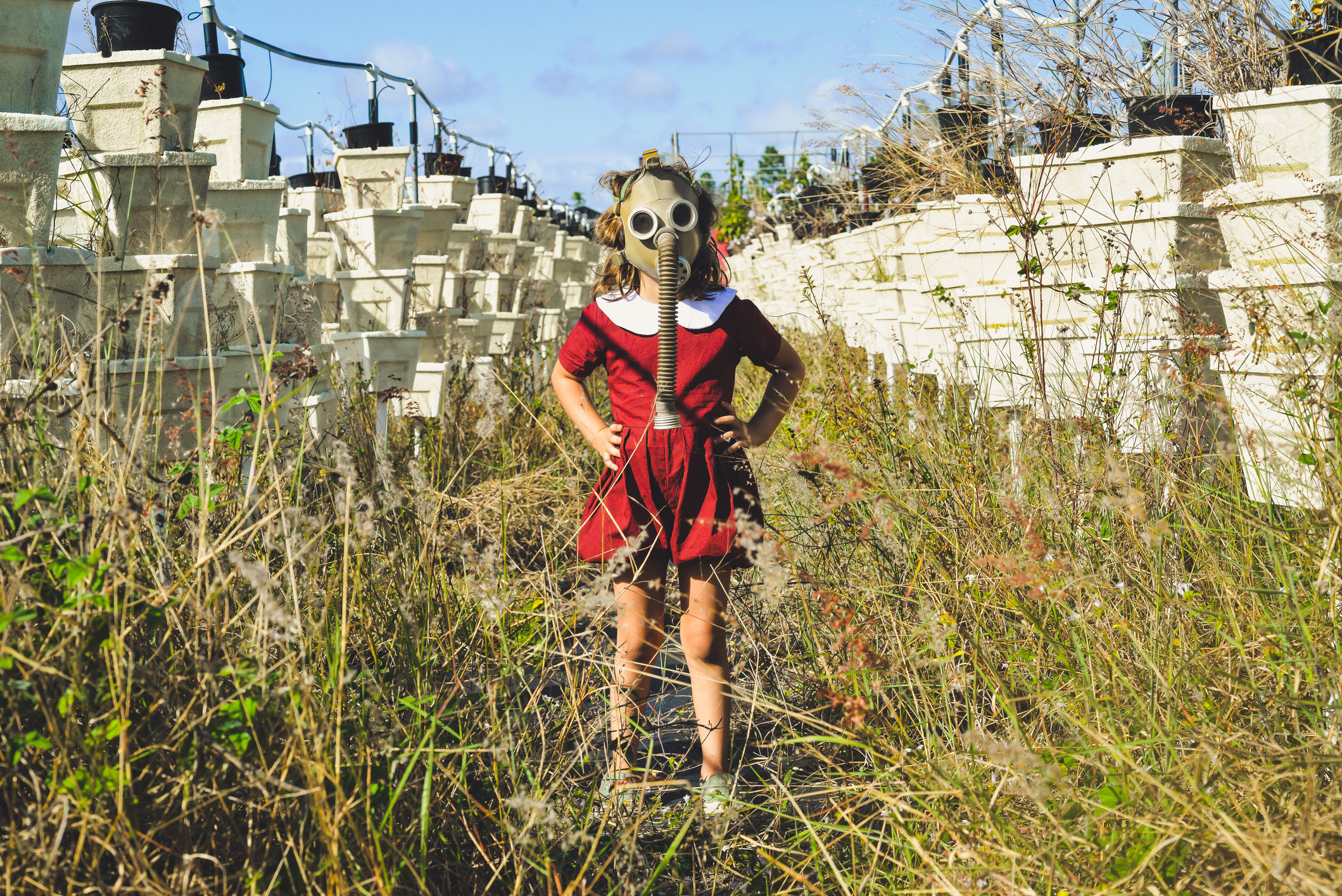 Is politics downstream from culture, as the late Andrew Breitbart suggested? Hard to accept when we see the calibre of current-day politicians. Easier to blame them for bringing civilisation to the brink of savagery rather than seeing them as mere symptoms of a broad malaise. Yet, climate change and Covid have surely laid bare the awful truth. The first and second estates completely reflect the weight of their constituents’ wishes. Namely, it seems, to be led by the nose up the garden path.

Australia’s prime minister, Scott Morrison, has called an election for May 21; which he will lose if the polls are half right. If he does lose, the country will go from where it is now, woke, green and tribal, to being even more woke, green and tribal. That’s the situation, because that’s what the majority of people want. There is no other explanation.

My Sunday newspaper selected a number of voters from a regional “battleground” electorate to interview. One, a seventy-year-old surf shop owner, reportedly said this: “The Liberals [Australia's "conservative" party] are not taking climate change seriously and need to be thrown out of government because that’s what’s affecting me and all my fifty workers.” 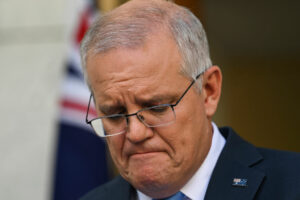 Based solely on his picture in the paper, this chap looked normal. At the same, we ought to be wary. He believes, without hint of embarrassment, that if the Australian government had taken "climate change" more seriously, he and his workers would be better off. More sunshine, bigger surfs? Who knows what and how he thinks? What we know is that insanity is spotted only in stark relief.

If we came across a town where everyone wears odd shoes and funny hats, we’d put it down to local fashion. The idiocy of the surf shop owner doesn’t stand out, because his views are not out of keeping with the prevailing zeitgeist. My local federal member is the very wet Trent Zimmerman. He is totally onboard with net-zero by 2050, as he is with most woke causes. Nonetheless, he is at risk from one of a cohort of thirteen well-funded so-called independents, all of whom want net-zero by 2040. All operate under the banner of Climate 200. All, not incidentally, are professional white women of comely appearance. Their patron, Simon Holmes à Court, is a very rich white man. White everywhere. Ye gads! Is the privilege real after all? Oh, do come on. The green left, as a protected species, is incapable of racism.

Trent would not be in trouble if most of those living in my well-heeled electorate were more than halfway sensible. But then a climate skeptic might get up, which is a risible proposition. Most everyone I meet these days has imbibed the climate Kool-Aid. In my personal experience, the outlandish idea that we’re not close to a climate Armageddon is entertained only by small groups of dissident conservatives meeting furtively in coffee shops, like the early Christians in Rome.

Covid’s the same. State premiers who introduced the most onerous of restrictions, Daniel Andrews (Victoria) is well up in the polls ahead of November’s state election and Mark McGowan (Western Australia) and Annastacia Palaszczuk (Queensland) were swept back into power with increased majorities. 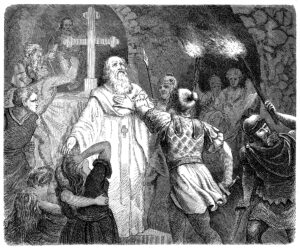 OK, I know hope still exists in parts of America, thank God; and in Hungary I suppose. But it’s gone in most of the western world and certainly gone in Australia. What of the third and fourth estates?

The fourth estate is history in Australia. Frills aside, all of the press is of one mind on the major issues. All have bought into climate change alarmism. All were gung-ho for Covid restrictions; the more onerous the better. There is no contrarian mainstream press. Larger markets in North America and Europe leave scope for conservatism. But for how long? I subscribe to the centre-right U.K. newspaper, The Telegraph, where you still get a quota of conservative commentary to savour. But climate-change skepticism? Not very much, if any at all.

As for the third estate, chancy business now and the future is ominous. Australian Federal Court judge Mordy Bromberg recently sided with a group of eight female teenagers and their litigation guardian (an eighty-six-year-old Catholic nun), intent on stopping a particular mining development in New South Wales. They brought a class action arguing that the federal minister for the environment had a common-law duty of care to young people by protecting them from climate change when considering the approval of new mines. They were represented by Equity Generation Lawyers, specialists in Australian climate change law, so they tell us. And who funds these climate-change legal frolics? Not Catholic nuns, I’d guess.

While the full Federal Court sensibly threw out Bromberg’s nonsensical ruling; will they do so in upcoming years? Law schools are busy making lawyers even more woke and left-wing than is their time-worn predisposition. It will only be relatively few years before death and retirement sees them monopolising the bench. It’s on the cards that Bromberg’s ruling will soon enough become part of common law, not only in Australia but across the Anglosphere.

Endangering flora or fauna are the favoured pretexts for waging lawfare on fossil-fuel projects. Eventually, if the developers have enough money and resilience, this means projects can get up. The Adani coal mine in Queensland for example; even if it did take eleven years and lots of money and resilience. But once something as amorphous as "contributing to climate change" becomes a legal barrier, there will be no avenue of escape; and no one will try.

The power of climate-change alarmists, and their accompanying carpetbaggers, to distort and replace rational thinking is beyond all doubt. Populace, duped. Politicians, deranged. Exemplar, Boris Johnson. Mainstream press, piping their tune. Legal fraternity, marionettes in waiting.

Not for the first time in human history; superstition, "the religion of feeble minds," as Edmund Burke put it, is triumphing over reason. Only a handful of conservative commentators on stations such as Fox News, GB News and Sky News (Australia), together with the rational wing of the (new) fifth estate, like The-Pipeline if you will, is keeping reason afloat. Something to cling to: after stoking fear and wreaking mayhem, superstitions always and inevitably implode, as antithetical facts pile up and reality breaks through.

3 comments on “Up the Garden Path, By the Nose, Down Under”