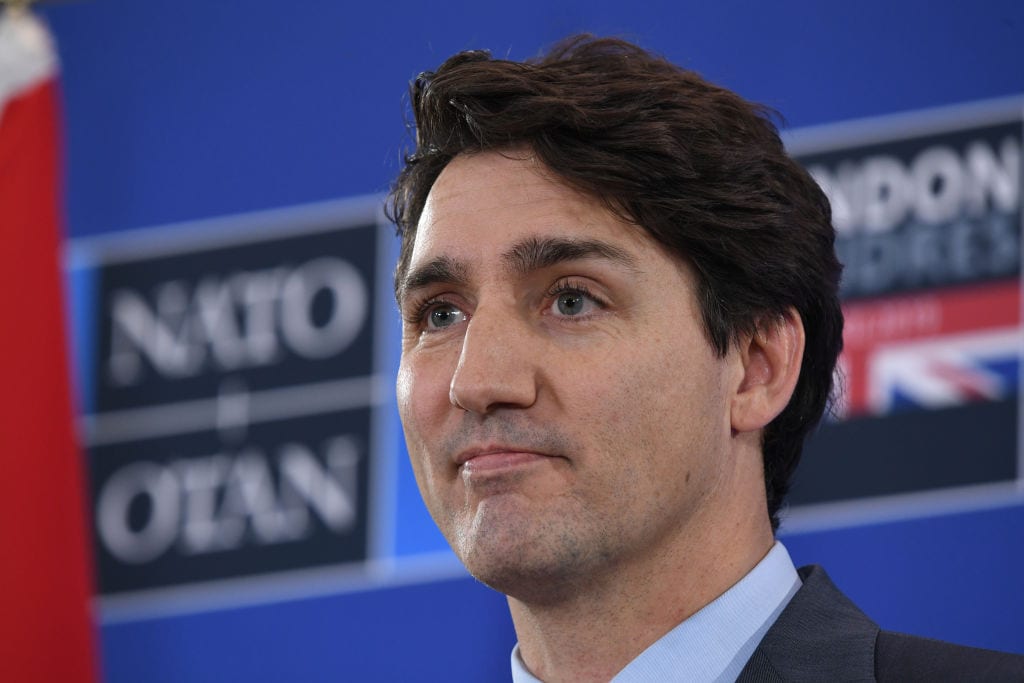 In order to understand the bizarre actions and behavior of Justin Trudeau (b. 12/25/71), Canada’s child emperor, one needs to know where he is coming from, the influences he imbibed growing up, and the pursuits he engaged in prior to entering politics. Such has already been attempted by journalist Jonathan Kay in an ingratiating article in Canada’s left-wing culture magazine The Walrus. Kay shed an editorial tear over Trudeau’s abandonment by his mother Margaret, admired Justin's alleged resilience and marveled over Trudeau’s book-lined shelves, considering him impressively learned and endowed with intellectual heft. “Trudeau probably reads more than any other politician I know,” Kay effused.

As a former editor at the National Post, Kay is surely aware that Justin is a mental lightweight compared to credentialed heavyweights such as recent Party leaders Stephen Harper, Stéphane Dion or Michael Ignatieff, scholars in their respective intellectual fields. A master of slavish extenuation, Kay explains that his subject’s “boyish, eager-to-please personality leads him to project publicly in a way that can seem intellectually unsophisticated.” The problem happens to be that Justin is indeed intellectually unsophisticated. Despite a few pro forma criticisms, Kay’s tribute was no exception to the partisan adulation that helped propel a self-infatuated tyro to 24 Sussex.

Trudeau’s father, flamboyant former Prime Minister Pierre Elliott Trudeau (1919-2000), was a dominating figure in Canada’s political theater but in many ways a disaster for the country. His opening the doors of immigration wide to the Third World in an effort to dilute the push for Québec independence, as Salim Mansur observes in Delectable Lie, was a grievous mistake, and we are suffering the aftermath today with a robust Muslim enclave roiling the nation’s peace and depleting its welfare resources. His repatriation of the Constitution in 1982 (which allowed Canada to change its basic law without approval from Great Britain) was also, in the opinion of many, a serious mistake, in effect adding fuel to the fire of the French Mouvement souverainiste du Québec that Trudeau wished to extinguish. 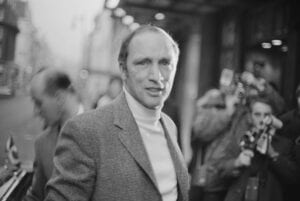 Chip off the old block?

His passing of the National Energy Program (NEP) in 1980 at the expense of Alberta’s economic health was another catastrophe, costing Alberta, as Paul Koring writes in iPolitics, “$100 billion and set[ting] exploration and extraction back by decades,” while serving to alienate Western Canada to the present day. Moreover, as Gwyn Morgan writes in the Financial Post, “During the 15 years that Pierre Trudeau was prime minister, federal spending rose from 30 to 53 percent of GDP.” His avowedly leftist politics and close friendships with dictators like Fidel Castro were a severe blow to the country’s democratic identity and Loyalist patrimony. Such is the elder Trudeau’s legacy to Canada.

Justin’s mother Margaret, née Sinclair, in her youth a Jacqueline Kennedy-type beauty, is now an advocate for sufferers from bipolar disorder. She is also remembered as a 1970s “wild child,” dancing at Studio 54, doing drugs, partying with the Rolling Stones, hobnobbing with the famous, enjoying various “relationships,” and abandoning her family in 1977, when Justin was still a little boy, before divorcing Pierre in 1984. In her memoir The Time of Your Life, she candidly confesses her “inner teenager” and her “passion for the present [that] has given me a joie de vivre and an ability to savour the various phases of my life.” She recalls her divorce from her much older husband:

I was a free-spirited hippie who yearned for wide-open spaces. He was disciplined and austere, and as prime minister of Canada, virtually had the weight of the nation on his shoulders. I didn’t really mature until I was in my fifties, and as a result, I spent years of my adult life doubting my ability to be truly responsible. 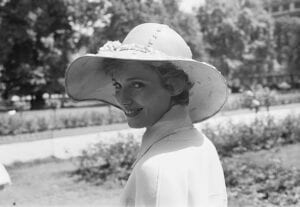 Though she is now restored to responsibility and involved in public projects, her influence on her son’s formative years along with a possible genetic contribution must count for something. No one escapes one’s mother.

Justin’s leftist sensibility clearly owes much to his father. His cataclysmic increase of the national debt and deficit is bred in the bone, as is his animus against Western Canada, formidably expressed in his destruction of Alberta’s oil and gas industry. “No country of Canada’s size, geography and climate could exist in its current form without cheap and plentiful coal, oil and natural gas,” warns David Yager in From Miracle to Menace: Alberta, A Carbon Story, but “investor confidence has been crushed” by confiscatory taxes, choking regulations and the banning of tankers and pipelines. And as Gwyn Morgan points out, “Justin Trudeau won’t admit that, like his dad, his ideology is one of tax-and-spend, anti-business and anti-Alberta-oil… It’s perfectly clear from his actions he is indeed his father’s son.”

Here I would add a caveat. The elder Trudeau was educated and accomplished, a graduate of several prestigious universities, a practicing lawyer and a founder of the influential critical review Cité Libre. The younger was a substitute high school drama teacher, nightclub bouncer and snowboarding instructor. As Edward Dougherty writes in a brilliant article for American Affairs treating in part the educational deficiencies of our political leaders, “Certainly, one cannot expect good political leadership from someone ignorant of political philosophy, history, or economics, or from someone lacking the political skill to work productively amid differing opinions.” This remark sums up Justin rather accurately. Nonetheless, he remains his father’s son, equally misguided, though without the erudition. He has his father’s insouciance but not his father’s substance.

At the same time, judging from the preposterous nature of his official and ideological acts—imposing a punitive and unnecessary carbon tax upon the country, sending needed PPE as well as cash to China (of all places) and the tarnished W.H.O., adhering to feminist doctrine and a parity cabinet ("Because it’s 2015," as he fatuously explained at the time), awarding $10.5 million plus apology to a Muslim terrorist, etc.—and his nonsensical personal behavior—preening in blackface, sitting humbly beside fake hunger artist and Attawapiskat chief Theresa Spence in her teepee on Victoria Island, sporting Muslim-themed socks while attending a Pride Parade, prancing about in Bollywood gear during a diplomatic visit to India, etc.—Trudeau also reveals himself as his mother’s son, a “free spirit” and irresponsible adolescent.

Writing in the National Post, Canada’s premier columnist Rex Murphy points out that Trudeau has spent the last two months “governing” from his cottage steps in the Gatineau Hills near Ottawa, delivering daily pronouncements while communicating with 28 world leaders in his quest for a temporary seat on the U.N. Security Council. The major hurdle, it appears, involves the approval of Fiji. “This is geopolitics as it is played by the masters,” Murphy quips, “Do we have Fiji on our side?” Meanwhile, unaccountable “billions upon billions are gushing out of Cottage life.” This is giddiness at the highest level. Trudeau was abandoned by his mother at the impressionable age of six. It seems he is repeating his childhood trauma with a frivolity reminiscent of his mother by abandoning the country he was elected to serve.

The only political advantages Justin Trudeau possesses are his mother’s good looks and his chic adherence to the “social justice” fads of the day. But he is, in my estimation, the worst prime minister in the history of the Canadian Confederation, as a perusal of Arthur Lower’s Colony to Nation or Michael Bliss’ Right Honourable Men should confirm. It is hard to find anyone in this disparate group more risible than Trudeau, including the ingenuous Joe Clark or the hapless Kim Campbell.

Jim Gehl, a commentator at The Pipeline, says that Justin’s “focus as Prime Minister has really been in three areas, gender equality, indigenous rights and climate change,” ditzy initiatives of which his mom would surely approve. But he is also an “economic illiterate,” very much like his dad whose fiscal mismanagement was arguably the Achilles heel of his stewardship. Admittedly, pop psychology is always as tempting as it is facile, but common sense suggests that Trudeau’s observable conduct indicates a strong parental character derivation. The apple doesn’t fall far from the genealogical tree.

A socialist and a socialite, Justin Trudeau has inherited his father’s demagogic politics and his mother’s feckless temperament, producing the cerebrally devastating cocktail we see in his current policies and behavior. His latest escapade is typical of an authoritarian personality ungrounded in reality, as exemplified by his announcement to develop and import, in collaboration with the Chinese company CanSinoBio, the Ad5-nCov coronavirus vaccine. Canada is the only nation to sign such an agreement with China, irrespective of the fact that China is where the virus originated and was allowed to spread while its nature was hidden. In true despotic fashion, and in violation of the Constitution, Trudeau is now contemplating making the vaccine mandatory for Canadians.

The country can scarcely survive so Harlequinesque a leader performing in a commedia dell’arte of national proportions, a ridiculous figure cavorting on the brink of the country’s fiscal implosion, health-policy imbecility and coming disintegration. As David Yager writes, “In Canada, the future is here today, and it is ugly.”