Charm Only Gets You So Far 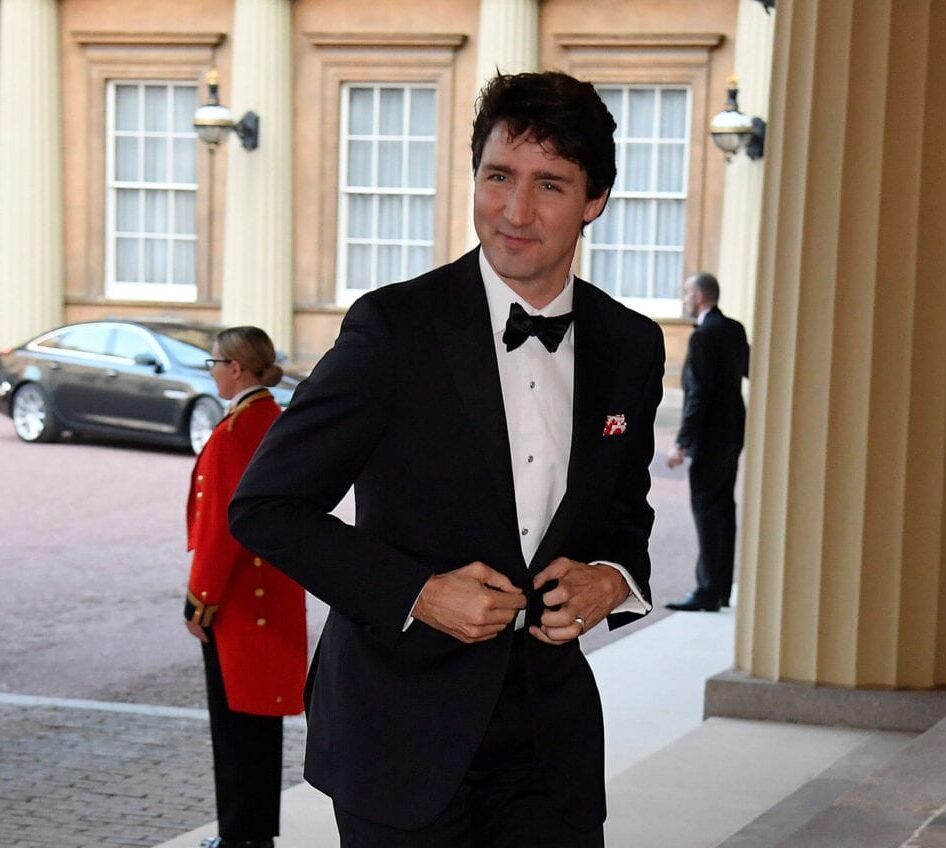 It's amazing that, during the Great Depression, movie-goers were so enamored of films which depicted a kind of glamour few of them would ever actually encounter. Ordinary Americans were out of work and struggling to put food on the table, but when they got a nickel ahead, they'd often put it towards watching, for instance, Fred Astaire, suitably attired in top hat, white tie, and tails, dancing with the elegant Ginger Rogers while surrounded by Art Deco finery.

You'd think that people mired in penury might see depictions of those we now call "the one percent" living it up in Manhattan and decide to tear it all down, like the sans-culottes of Revolutionary France. But the glamour of charming actors like Astaire or Cary Grant, they succeeded in momentarily lifting people from their dire state.

I found myself thinking upon this again while reading up on Canadian Prime Minister Justin Trudeau's latest scandal. For a quick summation, the Trudeau government announced a deal to pay WE Charity -- an international development organization -- up to $40 million to run a $900 million Covid-19 response program. There was initially some surprise that a charitable organization was given this task, that the program wasn't being run by the Federal government directly. Trudeau responded to this by claiming that WE's national contacts made them uniquely suited to administer such a program.

Shortly thereafter, however, it came out that WE had paid members of the Trudeau family -- including Justin himself, his wife, and his mother -- hundreds of thousands of dollars in speaking fees and travel expenses since he became Prime Minister. Finance Minister Bill Morneau was also implicated, his two daughters having worked for WE in different capacities and the charity having paid $41,000 in travel expenses for a trip he took to Kenya in 2017. Morneau admitted in testimony before the House of Commons finance committee that he'd only just paid back that money.

Needless to say, this looks bad. Then again, the SNC-Lavalin and blackface scandals of 2019 looked bad and Trudeau won reelection even after they came out, albeit with a minority government. But there is a difference this time, namely -- to paraphrase another well-known Canadian -- the lockdowns and the damage done.

Trudeau's popularity spiked as he responded to the COVID-19 pandemic. Of course, as one-time Tory finance minister, Joe Oliver, put it in a recent article, how could it not?

For months, [Trudeau] has doled out hundreds of billions of dollars to grateful Canadians. He has dominated the media with daily briefings, emoted empathy (a thespian skill that may be wearing thin) and shuttered Parliament so as to mute criticism.... [Moreover] the Conservatives do not yet have a permanent leader, the NDP bartered away its credibility, the Bloc does not resonate outside Quebec and the Greens are going nowhere.

But the costs are starting to become clear. Those "hundreds of billions of dollars" were financed with debt. Consequently, Fitch ultimately downgraded Canada's credit rating. As Jon Hartley explained at National Review, this is a particular problem for Canada because the Canadian dollar is not -- like the American -- a reserve currency, so the country's credit rating actually means something to investors, and borrowing will become increasingly expensive.

Hartly goes on to point out that Morneau "recently revealed that Canada’s projected 2020 deficit is now C$343 billion, a whopping 16 percent of GDP." But, because the lockdowns are ongoing (even as they seem to be driving people insane), the Trudeau government is likely to extend its current emergency relief programs for both businesses and individuals, this latter including the Canada Emergency Response Benefit (CERB) program, which pays $2,000 per month to Canadians who qualify. Roughly 20 percent of the country has applied for this benefit, which, Hartly explains, is structured in such a way that it is "a major disincentive for individuals to return to work," since any beneficiary of the program who finds employment paying more than $1000 per month is immediately disqualified for CERB.

On top of that, Canada's already comparatively high Federal and Provincial tax rates make simply raising taxes to beat back the deficit politically unpalatable. All of which is to say, Canada's economic problems are compounding, and for the foreseeable future, Canadians are going to be paying the price.

So, at such a time, to have Canada's wooly-headed pretty boy of a prime minister and his entitled family hauling in hundreds of thousands of dollars by means of what certainly looks like a corrupt relationship with a charity that's receiving government dollars, really might be too much to bear.

Justin's surname catapulted him into public life, but without his looks and charm it wouldn't have made him prime minister. Even so, he's no Grant or Astaire. Suffering Canadians aren't going to feel lifted up by his opulence. They're going to look at the WE Charity scandal, if the truth is as bad as it currently looks, and see him for what he is -- a greedy rich kid who felt the rules didn't apply to him and wanted just a little bit more.