To Save California from Fire, Burn It 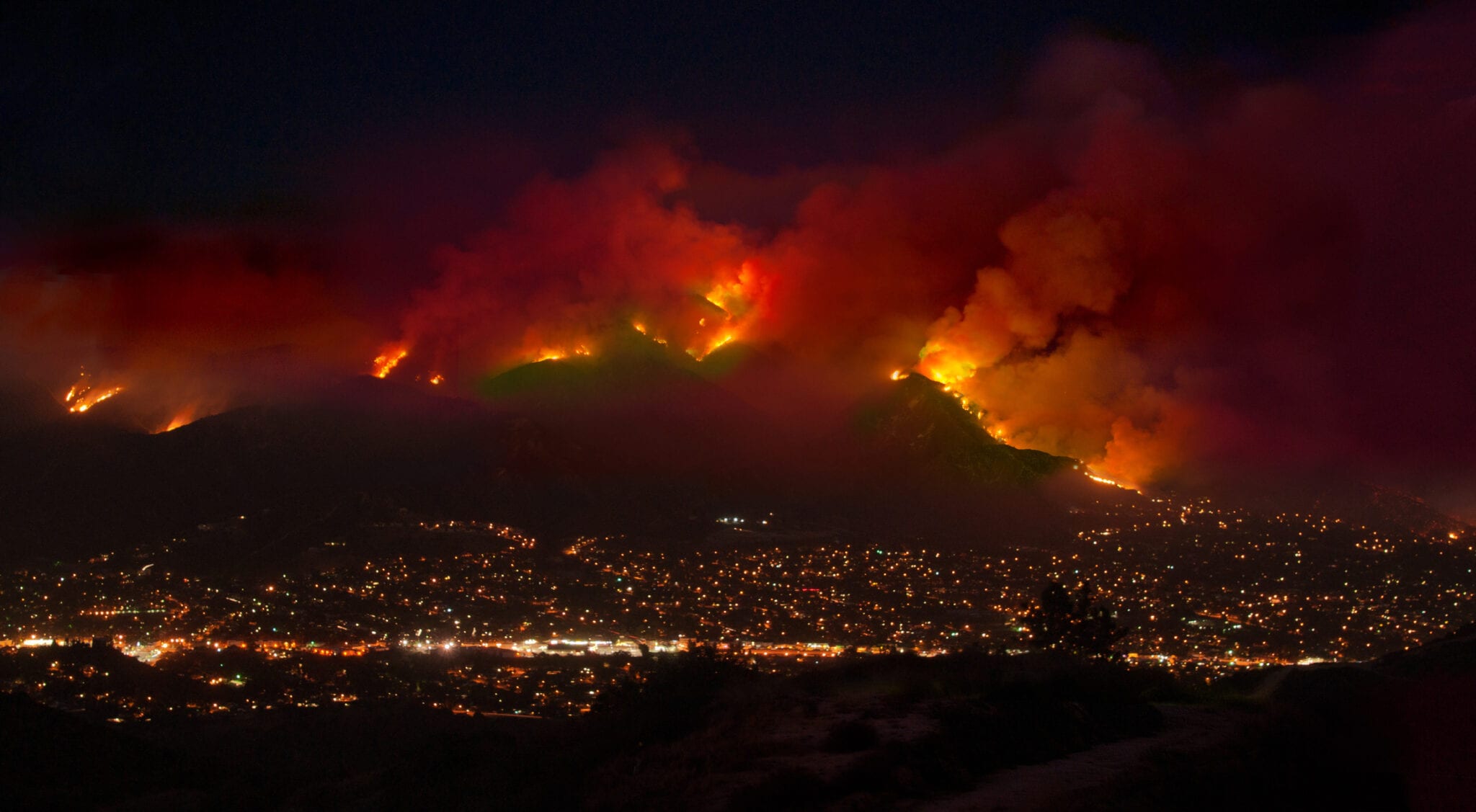 Doomed, we tell you, doomed.

As the state of California slowly returns to the state of Nature, politicians such as Gavin Newsom -- the worst governor in Golden State history, so bad he makes one yearn for the second coming of Gray Davis -- and the arsonists in Sacramento propose to make things worse, not better. Newsom, whose name should be changed to Noisome, blames the outbreak of fires during, um, fire season on "global warming" and "climate change."

The hots are getting hotter.

The dries are getting drier.

The evidence is all around us -- climate change is REAL. pic.twitter.com/2Ww2THctTJ

And not just are the hots getting hotter -- the wets are getting wetter!

Climate change isn’t something that is going to happen in the future. It’s happening right NOW. https://t.co/3pBG8b828p

“This is a climate damn emergency,” Newsom said, standing amid the ashes of the North Complex fire in Oroville in Northern California. The fire is one of 28 major blazes currently raging across the state — four of which are among the 10 largest wildfires in state history.

“I’m a little bit exhausted that we have to continue to debate this issue,” Newsom said of climate change, standing in Butte County, the same county that suffered the Camp fire in 2018 — the deadliest in state history — only to face massive fires again this year.

“The debate is over on climate change,” Newsom added. “Just come to the state of California.”

Well, governor, I've lived in California multiple times in my life, including growing up in San Diego, working as a reporter and critic in San Francisco, and writing in Hollywood. I love California -- or at least what it used to be. I knew California -- and your state ain't no California any more. But that's what happens when the same few interlocking wealthy families control the state's destiny for far too long: it becomes Mexico, ruled by aristocrats and cauldillos as they punish the peasants for their penury.

The fact is, the current wildfires are not, as the Huffington Post would have it, "among the largest wildfires in state history." Maybe in recorded state history, but that doesn't go back very far. Bjorn Lomborg, the "Skeptical Environmenalist," has a few words for the governor:

The massive fires raging in California are being blamed squarely on climate change. Alongside ominous photographs of orange skies, the front page of the Sunday Los Angeles Times blared: “California’s Climate Apocalypse.” Golden State Gov. Gavin Newsom says the cause is climate change. Anyone who thinks differently, he insists, is in denial.

The governor is right that climate change is real, man-made and something we need to deal with smartly. But the claim that the fires are caused by climate change is grossly misleading. To understand why, it helps to know that California wildfires used to be much bigger. This past decade, California has seen an average burnt area of 775,000 acres. Before 1800, however, California typically saw between 4.4 and 11.9 million acres burn every year.

In other words, up to 12 percent of the entire area of the state — had its modern boundaries existed in the 18th century — burned every year. This all changed after 1900, when fire suppression became the norm, and fire declined precipitously. In the last half of the 20th century, only about 250,000 acres burned annually.

But because most fires were stopped early, this left ever more unburnt fuel in the forests. According to one estimate, there is now five times more wood-fuel debris in Californian forests than before Europeans arrived. Californian fires are slowly coming back to their prehistoric state because of the enormous excess fuel load. Putting up solar panels and using biofuels will be costly but do virtually nothing to fix this problem. Prescribed burns will.

Ah, but the Left -- which systematically discourages the study of history -- believes (as did the French revolutionaries and the Soviet communists) -- that the world began anew with them. As far as the modern California Left is concerned, the Golden State sprang into being fully formed, like Athena from the brow of Zeus. They never give a thought to the white male easterners and midwesterners who came out west and made the desert bloom, who dammed the Sierra lakes and rivers, tamed the Colorado River, built the beautiful neighborhoods of San Francisco and Los Angeles, and most of all, learned to prevent forest fires via brush clearing and controlled burns (so, by the way, did the Indians).

That couldn't stand -- why, didn't they know that managing the fire threat was inflicting pain on Mother Gaia? The Left is nothing if not superstitious and anthropomorphic, and in the guise of "environmentalism" is hurtling the state back to the stone age.

Here's Michael Shellenberger, who like Lomborg believes that the warming trend is in part attributable to human activity, giving the governor a meteorological lesson. Please watch the video:

We are not doomed to, nor need accept, megafires & mega-smoke! pic.twitter.com/rZq4esoPf3

The climate hysterics don't want to hear this, of course. It's critical to their view of the world to believe in the innate evil of mankind, the better to salve their consciences as they punish their fellow citizens with ever higher taxes to appease the angry climate gods who do not, in fact, exist. Of such delusions are the ruination of once-great states made.

One comment on “To Save California from Fire, Burn It”