The Year the Lights Went Out in California 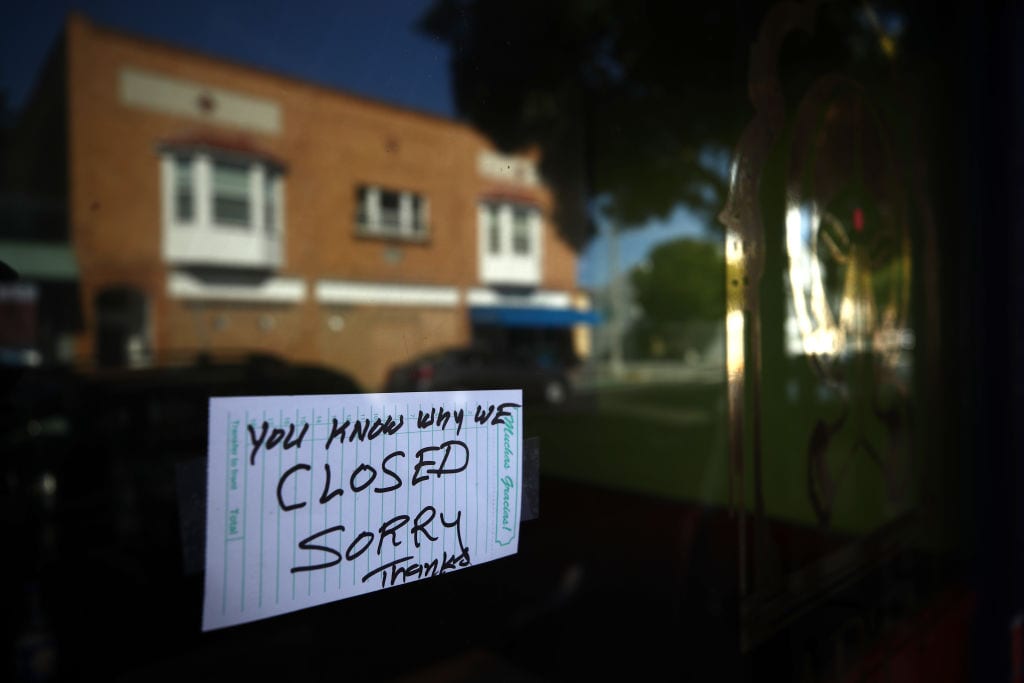 Lights out, everybody home.

A famous definition of insanity is doing the same thing over and over expecting a different result. California energy policymakers have been monomaniacal about imposing the “climate” agenda. California is presently imposing rolling blackouts due to a shortage of supply, for the second time in less than a year. Energy crises there are not infrequent, and policymakers only press for more in the wake of the havoc this wreaks.

The insult to their own self-inflicted injuries is the demand that the rest of the country suffer under it, as well. Call it the “Green New Deal” though, like most flops, it has already been re-branded, as “Net Zero.”

The climate agenda is not an agenda that claims it will impact the climate, so let’s get that out of the way up front. “Climate,” in policy terms, means imposing energy scarcity.

This is done through price rationing – recall a presidential candidate boasting to the San Francisco Chronicle editorial board that “electricity rates would necessarily skyrocket… because I’m capping greenhouse gases”? The key word wasn’t “skyrocket,” it was “necessarily.” It’s a feature of climate policy, not a bug. Call it a way to force seniors and the poor, indeed anyone on a low or fixed income, to choose between heating and eating.

It is also done through rationing the actual physical supply of reliable sources of electricity, known as “dispatchable” sources, i.e., whose production can be sent where it’s needed, when it’s needed. The combination leads to “energy poverty” for some, and blackouts for all.

California’s problem is elementary and one that dogs all “green”-obsessed jurisdictions. In short, each state must have the capacity at all times to produce (or arrange for the importation of) enough power to run its needs. It can dial the dispatchable power down as renewables get into the mood of pitching in, and dial it back up when they stop (say, when the wind ebbs or sun goes down).

That’s wasteful and inefficient of course, but the agenda creates perverse incentives – build expensive redundancies to meet mandates and with a guaranteed return of investment, but don’t replace or even maintain older, working equipment. Rent-seeking utilities have supported it because the system encourages them to lobby for more new construction with a guaranteed return on investment. The more expensive and redundant, the better!

So, California is not building dispatchable capacity, and instead is prematurely forcing closure of both nuclear and gas plants while mandating renewables and expensive battery storage, which at the scale required is not realistic. In fact, we are seeing again how grossly irresponsible it is.

True, one small power plant failed and another was unavailable because it had been put out of service – coherent systems are designed with the understanding that a certain portion of supply will be off-line at any given time. That is, one ensures power reserves. But California has closed its margin for error in response to anti-nuclear and climate change hysterias.

Not long after the October 2019 rolling blackouts, a report commissioned by the beleaguered utility PG&E, obtained under California’s Public Records Act by the Wall Street Journal, predicted that the frequency of these backouts would double over the next 15 years and then double again in the next 15. Also in 2019, California’s Public Utilities Commission warned of shortages as early as 2021 on hot summer evenings. The Journal editorial page gave credit it where it’s due.

That day has arrived a year early. Congratulations to Democrats for beating their own forecasts.

Michael Shellenberger is a former candidate for governor of California who ran largely on the insanity of the state’s man-made energy policy disaster. Reminiscent of the old joke, waiter, the food was horrible, and the portions too small, he notes that “California saw its electricity prices rise six times more than the rest of the United States from 2011 to 2019, due to its huge expansion of renewables.”

This dangerous misery is inarguably the result of misguided policies. Whether this agenda is cruel by intent or merely some condition like the aforementioned definition of insanity, its practitioners show no signs of learning from their own debacles. Joe Biden and Kamala Harris each have sworn fealty to imposing this on the rest of the country.

They do so in the name of the climate, of avoiding more deaths from heat by imposing policies no one actually claims will impact the temperature – but which are shown to increase risk of death not only from heat stroke, but massively increase deaths from hypothermia. These deaths are mostly among seniors, the same demographic ravaged by reckless policy responses to Covid-19 (which also were grounded in worst-case – i.e., least likely – computer-modeled projections).

It’s past time for rational Democrats to stand up to the radical environmentalist wing of their party. Republican must free themselves from the rent-seeking lobbies of utilities and renewables “investors” (actual investments require risk, not guaranteed welfare). Those are the two halves of the Bootleggers-and-Baptists coalition enabling the Climate Industrial Complex.

Policymaking is full of the Noble Lie, the cynical understanding that the public will accept this or that policy so long as it’s to avert catastrophe -- take the government-imposed restrictions attending the Wuhan virus, for example. But as the social costs of energy rationing increase, including the disgrace of a butcher’s bill from energy poverty, it is difficult to argue that the Noble Lie of climate policy is not the most ignoble of them all.

21 comments on “The Year the Lights Went Out in California”