The 'Red Wave' That Wasn't 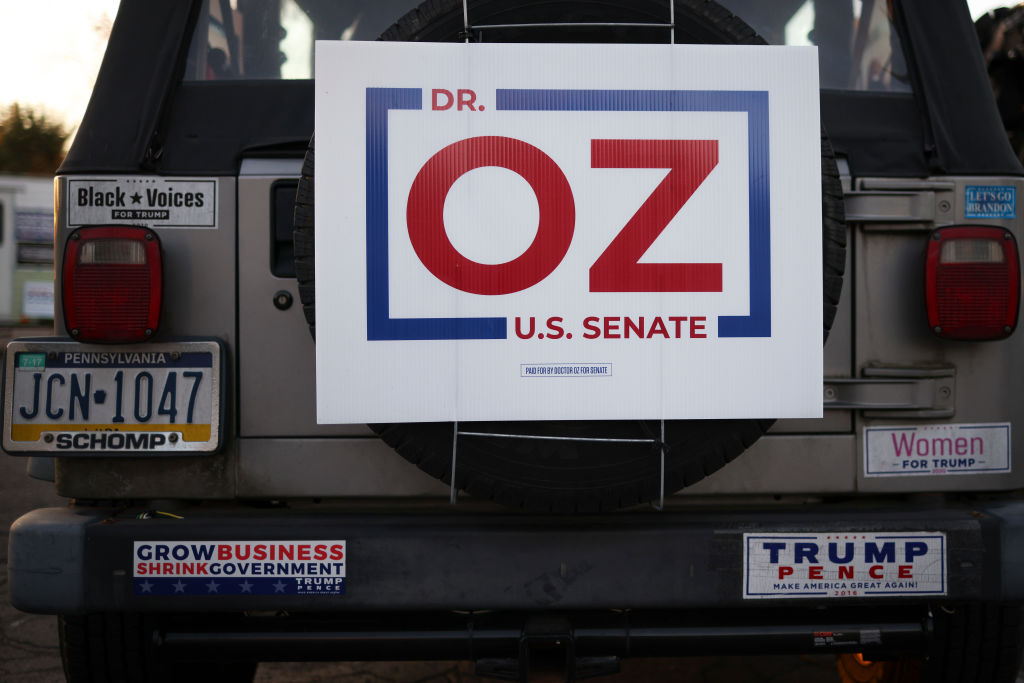 Whose bright idea was this?

So the midterms were a disaster. As the night wore on, close race after close race broke the Democrats' way, and some of the contests which were supposed to be close ended up being comfortable Democratic victories. In the House, the GOP actually won the popular vote, with what looks like a 5 percent swing in their direction from 2020. That did not, however, translate to the large increase of seats many were predicting beforehand.

In the end, Lee Zeldin having made the New York gubernatorial race surprisingly close might prove the difference maker -- Republicans picked up several seats in Long Island and the Hudson Valley which went for Biden in 2020. Meanwhile in the senate, poor candidate quality contributed to the loss of winnable seats.

In Pennsylvania, for instance, the decision to nominate Oprahfied celebrity doctor Mehmet Oz turned out as poorly as it looked from day one, notwithstanding the fact that his opponent, John Fetterman, was seriously incapacitated by a stroke towards the end of the primary, compromising his ability to speak publicly or debate. Oz wasn't helped by having Doug Mastriano at the top of the ticket, Donald Trump's hand-picked gubernatorial candidate who ran a terrible campaign. 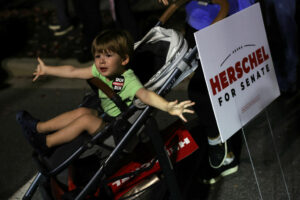 Can't anybody here play this game?

Meanwhile, in Georgia, retired professional football player Herschel Walker underperformed the state's Republican governor Brian Kemp by nearly five points. As no candidate received more than 50 percent of the vote, that race is going to a run-off, and potentially for control of the senate, but Republicans shouldn't get their hopes up. Without Kemp supporting him (and, perhaps more importantly, without Stacey Abrams depressing votes on the Democratic side) Walker could easily underperform.

Which is to say that we're looking at more of the same extremely tight voting splits over the next two years that we've seen over the last two, with Kamala Harris very likely being called upon to break ties in the upper chamber. Those are going to hurt, especially the judicial appointments. Painful too will be the continued disastrous mismanagement of the country, since the White House no longer has an incentive to tap the brakes. Instead, it will be full steam ahead along the road to economic and social ruin.

Still, there are some positives. Florida governor Ron DeSantis won reelection by 20 points, demonstrating that conservative governance can win, and win big, as long as it is coupled with competence and willpower. DeSantis has made himself the early front-runner for the Republican nomination. Ohio's J. D. Vance is likely to be a positive addition to the senate. And, best of all, its unlikely that we'll ever have to hear about election denialist Stacey Abrams or Robert Francis "Beto" O'Rourke, the imaginary Hispanic, ever again.

Still, none of those fully erases the sting of defeat. The only known cure for that is a few stiff drinks while muttering that famous line of H. L. Mencken's: "Democracy is the theory that the common people know what they want, and deserve to get it good and hard." That's how this writer is coping, anyway.