Science: the New Opiate of the Elites 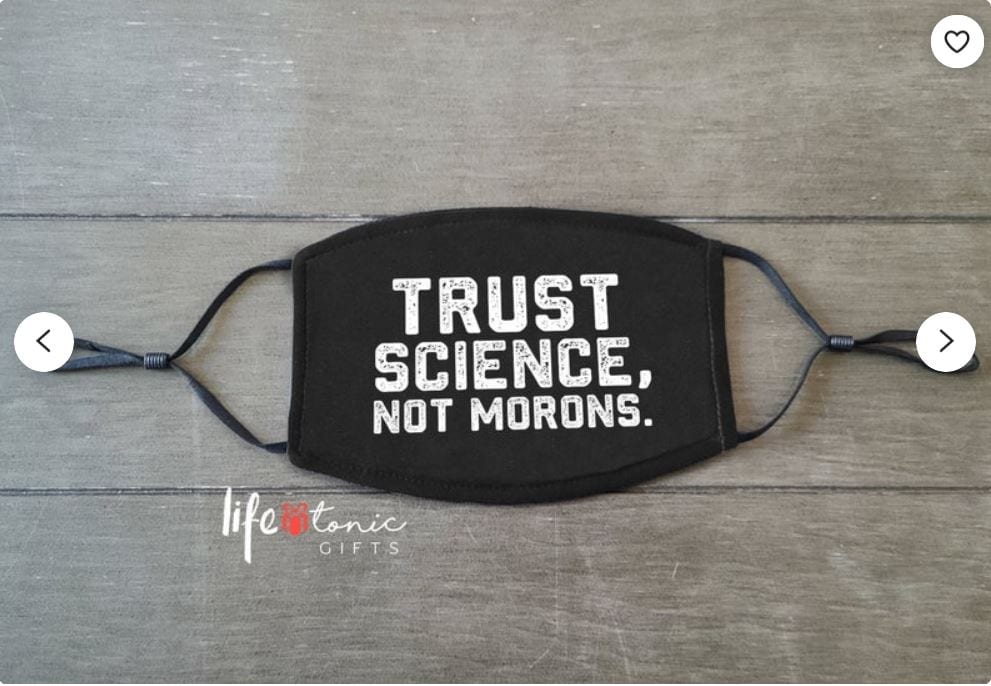 And yet, some scientists are morons.

This past year should have dispelled all doubts that scientism has replaced Protestantism as the dominant religion of America's elite. Those Americans who, in days of yore, would have flocked to Marble Collegiate Church, in their Harvard ties and Sunday Go to Meeting hats, to hear Norman Vincent Peale preach about the power of positive thinking, now just stay at home and listen to the increasingly dismal (and often contradictory) predictions of Dr. Anthony Fauci.

But what's particularly striking is how they speak about science in the most unscientific way. They say things like "TRUST THE SCIENCE!" as if science were a single, static, even sentient thing. It's not.

This point was rather humorously made recently after Neil deGrasse Tyson, the obnoxious archbishop of this new religion, tweeted that "The good thing about Science is that it’s true, whether or not you believe in it." Several respondents pointed out that this is a sentiment which might more properly be applied to God. He even capitalized the 'S' in science.

But the best response came from (of all places) the Twitter account of frozen meat company Steak-umm, which, after mocking Tyson a bit, explained:

nope. science itself isn't "true" it's a constantly refining process used to uncover truths based in material reality and that process is still full of misteaks. neil just posts ridiculous sound bites like this for clout and he has no respect for epistemology

Spot on, and extra points for the "steak" pun.

To extend that point, one of the definitive marks of true science is that its falsifiable. As Pascal-Emmanuel Gobry once wrote:

Science is not the pursuit of capital-T Truth. It's a form of engineering — of trial by error. Scientific knowledge is not "true" knowledge, since it is knowledge about only specific empirical propositions — which is always, at least in theory, subject to further disproof by further experiment.

But contemporary scientism is completely unfalsifiable. No matter how many times the high priests are wrong (or have lied), the faithful are not shaken. We see this constantly in the realm of climate science, as when it turned out that polar bears were not actually nearing extinction, when Cold War-era climate scientists predicted that "entire nations" would be wiped out by rising sea levels by the year 2000, and more recently, when Canada's Ministry of Environment released a report showing that "Arctic sea ice grew 27 percent" in 2020, contrary to all expert predictions.

Have any of these revelations caused them to repent? Not at all! They remain certain that every outcome -- hot weather, cold weather, extreme weather, mild weather -- is the result of climate change, and the only solutions are so-called renewable energy, carbon taxes, and -- my favorite -- "carbon offsets," whereby the wealthy can pony up some cash and then live a more carbon intensive lifestyle than the peasantry.

This last one is a pretty good analogue to the abuse of indulgences which provoked the Reformation. Will something similar happen to the new established church? Perhaps. 'Fauci fatigue' has begun to spread to the general populace. But for our elite, don't hold your breath. Scientism is just too convenient.