The Malign Genesis of ESG—Part 2

Courtesy of the World Economic Forum, of course.

With BlackRock’s recent acknowledgement that it lost $1.7 trillion of investors’ capital in the first six months of 2022, the truth about the Environmental, Social, and Governance (ESG) construct—the inherent cultural Marxism of the name really tells you everything you need to know—has been splayed open, revealing what could only be described as a contrived correlation between investment risk and environmental risk.

Rather than criteria intended to mitigate investment risk, as has been repeatedly asserted by BlackRock CEO, Larry Fink, the ESG construct is actually an effort to develop a financial system that re-orients capital flows toward political and social ends which include government regulation, communal property rights, and social scoring. It is an organized effort to wrest control of private property from the hands of owners and transfer it to a global nomenklatura under the guise of "protecting" the environment and repairing the "damage" done by capitalism.

As described here yesterday, these activists use layered non-profit organizations, foundations, and non-governmental organizations (NGO's), to undermine business culture, interfere with free markets, and circumvent democratic institutions. Using reliably self-interested and feckless financial and banking sector partners, companies like BlackRock and State Street Capital have abandoned their fiduciary obligations in exchange for higher management and consulting fees and greater leverage to direct capital toward investments that buttress their worldview. 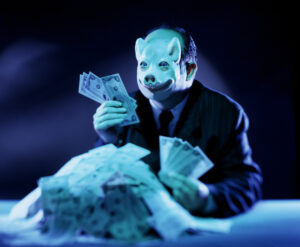 As self-ascribed arbiters of permissible corporate and social values, these ostensibly independent financial sector experts act more like cultish evangelizers than disinterested asset managers. They seek to codify political views into boardrooms and across industries using other peoples’ capital—leveraging it to change behavior and directing it toward investments that align with their values. In  more enlightened decades such a scheme may have been considered coercion or collusion. But in the 2020s, financial leaders fancy it sophisticated enlightenment.

The first and most critical threshold these central planners established was to expand and conflate shareholders (investors) with stakeholders (non-owners, communities and entities outside the company). They began by expanding the understanding of shareholders to include these “stakeholders” that necessarily underpin stakeholder capitalism. It is a system, according to World Economic Forum founder Klaus Schwab, in which private corporations are (imaginary) trustees of society and work for the benefit of everyone. Codifying this concept has been successful inasmuch as stakeholder capitalism has been integrated into the MBA programs of every major business school in the U.S. and around the world starting nearly three decades ago. Those students are the C-Suite leaders of today. They have become the reflexive mouthpieces of the ESG/Industrial Complex, promulgating a construct the genesis of which they are ignorant—and the impact of which they do not understand.

Once non-owners, communities, and supply chains are given standing through stakeholder capitalism, the follow-on concept of “natural capital” can more easily be integrated into the corporate psyche. As articulated in the Carbon Disclosure Project’s (CDP) most recent report, “Accelerating the Rate of Change: 2021-2025,” these stakeholder advocates assert that the most pressing objective to ensure the culmination of decades of work is to codify the concept of natural capital as having parity with financial capital.

Under the ESG construct, "natural capital" refers to the entire planet's stocks of water, land, air, and renewable and non-renewable resources such as plant and animal species, forests, and minerals. Already protected by the current statutory and regulatory framework that includes the National Environmental Policy Act (NEPA), the Endangered Species Act, and the Clean Air Act—among the tens of thousands of pages of administrative rules and regulations enacted under the authority of these and other statutes—"natural capital" is intended to be the agent of change, not the point of the change. This newly sought parity represents a radical and game-changing extension of commonly understood financial capital. Successfully equating "natural capital" with financial capital would entrench stakeholder capitalism into corporate boardrooms and irreparably harm the country and economy.

"Parity" would provide the necessary portal through which these ESG-activist entities could fully gain control of corporations. After achieving complete control over business, they seek to dictate how a company monetizes its properties, the manufacturing processes from which it derives revenue, and to whom the company sells its product or service. If natural capital is given parity to financial capital, there is no longer any private property. Under the stakeholder-inspired understanding of capitalism whereby property can be controlled by everyone, it is owned by no one. 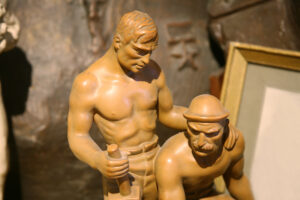 Bend over, comrade. It's for the common good.

At scale, this scheme will impact individual corporations and entire industry sectors, including American oil and gas. Abundant and inexpensive energy is central to a thriving capitalist economy. The U.S. oil and gas industry consistently delivers low-impact, inexpensive, and abundant energy. With a commitment to efficient, rapid, and environmentally superior extraction technology, the industry has improved the well-being of people and communities around the world. ESG unequivocally threatens its future.

Because America is the only country in the world in which oil and gas mineral rights are privately owned, the U.S. oil and gas sector is not only a symbolic Marxist-socialist enemy but also a highly strategic target of the ESG/Industrial Complex. The significance of this fact cannot be overstated. By seeking to gain control of the energy sector through the ESG moral bludgeon, government regulation and divestment become not merely political initiatives in an ideological struggle but rather a critical battle for the survival of the entire industry, and by extension the entire U.S. domestic economy. It is therefore imperative that the response to reject and unwind the ESG movement be led by those from the oil and gas industry, joined by the agricultural, mining and construction sectors, all of whom have foreknowledge about the comping economic and political impact of ESG and the requisite resources and expertise to exploit its weaknesses and mount an effective counterattack.

According to the non-profit CDP, formerly known as the Carbon Disclosure Project, the ESG/Great Reset cabal wants "governments to introduce ambitious legislation that drives market changes. We create space for this by running a reporting mechanism that incentivizes good behavior, catalyzes the creation of new standards and prepares the market for the change to come.” In case you're wondering on which side they're on, here's their mission statement:

CDP runs the global environmental disclosure system. Each year CDP supports thousands of companies, cities, states and regions to measure and manage their risks and opportunities on climate change, water security and deforestation. We do so at the request of their investors, purchasers and city stakeholders. Over the last two decades we have created a system that has resulted in unparalleled engagement on environmental issues worldwide.

In sum, ESG is a front in an ideological war with real political, economic, and social consequences. It is a front in a non-kinetic war, which instead of guns, bombs and missiles employs the weapon of ESG to control speech, dictate how one can use his property, re-direct capital flows, and expand the role of government. Their objective is to control every aspect of the economy and business and to reorder national governments and human society.

The generals on their side don’t come from the military. Rather, they come from government, central banks, and the financial sectors. Meanwhile, the domestic oil and gas industry must defend the side of liberty in all its forms. It should not merely rebuff these attackers and render the ESG/Industrial Complex impotent, It must continue to strive for excellence in its development and delivery of energy. Meanwhile, the American people must stand shoulder to shoulder with them and help lay the foundation on which future generations will flourish.