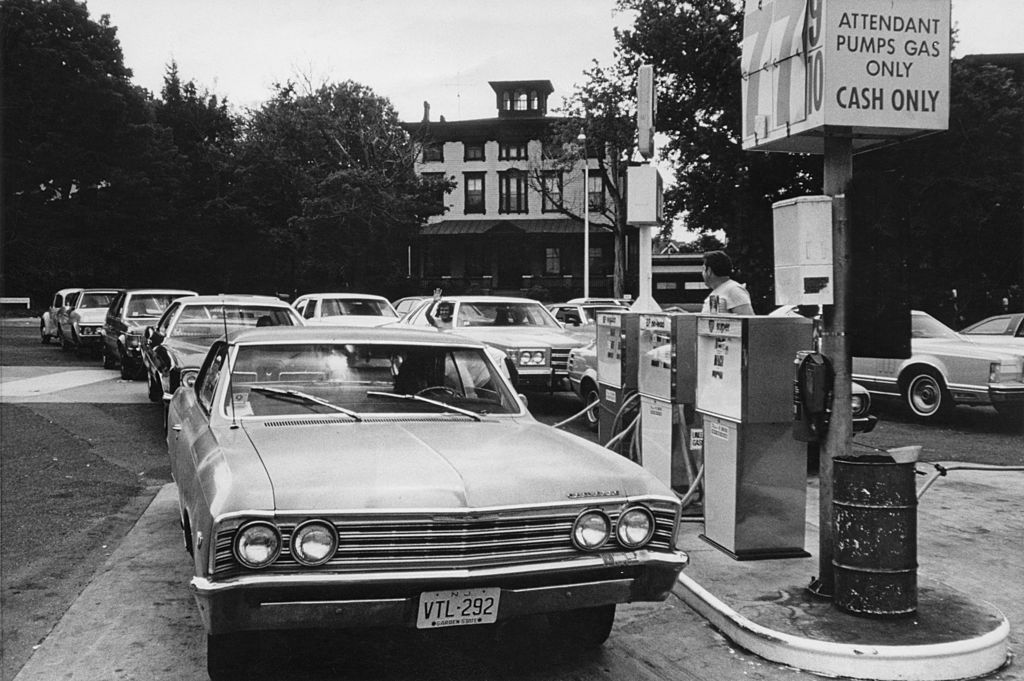 During the Jimmy Carter administration when gas shortages and long lines at the pumps were high on voters long list of dissatisfactions, a bright idea took hold: mandate ethanol, the creation of gasoline from crops, most especially food stock like corn –about 40 percent of which is  now used to produce it.  It was convenient for politicians on the left. It was renewable. It was domestic and, not least of all, it was a political plus for those who supported it because Iowa was the first primary election in the country and it is corn country.

For decades afterward, even when there was no shortage of available fuel from conventional sources, Congress adored ethanol. Of course, there have always been problems created by the ethanol mandate. It raises the price of food—corn and meat in particular. It can damage car engines and fuel pumps. Two years ago, the Atlantic decried the lost promise of ethanol, once the darling of the Democrats:

In the United States, the cultivation of corn for ethanol now requires a staggering 38 million acres of land—an area larger than the state of Illinois. By comparison, the total area of cropland used to produce grains and vegetables that humans eat is only about twice that acreage. In other words, the U.S. devotes enough land to corn-ethanol production to feed 150 million people.

The 2007 Energy Independence and Security Act requires ever-increasing amounts of ethanol in gasoline sold in the United States. Small refineries are theoretically allowed to seek EPA exemptions from the mandates when the high compliance costs threaten their operations. Sixty-five small refineries have sought exemptions -- but the EPA has denied every one of them. If they shut down because operations are no longer profitable, East Coast fuel supplies in particular will be hard hit and prices more volatile.

It appears that while hawking renewables at the same time it substantially reduces conventional fossil fuel production, the Biden Administration has decided to increase the blend of ethanol required in gasoline and, in the process, raising gasoline prices even higher. A week ago, the EPA scaled back the corn-ethanol mandate for 2020 due to the widespread lockdowns and now proposes to raise the mandates for cellulosic ethanol, biodiesel, and advanced biofuels. Renewable diesel costs between fifty cents and one dollar more than petroleum diesel, an increase passed on to consumers.

Who benefits from the shift? It's not vehicle owners, because as fuel economy has improved, the quotas have become "increasingly unattainable" and the damage to older cars greater. Refiners are forced to buy credits from EPA to comply with the quotas or turn to more expensive biofuels, which are often imported.

Who's to blame? Not Iowa corn  farmers. It’s the oil giants and hedge funds. And the Iowa corn farmers who banked on their state’s early presidential caucuses to keep them in the ethanol drivers’ seat? Well, the writing  on the wall appeared in 2016 when Ted Cruz, who opposed the ethanol subsidies and mandates, won the Republican primary there.  And their doom was sealed when in 2020 Donald Trump won the presidential race in their home state.

Maybe the only way to kill this program is for oil-producing states to run their primaries before any state that produces the now-favored mandated substitutes for corn-based ethanol.

5 comments on “The Great Ethanol Boondoggle”