THE COLUMN: 'The Whole World is Watching' *UPDATED* 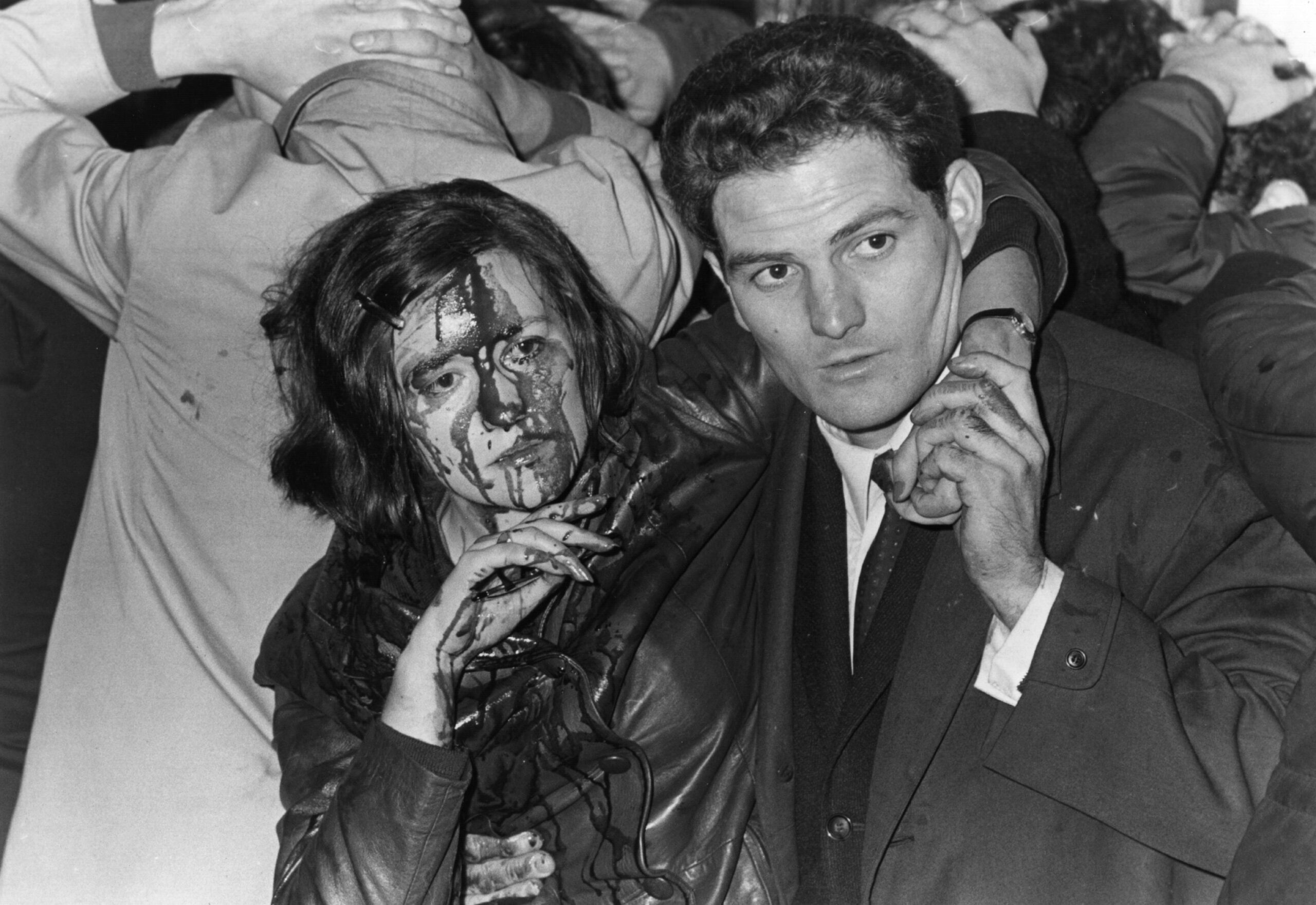 In the anni horribiles of 1968-71, nearing the peak of the student protests against the Vietnam War and pretty much everything else, American streets resonated with the chant, "the whole world is watching." Watching as Chicago cops beat the college-age hippies and the yippies senseless on the streets of Chicago and arrested them en masse three years later as they gathered on the Mall in Washington. Watching as the protests metastasized and spread, taking down the Johnson administration and making the life of the Nixon administration hell.

It wasn't just in the United States, either. The year 1968 saw student unrest across Europe as well, toppling Charles De Gaulle in France by the following year and giving rise to the violent mobs of the Red Army Faction and other violent, loosely allied left-wing organizations working at the behest of the Soviet Union to destroy capitalism and undermine political stability across the Continent.

And now here we are again. Protests have broken out in both Europe and North America, led by the doughty Canadian truckers who have organized and implemented the Freedom Convoy that's currently occupying Ottawa, the capital, and was temporarily obstructing the busy Ambassador Bridge between Windsor, Ont., and Detroit. Their proximate cause is the immediate elimination of all the fascistic trappings of the Covid/Nanny State: the vaccines, the masks, the mandates, the travel restrictions, the whole stinking lot of them.

UPDATE: Canadian prime minister Justin Trudeau has involved the 1988 "Emergencies Act," which allows the central government to take "special temporary measures that may not be appropriate in normal times" in order to to crack down on the protest.

Canadian Prime Minister Justin Trudeau said on Monday he will activate rarely used emergency powers, including cutting off financing, to end protests that have shut some border crossings and paralyzed parts of the capital. The government, saying the protests were damaging the economy and Canada's reputation as a reliable trading partner, introduced sweeping measures to support police forces and bring crowdfunding platforms under terror financing oversight.

The "Freedom Convoy" protests, started by Canadian truckers opposing a COVID-19 vaccinate-or-quarantine mandate for cross-border drivers, have drawn people opposed to Trudeau's policies on everything from pandemic restrictions to a carbon tax. "The blockades are harming our economy and endangering public safety," Trudeau told a news conference. "We cannot and will not allow illegal and dangerous activities to continue."

"Dangerous activities" such as peaceful protest... not to mention "temporary measures" like "two weeks to flatten the curve..."

This time, however, it's not Boss Daley's Chicago PD and the D.C. cops facing off against the undesirables and deplorables—it's the former undesirables themselves, now at the apogee of their political power, who are trying to throttle people they never thought they would actually have to meet in the flesh instead of the abstract: the working class.

It is, of course, a sight for sore eyes. For the political, managerial, and laptop classes who are now in command of the guys wielding the truncheons, it's the rankest sort of hypocrisy—something they once abhorred but now have learned to value. Then again, the hippies and the yippies who gathered in Grant Park in Chicago never really had any intention of joining the proletariat. Born largely into the ranks of the middle and upper-middle classes, they dodged the draft in graduate school or flat-foot-four-F'd themselves out of danger. Hell, up until the draft lottery in 1969, if you were in college you were automatically deferred from military service; after that you only had to run the ganlet once and then, if your number didn't come, you were home free.

Those were the days of the eternal graduate student, stroking his beard and muttering to himself in a corner. We thought at the time he was squandering years of his life on some useless doctoral dissertation, which would equip him for a lifetime of teaching. What we didn't realize was he was just biding his time, like a parasite in a host, just waiting for the magic year of 1972 and George McGovern's "Come Home, America" presidential campaign to come bursting onto the national political scene. Bill and Hillary Clinton, we're looking at you.

Those of us in college during those years who were not leftists never had any illusions about who these people were. From the start, they were open in their contempt for the United States, for its history and traditions, even for the Constitution and the Bill of Rights. When they said they believed in the first amendment, we knew they didn't mean it, that they were just using it as a shield until such time it could be discarded.

As for race, besides the war it was all they talked about, using race as a stick with which to beat the war. Noting that blacks didn't go to college in anywhere near the percentages of whites (and whites didn't much go to college in those days, either), they could loftily point out that the lads getting drafted were disproportionately black. Not that they were going to volunteer to help address the imbalance, mind you. But in any case, whites were the "freaks and monsters" of history and the world would be a better place without them. The point was to Resist, and Fight the Power:

Where did you think "wokeness" came from?

Now their pampered behinds are turning 70 and in some cases pushing 80, veterans all of the Long March through the Institutions, but their attitudes haven't changed one bit. As charter members of the largest generation in American history, they have long known they would inherit the earth, as if by divine right. And yet here, at the end, they're having to take guff from people who have no idea who Michel Foucault or Herbert Marcuse was.

And what guff! "My body, my choice." How dare they throw those words back into our faces? The most neurotic and hypochondriacal generation of all time is convinced that when they issue an "order" in the name of "public health" it is to be obeyed by lesser mortals. Why shouldn't "climate skeptics," the unvaccinated, and all the purveyors of " mis- dis- and mal-information (MDM)" be watched closely by the Man? Why, even the Department of Homeland Security, brought to you by the Bush Family of Connecticut and Texas, believes that independent thought and free speech, those hallmarks of the Sixties, now pose a danger to "our democracy"!

From the Cybersecurity and Infrastructure Security Agency (yes, there is such a thing):

Misinformation, disinformation, and malinformation make up what CISA defines as “information activities”. When this type of content is released by foreign actors, it can be referred to as foreign influence. Definitions for each are below.

Foreign and domestic threat actors use MDM campaigns to cause chaos, confusion, and division. These malign actors are seeking to interfere with and undermine our democratic institutions and national cohesiveness.

We used to call those things mistakes or differences of opinion. All of a sudden, they're hate crimes.

Back in the day, the comic strip Pogo, by Walt Kelly, was immensely popular. Perhaps its most famous moment came on April 22, 1970—the first Earth Day—when Kelly drew a poster depicting his title character, a possum, sadly contemplating a trash-strewn landscape and observing, "We have met the enemy and he is us." The Left loved that sentiment then, and they love it now. Except that the players have switched sides.

And this time, the whole world is watching them.