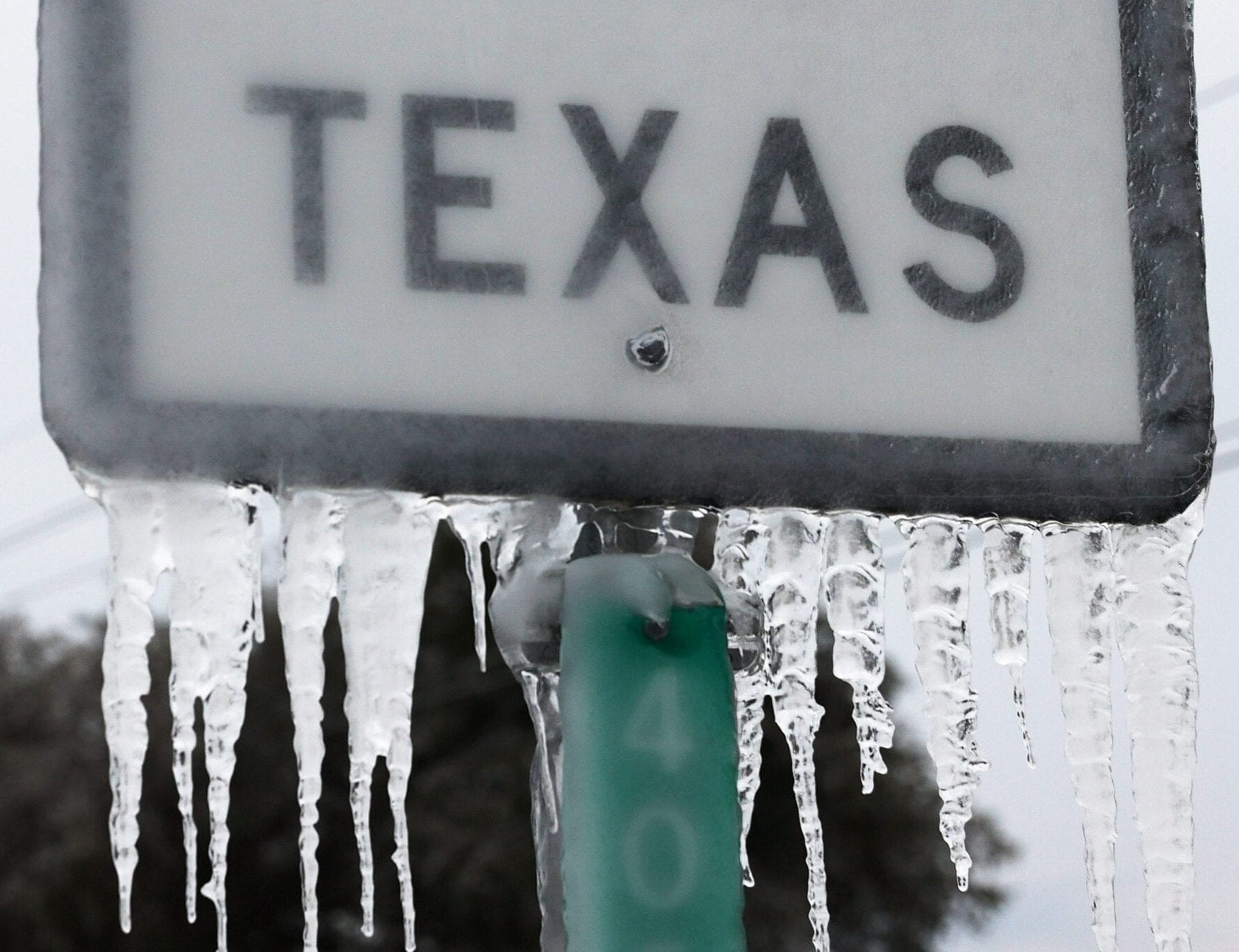 The finger-pointing is well under way in Texas. And understandably so, as the situation on the ground is such a disaster. Millions of people are without power and heat, water pipes are bursting, and thus far thirty deaths have been blamed on the weather and the attendant outages. In a recent interview, Gov. Greg Abbott argued that Green energy is a big part of the problem:

This shows how the Green New Deal would be a deadly deal for the United States of America. Texas is blessed with multiple sources of energy such as natural gas and nuclear as well as solar and wind. Our wind and our solar got shut down and they were collectively more than 10 percent of our power grid. And that thrust Texas into a situation where it was lacking power on a statewide basis.

Rep. Alexandria Ocasio-Cortez, the face of the Green New Deal, took to Twitter to hit back, saying that the governor has it exactly backwards:

The infrastructure failures in Texas are quite literally what happens when you don’t pursue a Green New Deal. Weak on sweeping next-gen public infrastructure investments, little focus on equity so communities are left behind, climate deniers in leadership so they don’t long prep for disaster. We need to help people now. Long-term we must realize these are the consequences of inaction.

Which sounds vaguely inspiring, but it doesn't rebut Abbott's charge. He claims that the failure of so-called renewable energy, upon which Texas's power grid relies, led to the whole system being overwhelmed. Ocasio-Cortez replied that it'd be nice if Texas had updated its infrastructure. That's probably true, but that doesn't mean it is "quite literally what happens when you don’t pursue a Green New Deal." Why not update the existing infrastructure, reinforcing it against extreme weather, rather than replacing everything -- and with a less reliable power source -- as the GND mandates?

In response to the environmentalist fury at the suggestion that 'renewables' bear any responsibility for this disaster, the Wall Street Journal has a patient walk through of the part that they actually did play.

Last week wind generation plunged as demand surged. Fossil-fuel generation increased and covered the supply gap. Thus between the mornings of Feb. 7 and Feb. 11, wind as a share of the state’s electricity fell to 8 percent from 42 percent, according to the Energy Information Administration (EIA). Gas-fired plants produced 43,800 MW of power Sunday night and coal plants chipped in 10,800 MW—about two to three times what they usually generate at their peak on any given winter day—after wind power had largely vanished. In other words, gas and coal plants held up in the frosty conditions far better than wind turbines did.

By Monday the 15th, temperatures had dropped so low that conventional power plants (aided, yes, by infrastructure failures) began struggling to cover the surging demand. On Tuesday, the Electric Reliability Council of Texas put out a statement saying it "appears that a lot of the generation that has gone offline today has been primarily due to issues on the natural gas system." The WSJ observes that wind's apologists "are citing this statement as exoneration. But note he used the word “today.” Most wind power had already dropped offline last week.... Gas power nearly made up for the shortfall in wind, though it wasn’t enough to cover surging demand."

So, to the Greenies working overtime to assign blame for the disaster in Texas, maybe take a look in the mirror.