Eighty minutes. That’s the amount of time that elapsed on May 24 between the first report of trouble at Robb Elementary school in Uvalde, Tex., and the moment the gunman was shot and killed. We are understandably dismayed by this. How, we ask, when there were so many police officers at the school within minutes of the first 911 call, can it have taken so long to confront the gunman?

Two weeks on, the Uvalde massacre has largely receded from the news, the attention span of the typical American being roughly equal to that of a mosquito. But despite the fact that the horrors of that day are no longer on the front page, a reckoning awaits. Sad to say, but that reckoning will leave nearly everyone disappointed.

You may assume, having seen video of the prolonged inaction by the police that day, that civil suits will follow and juries will hold the responsible parties accountable. But no matter what malfeasance is revealed by the investigations now ongoing, it is unlikely that anyone will be held civilly liable for his failures. 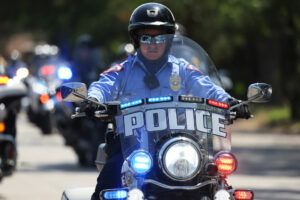 As nonsensical as it may seem, police officers are immune from civil liability for failing to protect any individual from harm, even when that failure is as egregious as it appears to have been in Uvalde. In the U.S. Supreme Court cases of Castle Rock v. Gonzales and DeShaney v. Winnebago, and the D.C. Court of Appeals case of Warren v. District of Columbia, the courts held that police and other government entities could not be held liable for their various lapses that resulted in harm to the plaintiffs.

In Castle Rock, Colorado police failed to arrest an estranged husband for a restraining order violation in the hours before he murdered his three daughters. In DeShaney, social workers in Wisconsin failed to protect a child from an abusive father whose beatings inflicted permanent brain damage. And in Warren, police in D.C. responded to a reported break-in at a home but failed to exert even minimal effort to investigate the circumstances, with the result that three women were kidnapped and subjected to 14 hours of sexual torture. The details of these cases are heartbreaking, and though we may wish otherwise, they reflect the current state of the law. Anyone filing a civil suit against the police in Uvalde is likely to find no more relief than did the plaintiffs in these cases.

But there is a higher standard that police officers should be expected to observe than the legal one. No matter what laws are passed in Uvalde’s aftermath, no matter which police policies are changed, no matter how great our professed commitment to preventing more school shootings may be, similar incidents will follow. And cops responding to the next one may find themselves in a situation similar to that faced by the ones in Uvalde. They may stand idly by and ponder what their legal obligations are, but in that moment they must realize their moral obligation is clear: They must act to the very limits of their abilities to protect innocent life. Anything less is a dereliction, whether the courts hold them to account or not.

Some have accused the police in Uvalde of being cowardly for waiting so long in the hallway while the gunman continued shooting in the classroom. I see it differently. According to this timeline, three Uvalde police officers entered the school at 11:35 a.m. in pursuit of the gunman but retreated when they were grazed by gunfire. A momentary retreat in these circumstances is forgivable, and these officers were not cowards. They were soon joined by four more officers, and still more within a few minutes. Neither were these officers cowards. They were, rather, lacking direction. In most police departments a chain of command is strictly observed, and though brave cops may rush to the scene of a crisis, they are worthless if they are not properly led. In my mind, this was the breakdown in Uvalde that day. 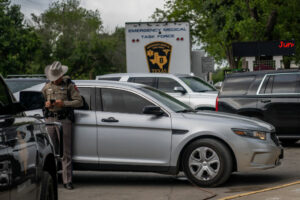 The timeline is not clear as to the moment Uvalde School District police chief Pete Arredondo assumed the role of incident commander, but it seems obvious he was not up to the task. Putting aside the fact that he was not properly equipped for the role, having no police radio with which to talk with responding officers, it appears he failed to accurately assess the tactical situation he faced.

The incident had not changed from an active shooter to a barricaded suspect, as Arredondo is reported to have believed. It remained an active shooter incident, albeit one in which the shooter was more sporadically active than he had been. With 19 officers in the hallway, and dozens more outside, Arredondo appears to have fallen into tactical tunnel vision, remaining focused on the classroom door while other avenues of entry could have and should have been considered. Surely there were sufficient personnel and resources available to find an alternate path into the classroom had there been an incident commander able and willing to give the necessary orders.

In time since the shooting I have waited for Arredondo to explain the rationale for the decisions he made – or failed to make – in the assumption there must have been facts known to him but not yet publicly revealed. With each passing day it seems more likely that no such facts will be forthcoming.

Eighty agonizing minutes, during which God only knows how many of those precious children may have bled to death from wounds that would have been survivable with prompt medical attention. No, Arredondo will not be held civilly liable for his actions that day, but the court of public opinion operates on a moral standard, not a legal one. Its verdict will be harsh.

The finger-pointing is well under way in Texas. And understandably so, as the situation on the ground is such a disaster. Millions of people are without power and heat, water pipes are bursting, and thus far thirty deaths have been blamed on the weather and the attendant outages. In a recent interview, Gov. Greg Abbott argued that Green energy is a big part of the problem:

This shows how the Green New Deal would be a deadly deal for the United States of America. Texas is blessed with multiple sources of energy such as natural gas and nuclear as well as solar and wind. Our wind and our solar got shut down and they were collectively more than 10 percent of our power grid. And that thrust Texas into a situation where it was lacking power on a statewide basis.

Rep. Alexandria Ocasio-Cortez, the face of the Green New Deal, took to Twitter to hit back, saying that the governor has it exactly backwards:

The infrastructure failures in Texas are quite literally what happens when you don’t pursue a Green New Deal. Weak on sweeping next-gen public infrastructure investments, little focus on equity so communities are left behind, climate deniers in leadership so they don’t long prep for disaster. We need to help people now. Long-term we must realize these are the consequences of inaction.

Which sounds vaguely inspiring, but it doesn't rebut Abbott's charge. He claims that the failure of so-called renewable energy, upon which Texas's power grid relies, led to the whole system being overwhelmed. Ocasio-Cortez replied that it'd be nice if Texas had updated its infrastructure. That's probably true, but that doesn't mean it is "quite literally what happens when you don’t pursue a Green New Deal." Why not update the existing infrastructure, reinforcing it against extreme weather, rather than replacing everything -- and with a less reliable power source -- as the GND mandates?

In response to the environmentalist fury at the suggestion that 'renewables' bear any responsibility for this disaster, the Wall Street Journal has a patient walk through of the part that they actually did play.

Last week wind generation plunged as demand surged. Fossil-fuel generation increased and covered the supply gap. Thus between the mornings of Feb. 7 and Feb. 11, wind as a share of the state’s electricity fell to 8 percent from 42 percent, according to the Energy Information Administration (EIA). Gas-fired plants produced 43,800 MW of power Sunday night and coal plants chipped in 10,800 MW—about two to three times what they usually generate at their peak on any given winter day—after wind power had largely vanished. In other words, gas and coal plants held up in the frosty conditions far better than wind turbines did.

By Monday the 15th, temperatures had dropped so low that conventional power plants (aided, yes, by infrastructure failures) began struggling to cover the surging demand. On Tuesday, the Electric Reliability Council of Texas put out a statement saying it "appears that a lot of the generation that has gone offline today has been primarily due to issues on the natural gas system." The WSJ observes that wind's apologists "are citing this statement as exoneration. But note he used the word “today.” Most wind power had already dropped offline last week.... Gas power nearly made up for the shortfall in wind, though it wasn’t enough to cover surging demand."

So, to the Greenies working overtime to assign blame for the disaster in Texas, maybe take a look in the mirror.

Tucker Carlson has a few choice observation on the folly of wind farms and why the oil and gas state of Texas is currently freezing. Enjoy: