Rioting and Destroying for Planetary and Social Justice 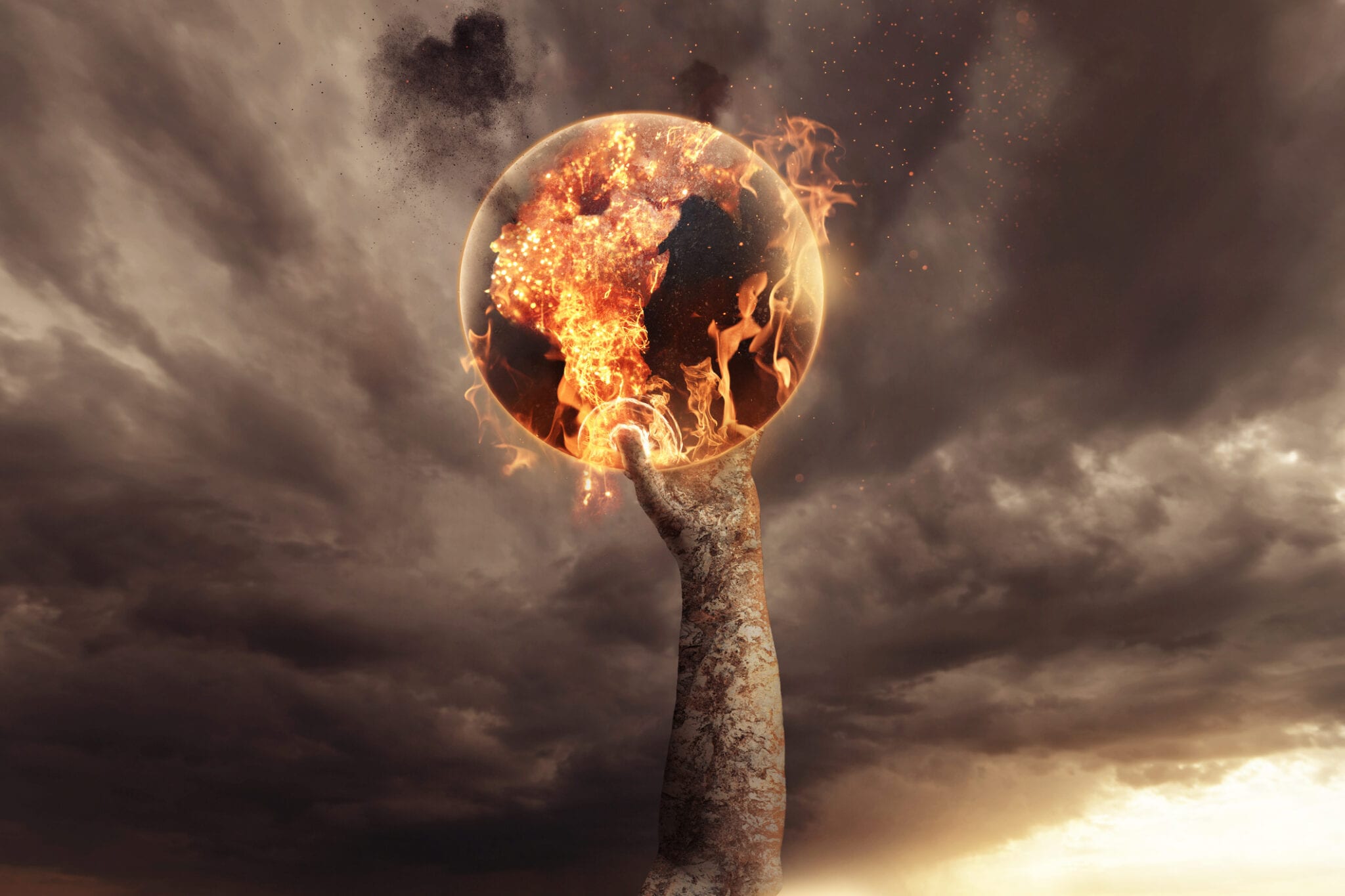 Not going to happen.

Everything is a metaphor for something else in today’s higher journalism, which means that the rioting and violent anarchy now spreading across the United States faster than Covid-19 (and perhaps with deadlier results in time) must be a metaphor for something very important. Every fellow-hack with a deadline will have his own target; but let me suggest that the most obvious metaphorical application is that of climate policy.

Consider the video footage pouring out onto our laptops (but not always onto our news programs, thanks to the vigilance of mainstream broadcasters who don’t want to tarnish the “protests” against police brutality.) It shows repeated episodes of people breaking into shops, rushing into them, rushing out with stolen goods, physically attacking those who defend their property or other people under attack or anyone they intuitively dislike, and completing the protest by burning down the property, the building next door and, in many cases, the neighborhood.

Police and other guardians of public order seem reluctant to intervene to prevent this Saturnalia, and sometimes they make gestures of sympathy to “the community” by, for instance, “kneeling” along with the mobs. Sometimes the reluctance is born of a decent civic responsibility married to courage that deserves our respect and admiration. I have seen mayors, sheriffs, and ordinary citizens who have spoken out eloquently or helped the cops to detain or drive out the sinister black-clad semi-professional organizers of mayhem. But all too often the reluctance can be traced to the city or state politicians who don’t want to alienate their own “constituencies” which they think sympathetic to the riots and rioters—often wrongly as is demonstrated by the occasional episodes when local people help the police to detain or drive out the sinister black-clad professional organizers of mayhem.

But we shouldn’t ignore the signs that a deeper sympathy for violent disorder and the overthrow of existing civil authority has spread on the radical left, among some elected politicians, and within the educated upper-middle class throughout the Anglosphere. The calculated silence of some politicians about the anarchy we’re all witnessing is bad enough; worse is the contorted inability of others such as California’s governor, Gavin Newsom, to condemn the violence when they praise the “protests,” and their seeming paralysis when they should be taking action to restore order.

What are the likely results of this tolerated disorder? Neighborhoods will be deeply damaged economically, and the poorer the neighborhood, the longer it will take to recover. Some parts of Washington D.C., turned into post-apocalyptic wastelands by the riots in the 1960s, took decades to return to their earlier prosperity. Large retail corporations will redline districts where their outlets were destroyed even as companies like Nike add “riot chic” to their advertising appeal.  Capital and lives invested in small businesses will be wasted, and those who worked to establish them will have to start again. In many cases they’ll give up, take dead-end jobs, go on welfare, cease to be part of America’s entrepreneurial workforce. The welfare rolls will grow while tax revenue falls and budget cuts cripple local services. More young people, including many who only last week had real opportunities ahead of them, will now face prison sentences and the stigma of felony in later life. And America will be poorer, more divided, more partisan, more unequal, and more self-hating than before last weekend.

And police brutality? The unlawful killing of George Floyd by a cop was a tragedy for him and his family and a serious crime for the rest of us. It was almost immediately recognized as such by everyone from President Trump downwards. Barring some astounding development, the policeman and his colleagues will receive long prison sentences—as have similar cases of police brutality in recent years. And there will be a surge in articles about the epidemic of police brutality and in proposals to reform police recruitment and training in order to stop it once and for all. It’s more than possible that Joe Biden will be elected on quite ambitious proposals to carry out that agenda.

The difficulty is that as Heather Mac Donald has shown in (genuinely courageous) articles, the epidemic of police brutality against Black America is a falsehood disproved by repeated studies. Here is a 2019 study by authors at Michigan State University and the University of Maryland, published in the Proceedings of the National Academy of Sciences, based upon a database of 917 officer-involved fatal shootings in 2015 from more than 650 police departments.

Fifty-five percent of the victims were white, 27 percent were black, and 19 percent were Hispanic. Between 90 and 95 percent of the civilians shot by officers in 2015 were attacking police or other citizens; 90 percent were armed with a weapon. So-called threat-misperception shootings, in which an officer shoots an unarmed civilian after mistaking a cellphone, say, for a gun, were rare.

How is that explained? As Ms. Mac Donald points out: “It is a racial group’s rate of violent crime that determines police shootings, not the race of the officer. The more frequently officers encounter violent suspects from any given racial group, the greater the chance that members of that racial group will be shot by a police officer.”

None of this should come as news. Writing in the New York Post in 2016, Pipeline editor Michael Walsh noted:

The “killer cop” narrative refuses to die, and the Washington Post decided to throw fuel on the racial fire with context-free statements like these: “Although black men make up only 6 percent of the US population, they account for 40 percent of the unarmed men shot to death by police this year.” This ignores the fact that black violent-crime rates are far higher than those of whites. According to the Department of Justice, blacks committed 52.5 percent of the murders in America from 1980 to 2008, when they represented 12.6 percent of the population.

This certainly does not excuse cases of police misconduct. Bad cops should be investigated and tried. But these incidents don’t prove that the “real problem” is cops. This isn’t an “epidemic.” And it isn’t racist to suggest that some perspective is warranted here.

That is not a conclusion that anyone wants to reach, especially after an innocent man has been killed by a cop, but it’s the underlying social reality. Policies based on ignoring it will produce perverse results, including the weakening of standards for police recruitment and training to achieve a particular racial balance. And the speeches of politicians and social critics that deny this reality will encourage the spread of a myth that seemingly justifies violent anarchy and attacks on all police officers.  Two policemen, innocent of anything except defending the rest of us, were killed this weekend. Their lives should matter too. But because you don’t know their names, they don’t.

As so often in social policy, we are witnessing how a false belief and policies rooted in it produce results that are the opposite of what’s intended (except perhaps by some cold-hearted Machiavellis who desire anarchy for their own political purposes.) And that’s where climate policy comes in.

Here’s a short list of the features common to both climate policy and the political treatment of the violent protests:

All these distortions and infractions of lawful rights and democratic processes are possible only because there is overriding belief in a massive social crisis or social evil that makes extraordinary measures both necessary and urgent. That social crisis in the form of an epidemic of police brutality against black communities is examined above—and found wanting. The social crisis in relation to climate policy is the looming crisis that the world will turn to ashes in the next twelve years unless we all become medieval peasants with a taste for self-flagellation. (See Greta Thunberg passim.)

How does that compare to the climate facts? It’s nonsense in a general way, of course, but if you should like to see it refuted in detail, you’re fortunate because the Global Warming Policy Foundation in London has just published The State of the Climate 2019 by Ole Humlum, a distinguished Norwegian professor of physical geography. It's chock full of information that undermines and refutes the simple picture of environmental degradation that the Greens’ climatist ideology usually presents, for instance:

And I shall be returning to it next week.  In the meantime, enjoy:

Open in new tab
John O'Sullivan is editor-at-large of National Review, editor of Australia's Quadrant, founding editor of The Pipeline, and President of the Danube Institute. He has served in the past as associate editor of the London Times, editorial and op-ed editor for Canada's National Post, and special adviser to Margaret Thatcher. He is the author of The President, the Pope and the Prime Minister: Three Who Changed the World.