The Poster Child for Eco-Anxiety 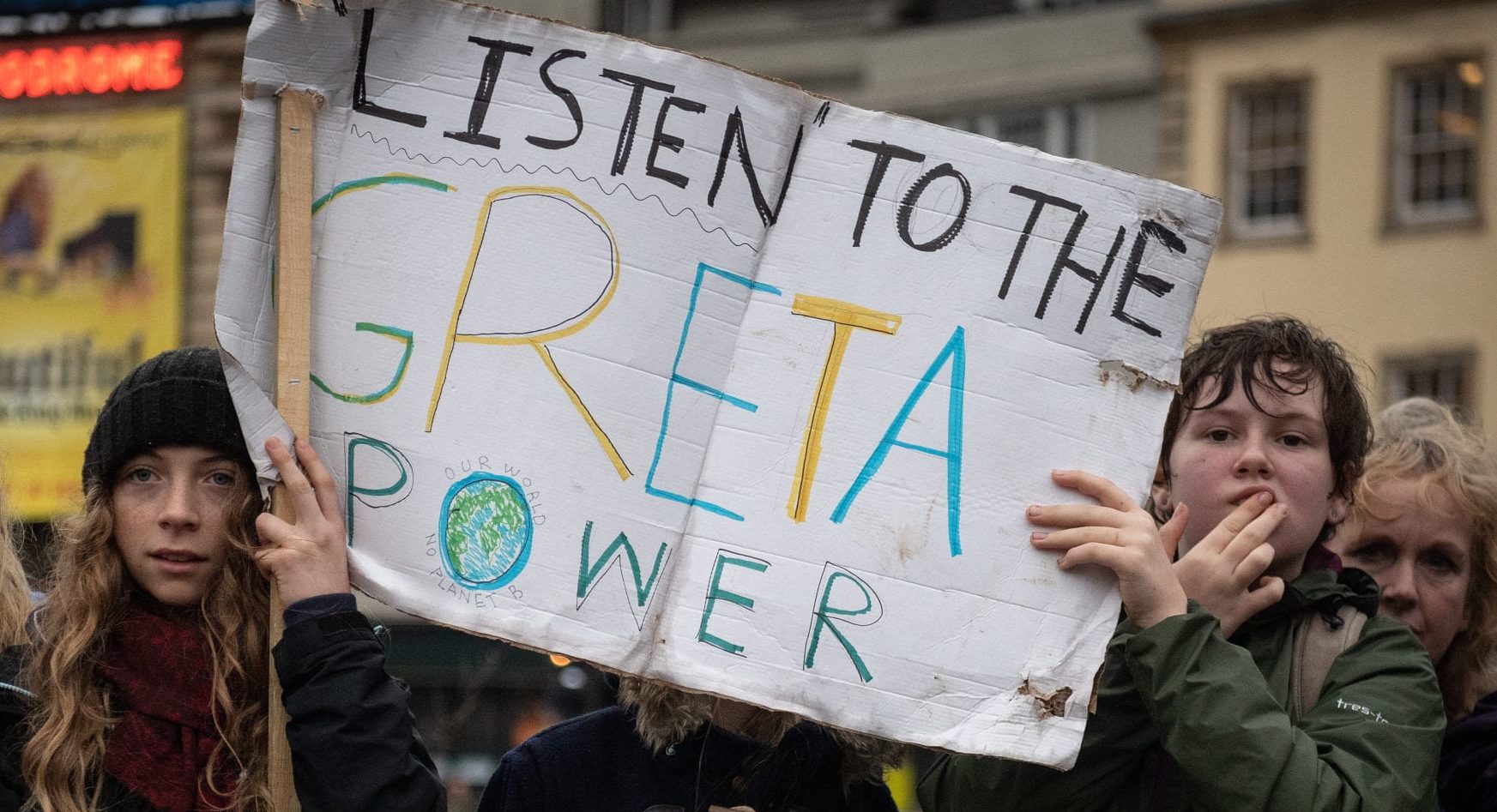 What would St. John Paul II do?

Just a quick addendum to Michael Walsh's excellent article Suffer the Little Children, in which he explores the growing problem of "eco-anxiety" among young people, psychological trauma which results from the incessant "end-of-days rhetoric" kids today hear from teachers, celebrities, and politicians.

The beau ideal of eco-anxiety is, of course, Greta Thunberg, the 17-year-old Swedish environmentalist who was shown Sir David Attenborough’s (subsequently debunked) film on the collapse of polar bear populations when she was 8 years old and was basically scarred for life. Greta's mother has just published a memoir about her life with her daughter, recently excerpted in The Guardian, and it makes for really disturbing reading:

Greta was 11, had just started fifth grade, and was not doing well. She cried at night when she should be sleeping. She cried on her way to school. She cried in her classes and during her breaks, and the teachers called home almost every day. Svante [her father] had to run off and bring her home to Moses, our golden retriever. She sat with him for hours, petting him and stroking his fur. She was slowly disappearing into some kind of darkness and little by little, bit by bit, she seemed to stop functioning. She stopped playing the piano. She stopped laughing. She stopped talking. And she stopped eating.

The girl was eventually diagnosed with Asperger's and OCD, and those diagnoses, along with a change of schools, helped regularize her behavior. However, she continued to fixate on climate change and the destruction of the world (perseverating on dark themes is classic Asperger's).

In school one day, Greta’s class watches a film about how much rubbish there is in the oceans. An island of plastic, larger than Mexico, is floating around in the South Pacific. Greta cries throughout the film. Her classmates are also clearly moved. Before the lesson is over the teacher announces that on Monday there will be a substitute teaching the class, because she’s going to a wedding over the weekend, in Connecticut, right outside of New York. “Wow, lucky you,” the pupils say. Out in the corridor the trash island off the coast of Chile is already forgotten. New iPhones are taken out of fur-trimmed down jackets, and everyone who has been to New York talks about how great it is, with all those shops, and Barcelona has amazing shopping too, and in Thailand everything is so cheap, and someone is going with her mother to Vietnam over the Easter break, and Greta can’t reconcile any of this with any of what she has just seen.

She saw what the rest of us did not want to see.

Thus began Thunberg's well-known climate strikes, which saw her and eventually other children in her country and around the world skipping school to protest the reluctance of governments to enact measures which would put an end to civilization as we know it so that, you know, the world doesn't end.

Which is to say, she followed what her teachers, her parents, and opportunistic politicians and activists told her to a logical conclusion.

Who knows where Greta's story will end? She'll probably keep winning awards, maybe eventually get that Nobel Peace Prize she's missed out on twice already. And politicians will name-check her for decades whenever they attempt to pass some ruinous Green initiative. But because no one is going to actually legislate us back to a hunter-gatherer society, I can't imagine Greta will ever achieve anything in life that she will find satisfactory. Most likely, her legacy will amount to nothing but a generation of similarly eco-traumatized children.