OUT: Ozone; IN: Particulate Matter 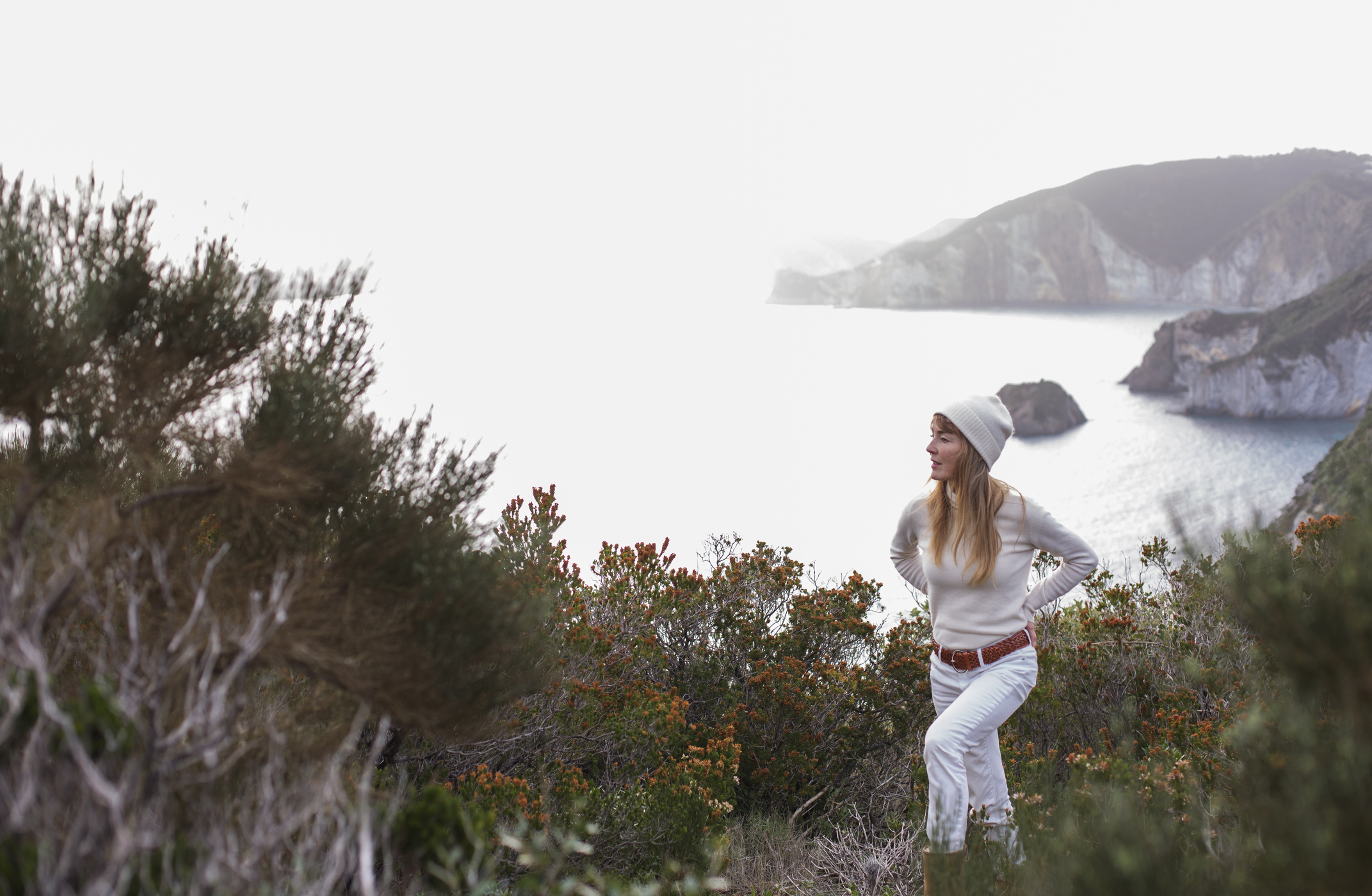 It’s the go-to solution when you need to complain about air pollution: particulate matter less than 2.5 microns in aerodynamic diameter, aka Fine Particles aka PM-2.5. It’s dangerous! It’s deadly! Removing it from the air will usher in previously unforeseen levels of economic prosperity! We know this to be true because the academic elite and the ruling class assure us it is so. If you are inclined to question the so-called “science” please shut the hell up and stand in the corner.

Oddly, PM-2.5 didn’t always have the starring role in the nation’s air pollution drama that it enjoys today. Shoot, for the first twenty-six years of the Clean Air Act it wasn’t even officially on stage.

The star of the air pollution world for the first thirty or so years was urban ozone, sometimes called smog. Ozone is welcome in the stratosphere where it blocks strong ultraviolet radiation. Not so much in the troposphere though, because that’s where we do our breathing. Ozone doesn’t get along with lungs very well. 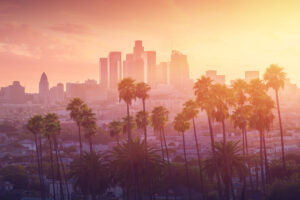 Welcome to L.A., the nation's bogeyman.

If you’re old enough, you can remember flying into big cities on hot summer days and passing through a layer of atmosphere that had a decided orange tinge. What you were witnessing was the interaction between two air pollutants, nitrogen oxides and volatile organic compounds that form unwelcome ozone in the troposphere during hot, relatively calm days.

One doesn’t see that phenomenon much anymore this side of the Los Angeles basin. Since it’s located in what is essentially a geological bowl, L.A. is about the greatest ozone incubator in the United States. Everywhere else, programs to reduce emission of nitrogen oxides and volatile organic compounds were wildly successful. From the perspective of many environmental groups, perhaps too successful. As more and more urban centers came into compliance with new ozone standards, it became harder and harder to keep up the scare. People aren’t apt to open up their wallets for a healthy planet. The Sierra Club et al. need the scare to survive.

Presidents Clinton, Bush number 2 and Obama tried to help solve the problem by redefining clean air to include lesser and lesser concentrations of ozone. Like it or not, there’s always going to be some ozone in the air we breathe. Less as you live farther from the equator where temperatures don’t support ozone formation. More if you live closer to the earth’s relatively hot midriff. (Even more should you decide to purchase an “air purifier” for you home that claims to accomplish that goal by generating ozone. Go figure.)

Continually redefining “clean air” by reducing the amount of allowable ozone in the troposphere didn’t work out as planned either. Big urban areas kept making reductions in emissions. Even those that couldn’t quite hit the ridiculously low ozone standard that Obama’s EPA implemented could still point to massive overall reductions in ozone formation over the decades. 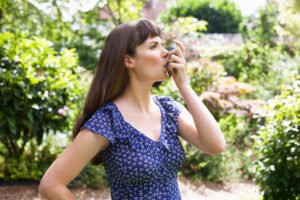 It was also harder and harder to play the asthma card, which is as important to environmental NGOs as the race card is to Democrats. You can’t keep wringing your hands about ozone causing asthma when we’ve got fifty years of data that shows steadily decreasing ozone generation and steadily increasing incidences of asthma. It is famously true that correlation is not necessarily causation, but in this case we don’t even have correlation.

So, the spotlight gradually shifted to PM-2.5. The EPA established a new National Ambient Air Quality Standard (NAAQS) for the pollutant in 1997. That standard was subsequently lowered twice, in 2006 and again in 2012. In 2020 the EPA reviewed the PM-2.5 standard again, as it is required to do for all NAAQS every five years and decided that the 2012 standards were low enough. Indeed the PM-2.5 NAAQS is now so low that it’s approaching background levels in many areas. But now the EPA has reversed itself – can’t imagine why – and is taking another look at lowering an already ridiculously low standard.

Here's the thing about PM-2.5: it’s an all-purpose weapon in the hands of pr-savvy NGOs. It’s everywhere and it can be – and is – blamed for any illness involving the lungs. When EPA does its peculiar arithmetic to demonstrate how much money a new regulation is going to save the nation, they trot out PM-2.5. Their logical progression is as follows: 1) numerous studies show that PM-2.5 is related to respiratory illnesses, 2) reducing PM-2.5 in the atmosphere will reduce respiratory illnesses by “N” amount, 3) fewer respiratory illnesses mean less hospitalizations and longer lives, 4) less hospitalizations saves consumers “X” dollars, 5) longer lives are worth “Y” dollars, and 6) X + Y = a bagillion dollars!

You can’t prove that any of this actually happens. But, you can’t disprove it either. Claiming monetary savings by reducing PM-2.5 is practically required to justify any sort of rule-making these days. EPA promulgated the Mercury and Air Toxic Standards (MATS) in 2011, a regulation aimed at reducing mercury emissions from coal-fired power plants. It was tough to find economic benefit in reducing mercury emissions, especially since the vast majority of mercury in the atmosphere originates in coal-fired power plants in China and India. So they turned to PM-2.5. It seems that the controls that lower mercury emissions will also lower PM-2.5 emissions Who knew! The majority of the “savings” that EPA attributes to MATS—$37 to $90 billion per year, if you believe them—comes from incidental PM-2.5 reductions. They did the same dance when the Boiler MACT rules, which affect industrial boilers of all kinds, were first promulgated. PM-2.5 reductions again “paid” for the cost of the rule. 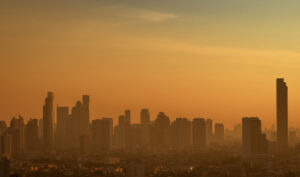 Amazing stuff this PM-2.5. One could make a fortune just by removing it from the air, with the side benefit that we would all then pretty much become immortal. But here’s something EPA never brings up when it’s championing the value of PM-2.5 reductions, or passing new rules that will “reduce” their presence in the air we breathe. The biggest source of PM-2.5 emissions, according to EPA’s own data is not industry. Nor is it mobile sources. The biggest source of PM-2.5 in the atmosphere are natural (biogenic) sources and fires. The latter category includes forest fires and controlled burns. About 75 percent of all the PM-2.5 in the air we breathe comes from natural sources and fires.

Claiming that reducing PM-2.5 emissions from industrial sources will have this magically profitable effect on the American economy is a nothing but a scam. Now, more than ever, industrial and mobile sources have less and less to do with the PM-2.5 in the air we breathe. If the politicians and regulators who piously claim that “they follow the science” truly did, you’d think they would admit that.