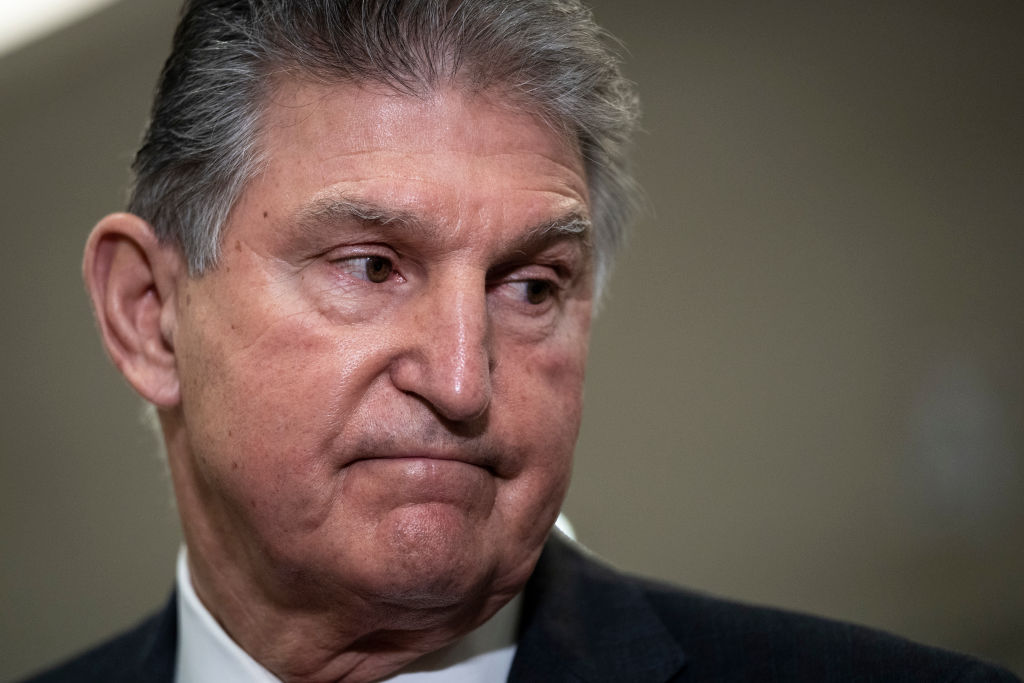 Thorn in the Democrats' side.

If you required further proof that Senator Joe Manchin, the last sane Democrat, is proud of having tanked his own party's multi-trillion dollar "Build Back Better" bill, look no further than this campaign ad he just cut -- for a Republican no less -- in which he brags about his opposition to it for voters in his home state of West Virginia:

The context requires a bit of explanation: redistricting has led to Republican Reps. Alex Mooney and David McKinley fighting to represent the same district, WV-2. Mooney has accused McKinley as being soft on BBB, which is wildly unpopular in West Virginia. And now Mr. Anti-BBB himself has stepped in say that that claim "is an outright lie," in the course of endorsing McKinley.

But that context is less important than the fact that Senator Manchin is now wearing his position as the great slayer of Build Back Better as a badge of honor. And make no mistake -- Build Back Better would have been a disaster As the New York Post explained back in December,

The $5 trillion BBB bill would have been a handout to Democrat-backed unions, federalizing child-care and pre-K workers into their ranks. It was full of gifts for everyone from rich people living in Democratic states (via the state and local tax deduction) to journalists (via media subsidies). Besides being a colossal waste of money, its “climate change” subsidies would have hurt Manchin’s state of West Virginia...

The legislation would have driven up the cost of everything for everyone — adding to our already historic inflation. It was nowhere close to being “paid for,” as President Biden claimed. And yes, it is $5 trillion, not the $1.75 trillion Democrats dishonestly advertised — by pretending programs would disappear after a year or two, when they knew they’d extend them forever. Even not accounting for that gimmick, the bill would add at least $367 billion to the federal deficit.

Considering the fact that Manchin's critiques of the bill (along with other massive spending proposals authorized by Congress and the White House since the outbreak of Covid-19) were always built upon his concerns about impending inflation, he's been proven more prescient than most of his colleagues. Of course they despise him for it. And judging by this commercial, he's ready to say with another Democrat of old, "They are unanimous in their hate for me — and I welcome their hatred."

Good on you, Senator. You've earned it.