Man is Not the Measure of All Things 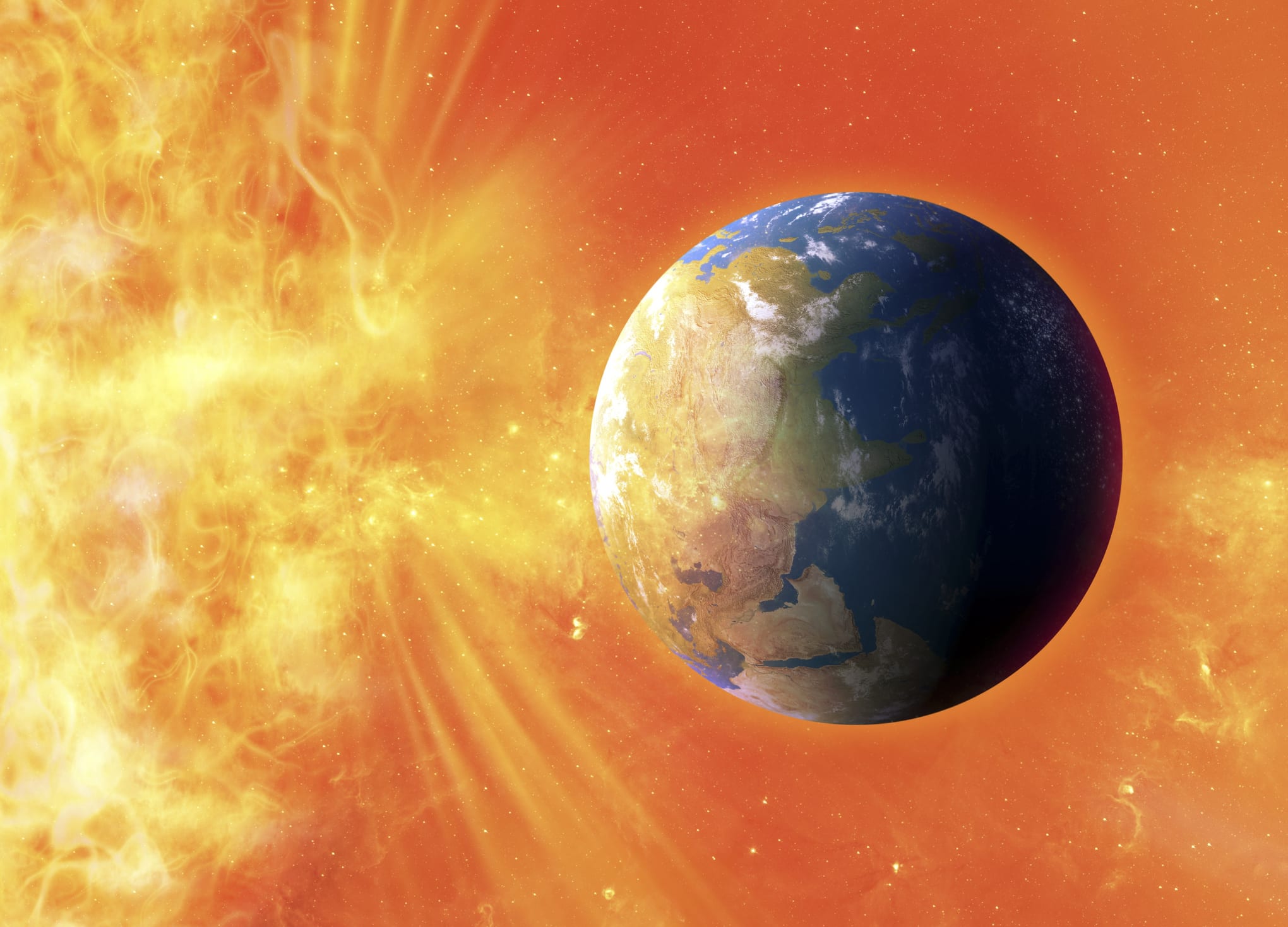 The sophist philosopher Protagoras is known for having said,  “Man is the measure of all things: of things which are, that they are, and of things which are not, that they are not.” There are certainly several ways to interpret this, but I see it from a modern perspective as a foolish claim for the primacy of subjective truth. This  notion  has led us to catastrophic wastes of resources. At the moment these fortunes are being wasted battling a new virus the transmission and treatment for which there was no empirical evidence and trying to control the weather for which there is little evidence of anthropogenic cause or resolution. We conflate hypothetical models for empirical fact. Perhaps Protagoras meant it as a claim for a moral life, regardless of laws or prevailing religious beliefs. In reality today, it is a pernicious concept that belief, absent evidence, is all that matters.

My email folder contains a blurb from the Economist repeating the claim that the lockdown, ostensibly needed to halt the spread of the corona virus, provides a new opportunity to reduce fossil fuels:

Our cover this week calls for a global effort to tackle climate change. Covid-19 creates a unique chance to steer the economy away from carbon at a much lower financial, social and political cost than before. Rock-bottom energy prices make it easier to cut subsidies for fossil fuels and to introduce a tax on carbon. The revenues from that tax can help repair battered government finances. The businesses at the heart of the fossil-fuel economy—oil and gas firms, steel producers, carmakers—are already going through the agony of shrinking their long-term capacity and employment. Getting economies back on their feet calls for investment in climate-friendly infrastructure that boosts growth and creates new jobs. Low interest rates make the bill smaller than ever. The world should seize the moment.

Yes, indeed, the smart set at the Economist have it nailed: With people struggling to survive massive unemployment, certain scarcity, rising prices, and social welfare costs, they’ll welcome even higher fuel costs and the multiplier effect of the raises, all to make us reliant on unreliable and more expensive energy. The Brits seem to have a penchant for modeling miscalculation. Despite their scary projections about the fatality rate of the virus it appears, says Dr. John Ioannidis, that “At a very broad, bird’s eye view level, worldwide the IFR [infection fatality rate] of Covid-19 this season may be in the same ballpark as the IFR of influenza.”

On the other hand, even California governor Gavin Newsom was just forced to kill his “green new deal” in large part, because the enormous costs and revenue loss to California, a result of his stay-at-home statewide order, made California’s bizarre budgeting even more untenable. That disaster was based on the same British-born modeling as his green new deal. At the beginning of the year he proposed a $12 billion “climate budget” for a state already deeply in the red with an aging, decrepit infrastructure, a failing but lavish government pension scheme, and enormous social costs (including payments to thousands of illegal aliens welcomed into his sanctuary state). Someone must have shown him the balance book, and with an already projected deficit of $54.3 billion exacerbated by his statewide lockdown , he had to withdraw that scheme.

The Brits are certainly not alone in fantastical thinking. CNN reported this week that the sun is experiencing a “solar minimum.” This hot news was hardly unanticipated. The earth has been always subject to solar cycles, and the minimum was predicted to come about soon for years. People not wedded to subjective interpretations of weather, consider this: there are as many as 18 observed variables determining the earth’s climate, and hardly any of them depend on human activity: precipitation; surface pressure; surface radiation; surface wind and direction; near surface temperature; surface water vapor; earth radiation; lightening; upper air temperature; upper air vapor; cloud properties; upper air wind speed and direction; aerosol properties; carbon   dioxide, methane and other greenhouse gases; ozone; precursors (supporting the aerosol and ozone. I think there are even more likely candidates for variables, for example, meteors hitting the earth, volcanoes, the variations in the earth’s orbits and  rotations-- and  doubtless there are other such effects we are as yet unaware of,and can neither influence nor alter.

As as my friend, James Lewis explained lucidly thirteen years ago, "climate science" is an immature discipline trying to deal with “hypercomplex systems.” It is completely “model dependent” and  full of surprises.

Now imagine that all the variables about global climate are known with less than 100 percent certainty. Let's be wildly and unrealistically optimistic and say that climate scientists know each variable to 99 percent certainty! (No such thing, of course). And let's optimistically suppose there are only one-hundred x's, y's, and z's --- all the variables that can change the climate: like the amount of cloud cover over Antarctica, the changing ocean currents in the South Pacific, Mount Helena venting, sun spots, Chinese factories burning more coal every year, evaporation of ocean water (the biggest "greenhouse" gas), the wobbles of earth orbit around the sun, and yes, the multifarious fartings of billions of living creatures on the face of the earth, minus, of course, all the trillions of plants and algae that gobble up all the CO2, nitrogen-containing molecules, and sulfur-smelling exhalations spewed out by all of us animals. Got that? It all goes into our best math model.

So in the best case, the smartest climatologist in the world will know 100 variables, each one to accuracy of 99 percent. Want to know what the probability of our spiffiest math model would be, if that perfect world existed?  Have you ever multiplied (99/100) by itself 100 times? According to the Google calculator, it equals a little more than 36.6 percent. The Bottom line: our best imaginable model has a total probability of one out of three. How many billions of dollars in Kyoto money are we going to spend on that chance?

The last ice age ended about 40,000 years ago, when an increase in methane in our atmosphere led to fast rising temperatures just to give you an idea of how just one of these variables effects climate. The sun, which seems to have just peeped over CNN’s horizon now that their Russian fantasy has been laughed off the stage, alternates regularly between high and low sunspot numbers, usually on an 11-year cycle. The best guess is that this time the minimum will last to 2025. Like predicting the climate of the earth, predicting the sun’s activity and—more important to humans, its effect on us -- is difficult. We can only make estimates based on observations, but CNN asserts it definitely won’t spark another ice age because of “climate change.”

"The warming caused by the greenhouse gas emissions from the human burning of fossil fuels is six times greater than the possible decades-long cooling from a prolonged Grand Solar Minimum," they wrote. "Even if a Grand Solar Minimum were to last a century, global temperatures would continue to warm. Because more factors than just variations in the Sun's output change global temperatures on Earth, the most dominant of those today being the warming coming from human-induced greenhouse gas emissions."

Wait. What?  “Human-induced greenhouse gas emissions” will save us from another ice age? Just two months ago, CNN was reporting that millions were suffering from climate change, and greenhouse emissions were to blame. Their source? The same Imperial College that gave us the absurdly overhyped Corona-19 virus fatality projections:

"Given that greenhouse gas levels continue to increase, the warming will continue. A recent decadal forecast indicates that a new annual global temperature record is likely in the next five years. It is a matter of time," said WMO Secretary-General Petteri Taalas. Climate change is making these extremes more common. This latest report serves as a valuable mile-marker of the climate crisis. Without climate action, populations around the globe can expect to see continued disruptions to their everyday lives.

"This report is a catalogue of weather in 2019 made more extreme by climate change, and the human misery that went with it," according to Brian Hoskins, chair of the Grantham Institute for Climate Change at Imperial College in London and not associated with the WMO State of the Climate. "It points to a threat that is greater to our species than any known virus -- we must not be diverted from the urgency of tackling it by reducing our greenhouse gas emissions to zero as soon as possible."

You have to be nuts to imagine that CO2 and not the sun or the many other variables, including the variations in our blue globe’s rotations and orbits, determines our climate.

A far more reliable source than Imperial College projections is the known record that for some time now solar sunspots at each minimum have been growing weaker. The year 1913 was notable for the lowest number of recorded sunspots “on the order of 311 days” and that year was “filled with wild weather extremes including the hottest temperature ever recorded on earth in Death Valley, CA.” Similarly, cosmic rays from solar activity, to take another variable out of our reach to manage, seem from observational studies to have a far greater impact on climate than CO2.

There’s money and power to be gained from projecting and peddling rank disinformation, so you can be sure that every wild weather extreme modeled by the now discredited Imperial College studies will be promoted by the Economist and the popular press as evidence of climate change requiring vast infusions of capital to control. Those who still find them credible will take those changes as proof  we must  stop using fossil fuels. What we need is more people reminding us that we're simply not that important in the cosmic scheme of things.