Inside the Dishonest 'Inflation Reduction Act' 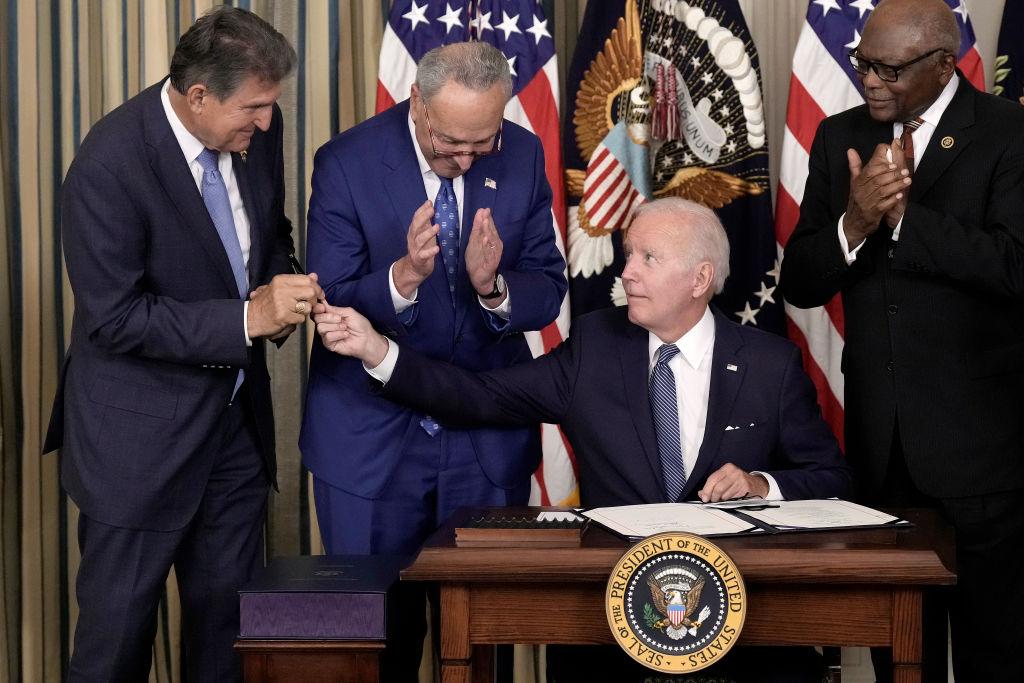 Democrats and environmentalists who are the Democrats’ core constituency are celebrating the climate provisions of the misnamed “Inflation Reduction Act,” signed into law yesterday by President Joe Biden, like it was V-J Day. Paul Krugman led the hyperbole parade with a column arguing that Democrats may have “saved Civilization” with the bill. This is a peculiar scene, as both the politics and policy substance of the bill fall far short of the hosannahs it is currently receiving. Below the surface, hard core greens are grumbling that the bill is a disappointment, with threats to disrupt its implementation. What’s going on here?

Before analyzing the substance of the climate portions of the bill, the political aspects should be recognized. First, there has never been a piece of energy or environmental legislation of this scale that wasn’t the product of extensive committee hearings, scholarly analysis, and floor debate that usually took months if not a year or more to complete, and always resulted in a bill that was able to achieve some bipartisan support, this ensuring its durability.

But the IRA was cobbled together in secret and in haste by Senate Democratic leader Chuck Schumer and West Virginia’s Democratic senator Joe Manchin. More likely the bill is being celebrated because it is thought to have saved Democrats, who equate their existence with civilization itself, from electoral rout in November. Both the partisan process of the bill’s passage and the lack of a regular lawmaking process suggest the bill’s stability and longevity may be limited. A future Republican Congress and/or administration may well cut it back. 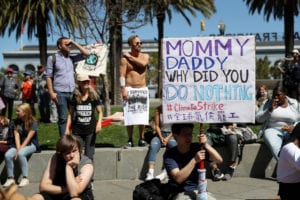 If you had proposed the climate portion of the bill to Democrats when Biden first took office last year, the environmental left would have erupted in outrage because it fell so far short of the designs of their beloved “Green New Deal.” In fact the price tag for the entire IRA is only about half of what Manchin proposed to Schumer in July of last year—an offer that the left scorned and raged about at the time. Now they have settled for half of a half a loaf while acting like they acquired the whole bakery. So desperate were Democrats to pass something—anything—they can point to as a “significant accomplishment” that this history is conveniently forgotten. Bernie Sanders is about the only leading progressive who has been candid about this.

On the substance of the bill, there are some prospective changes that further confuse the scene. The bill does represent a break with the previous demands of climate orthodoxy to impose a carbon tax and/or a cumbersome regulatory scheme on the electricity sector (though there is mischievous language in the law that may allow an opening for EPA regulation, as Chris Horner has pointed out here at The Pipeline).

It also purports to include support for reviving nuclear power, reducing—though not removing—the chokehold on some domestic fossil fuel production, and a “promise” of regulatory reform to come, which Manchin somehow neglected to get in writing, much less demanding a vote for regulatory reform before voting for the IRA. The heart of this bill is simply massive subsidies for wind and solar power and electric cars to the tune of $370 billion over the next decade. And everyone is rolling over for the talking point that these subsidies will enable the U.S. to achieve its “net-zero” ambitions by 2050, and its intermediate 2030 emissions reduction target under the Paris Accord.

Are these grandiose predictions realistic? Leaving aside the crucial defect of the intermittency of wind and solar power along with the necessity of vastly expanding our electrical grid to accommodate more “renewables,” there are reasons to doubt these promises. A traditional congressional markup process that included public hearings and expert analysis might have revealed some of the tradeoffs and wishful thinking behind the bill. The Los Angeles Times reported: “Princeton University researchers estimate that zeroing out U.S. carbon emissions by 2050 could require installing solar panels and wind turbines across more than 225,000 square miles, an area much bigger than California.” Anyone think the country is down for that much land defaced with windmills and solar panels? 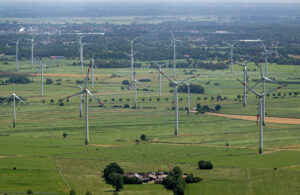 Things of beauty and joys forever.

The idea of “net-zero” arose when it became evident that achieving literally no carbon emissions by 2050 was ridiculous if not impossible, and thus the “net” part of “net-zero” will allow for lots of cheating, though the cheats will be called “offsets,” or “carbon sequestration,” which, despite 20 years and billions in research funding has yet to show carbon can be sequestered at scale and an a reasonable cost.

To reach the 2030 emissions reduction target, the rate of decarbonization in our energy sector will have to more than double, from about 4.5 percent a year since 2005 (thanks mostly to natural gas replacing coal rather than any effect of windmills) to more than 11 percent, according to the careful calculations of Roger Pielke Jr: “Is it possible that U.S. electricity emissions decrease by 70 percent by 2031? Sure, it is possible. Is it likely? No, in my view, not remotely. If the IRA emissions-reductions projections are indeed oversold, then it will be interesting to see responses, especially among climate advocates who may feel that they were duped.”

Environmentalist disappointment and subsequent outrage is destined to appear again regardless for two reasons. First, environmentalists can’t live without the frisson of apocalyptic doom, so they will have to resume the nonstop messaging of climate doom regardless of the results of the IRA. Second and more importantly, environmentalists are quietly lining up to make sure the implementation of the IRA’s climate provisions fail. 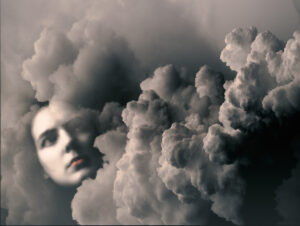 Yes, you heard that right. The adults in the room where climate policy is made have come to understand that the regulatory roadblocks environmentalists rely on to block pipelines, new oil refineries, and drilling on public land can also be used by grassroots groups in the states and localities to block the necessary infrastructure to enable wind and solar power to make any real impact on our electricity supply. The promise to reform environmental the permitting process, especially for a natural gas pipeline in West Virginia, was a large factor in getting Sen. Manchin back to the table. But as soon as the IRA passed, environmentalists vowed to stop any changes to environmental regulation, except for wind and solar power. It is unlikely that such narrowly tailored change can pass, and it wouldn’t reach the powers of state public utility regulators who guard their prerogatives jealously against federal encroachment.

Beyond these central problems are the closely related difficulties of electric cars and the resource supply chains necessary for scaling up the magical batteries that the newest fever dream of the climate campaign is relying upon. That will need to be discussed separately in a sequel.

3 comments on “Inside the Dishonest 'Inflation Reduction Act'”