In Egypt, a Sharm El-Sheikdown 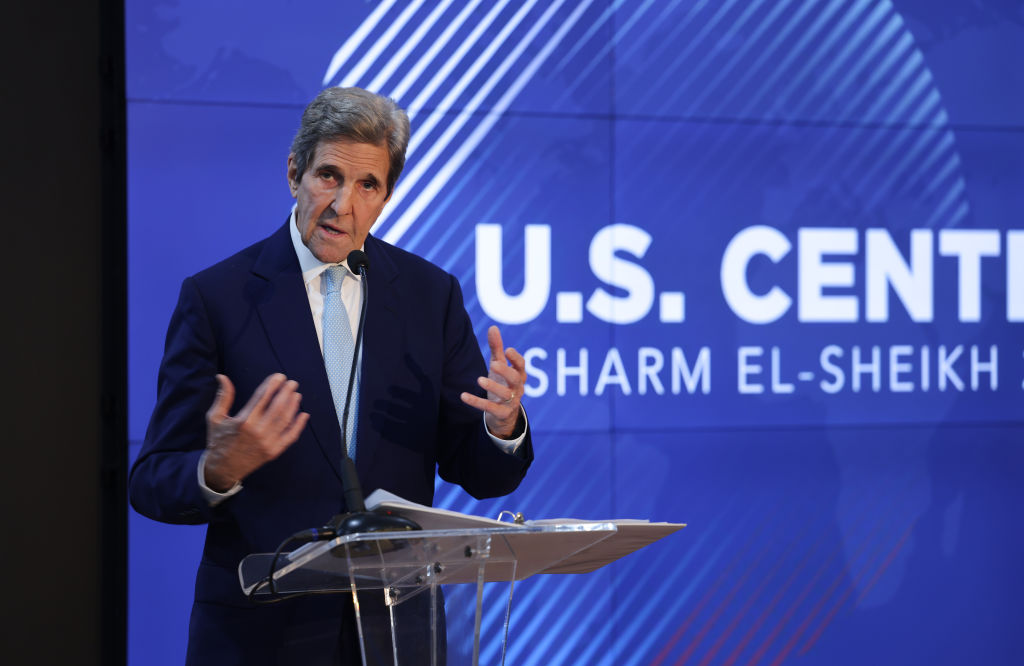 Some 200 grifters and blowhards are meeting this week at lovely Sharm-al-Sheik for COP27, a U.N. global warming conference in Egypt. Among the grifters is Venezuelan Marxist narco-dictator Nicolas Maduro. Among the notable attendees are American blowhards John F. Kerry and Al Gore, both of whom seem determined to destroy America’s strength and middle class, stoking exaggerated claims of environmental catastrophe from fossil-fuel emissions. This, while the two of them are each emitting more hot gases than almost anyone on the globe. The idea of this charade seems to be to stick the Western industrialized nations (us) for all the troubles in the Third World, which explains why the countries that emit the most fossil fuel emissions—China and India—don’t seem to be joining the party.

Aside from the slim, well-refuted science behind the claims that the CO2 has caused and will continue to increase, environmental disasters the record is clear that industrialization has led to marked improvements in lives all around the world, improvements made possible by increased capital which industrialization can generate. The site Human Progress tracks a number of indicia which establish that on a material basis the world has much improved, and if you look at the chart there, the number of deaths worldwide which can be attributed to natural disasters has very sharply decreased. So have deaths attributable to pollution.

Improvements in the lives of millions puts paid to the media and grifters' doom tales. World poverty has greatly decreased. From 2012 to 2013 global poverty fell by 130 million poor people. At the turn of this century the aim was to decrease it by half--instead by 2015 only 10 percent of the world’s population lived under the poverty line. China and India, the world’s biggest emission producers, led the way in the dramatic reduction of poverty. Do you suppose they will abandon their reliance on fossil fuels? 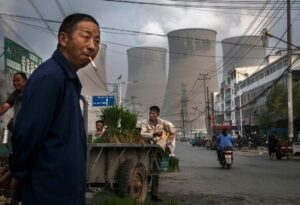 The media plays along with scenes of Bangladeshis wading through flood waters and sob stories about Vanuatu sinking forever beneath the waves unless we all turn off our heat and air conditioning and instead bike from the suburbs to the cities. Unfortunately for them, the record does not bear this out.

Take the small low lying reef islands in the Pacific, like the media favorite Vanuatu. They aren’t sinking and CO2 emissions are not responsible for the islands' shifting sizes. Ocean swells seem to partially eroded some western shorelines but the coastlines grew on the leeward sides protected from the swells. Bjorn Lomberg reports a Vanuatan resident was not concerned about global warming there. She and her family wanted running water, a toilet, fixed electricity and a boat to make trips to the clinic faster and easier. She complained that the government taxed the residents but did nothing to provide these essential services.

And then there’s Pakistan, to take another failed state with its hands out. Jim Steele at wattsupwiththat details the complex dynamics that drive Pakistan’s monsoons and droughts. It’s not you. And it’s not “climate racism.” If there’s a human hand in this recurring weather crisis, put the blame  on “past corruption and ineptitude.” Natural causes are to blame for the rest: rapid transitions from El Nino to La Nina; and the seasonal shifts off the Intertropical Convergence Zone; when it goes northward it brings the wet season to India and Pakistan and when it retreats southward in winter these countries experience their dry season. Says Steele:

Rainfall over India does not provide any evidence of a global warming trend. Three major regions of India have declining rainfall while two have increasing trends, and when all the sub-divisions of these regions are examined, the majority show neither increasing nor deceasing trends.

He reminds us that the Himalayan ranges also play a part (as the mountains in America’s West do). Heavy rains stay on the Himalayan southside, but the northern side is extremely dry. The drumbeaters for "climate change" have argued that rising CO2 levels will make this variability worse. There is no evidence for this. In fact, “Pakistan’s floods contradicted such climate crisis claims.” Atmospheric circulation shifted the moisture, not the fact that halfway across the globe you drive a gas-fueled car. 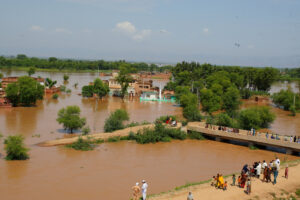 Part of the fun of living in Pakistan.

There’s much more here demonstrating the weather changes in these regions of the globe are the product of the “earth’s natural oscillations” but there’s no money in acknowledging that, nor does it fuel narcissistic beliefs that we can control the weather. So what do the conferees in Sinai hope to achieve?

The most significant funders of the "climate change" crew are governmental. In essence, it is a form of first-world foreign aid groups helping poor third world countries pirate ever more funds from their own countries' near-boundless national treasuries. It is these largely government funded outfits that supply the content for the media’s obscuration of accurate science on weather.

Last year at the U.N.’s COP26 conference the richer countries blocked a proposal for a financing body to cover “loss and damage” to the Third World, opting instead for three more years of “dialogue”—i.e. conferences at nice places around the world. It’s unlikely this year's conference will settle the questions of liability or set binding compensation. It’s also unlikely in my view that in the face of a looming recession any Western nation will agree to do so this time.

Perhaps aware of this, helpless Vanuatu is asking the International Court of Justice to rule that nations have a right to be protected from adverse climate impacts on order to strengthen their case. The evidence they can present in support of their position will be thin-to-none, especially if Chinese and Indian scientists weigh in.

You can’t fault failed states for trying to get us to bail them out, any more than you can blame students with expensive but useless college degrees from wanting to be excused from paying off their school loans, or failed states to want to be unburdened by unemployed and unemployable refugees from their mismanagement and corruption. But you can certainly blame the doomsayers for lying about “climate change” and political leaders for playing along even for a minute with this scam.

3 comments on “In Egypt, a Sharm El-Sheikdown”