In Canada, 'Oil is Dead' 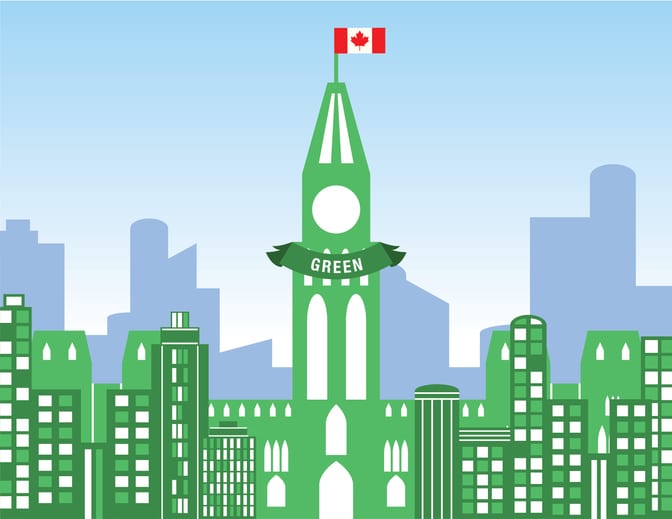 No matter where they're located, Green parties all over the world are interchangeable and indistinguishable from one another: all are devoted to the technological destruction of the Western way of life. Alas, their brand of ideological, neo-Marxist poison is especially virulent in Canada:

Canada's oil and gas sector is on the ropes as COVID-19 crushes demand and a global price war pushes domestic companies to the brink of bankruptcy — but two opposition leaders say Ottawa should simply let part of the industry wither and die. The Green Party's parliamentary leader Elizabeth May says governments around the world should use the pandemic, and the resulting economic fallout, as an opportunity to reorganize the energy mix and find other jobs for Albertans working in the sector.

Bloc Québécois Leader Yves-François Blanchet said Alberta's "tar sands" are "condemned" and federal funds should be directed at supporting renewable energy sources rather than projects like the Trans Mountain pipeline expansion. "My heart bleeds for people who believe the sector is going to come back. It's not," May told reporters Wednesday. "Oil is dead and for people in the sector, it's very important there be just transition funds."

The duo were in part reacting to prime minister Justin Trudeau's largely empty meaningless promise to send financial aid to the hard-hit energy sector, one of the lynchpins of the Canadian economy. As "green" political power grows, expect more sentiments like these:

Consider these remarks a warning across Trudeau's bow, even though, thus far, he's sticking to his position:

"No country would find 173 billion barrels of oil in the ground and just leave them there," Trudeau said at a 2017 energy conference in Houston. "The resource will be developed. Our job is to ensure that this is done responsibly, safely and sustainably." Trudeau has promised sector-specific support for the oil and gas industry beyond the $1.7 billion his government has allocated to clean up orphan well sites. He repeated that commitment at a press conference Tuesday.

Maybe. But given Trudeau's inclinations, few Albertans should take his "commitment" to the bank.