Hand Over the Solar Tax Credits, Or the Economy Gets It 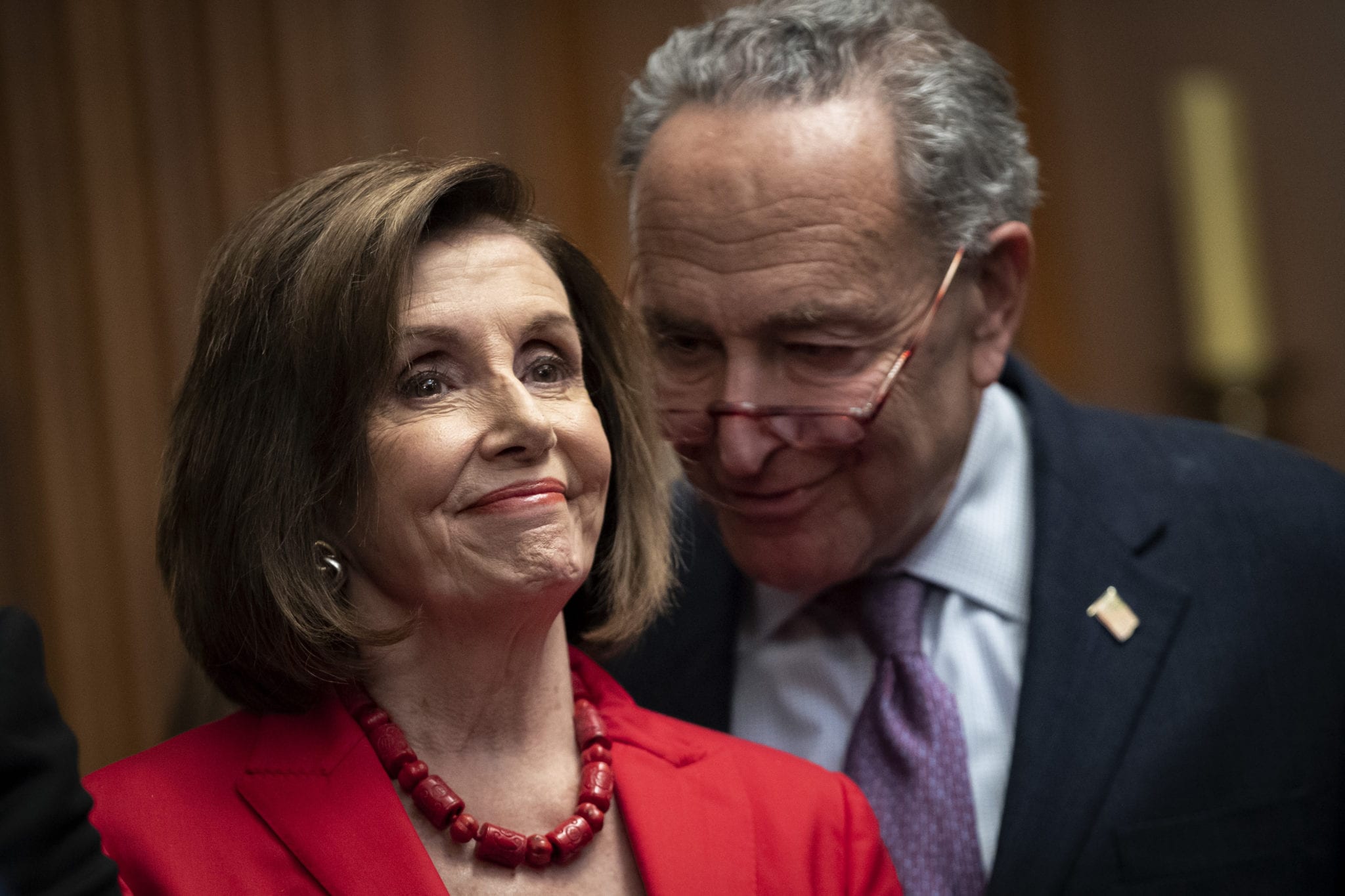 Yesterday Michael Walsh  discussed the pressing concern among western civilization's current cultural elite -- the Twitterati (God help us). The Blue Checkmarks (long may they reign) are deeply concerned that the ongoing coronavirus freak-out is distracting us from the real civilizational catastrophe -- Anthropogenic Climate Change.

They must be greatly relieved, then, that Nancy Pelosi (D-Twitter), has come back from her little vacation to Hawaii tanned, rested, and ready to seize the reins. Before her arrival, Senate minority leader Chuck Schumer confidently reported that negotiations between Democrats and Republicans over a nearly $2 trillion emergency relief bill were going well, and it would likely be passed on Monday. When asked about that comment, Pelosi replied ominously "Oh, I don’t know about Monday." She then unveiled a 1,400 page House bill which seeks to spend up to $2 trillion on really pressing pandemic related concerns such as:

It must be nice to be so certain that the media will carry water for you that you can pull this crap in a crisis. Of course, she's not wrong. Before Sunday was over, the New York Times had changed its initial headline about the Democrats' filibustering the bill the original bill (not Pelosi's) from "Democrats Block Action on $1.8 Trillion Stimulus" to "Partisan Divide Threatens Deal on Rescue Bill." Damn partisans.... whoever they are.

Climate specific items in the Pelosi bill include:

The focus on airlines is particularly underhanded, since that industry  has been especially hard hit. And yet, even just the requirement that they fully offset their carbon emissions will make firing employees and attempting to weather the storm a better bet for several airlines than accepting a bailout now.

America isn't the only place where the activist crowd are dictating the response of politicians. In Canada, Justin Trudeau's Liberal government unveiled new emergency legislation which grants the prime minister broad, unilateral authority to, among other things, bail out companies as he sees fit (uh, didn't they just have a major scandal which would call into question Trudeau's judgement on exactly this score?) and set taxation levels for the next 21 months (I wonder if that power might, at some point, be used as part of the ongoing battle over carbon taxes there). But at least if you squint, you see a justification for those measures, if not their extent (and anyway the Liberals are already beginning to back down from them). What Pelosi is attempting is much more cynical and shameless.

Though it doesn't roll off the tongue like Rahm Emanuel's "Never let a serious crisis to go to waste" in 2008, Democratic Whip James Clyburn's statement that this really is “a tremendous opportunity to restructure things to fit our vision” is an excellent description of what his party is doing. Thus far the Republicans aren't giving in --  Mitch McConnell was clearly pissed on the floor of the Senate:

The Democrats won't let us fund hospitals or save small businesses unless they get to dust off the Green New Deal! .... They're filibustering hospital funding and more masks because they want to argue with the airlines over their Carbon Footprint?! I'd like to see Senate Democrats tell small business employees in their states who are literally being laid off every day that they are filibustering relief that will keep people on the payroll because Democrat special interest friends want to squeeze employers while they're vulnerable.

And President Trump has sounded similar notes on Twitter:

Republicans had a deal until Nancy Pelosi rode into town from her extended vacation. The Democrats want the Virus to win? They are asking for things that have nothing to do with our great workers or companies. They want Open Borders & Green New Deal. Republicans shouldn’t agree!

Hopefully the GOP will stick to their guns, get the best possible deal through that they can, and we can begin the process of getting back on track after this insane historical moment.