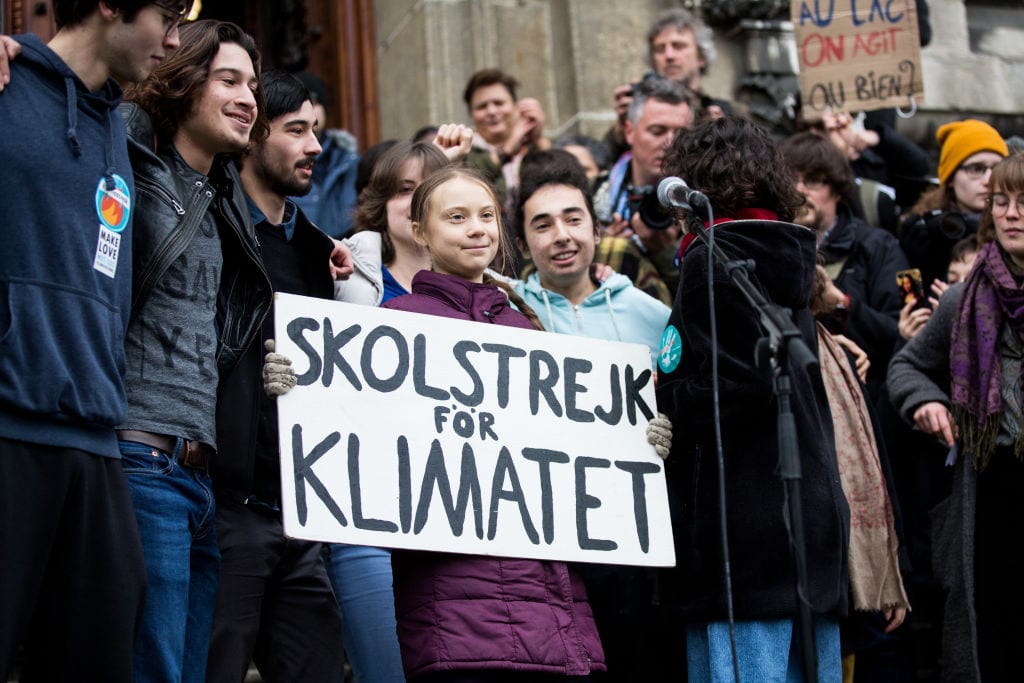 A quick follow up on yesterday's post about how Greta Thunberg really needs to chill, Matthew Lynn had a good piece at Britain's The Telegraph entitled Not Now Greta, We Are Trying to Save the Global Economy, in which he comments on this bizarre and misguided Greta tweet:

The last 2 months the European Central Bank has injected 7,6 billion € into fossil fuels.
Allow me to doubt the seriousness of the EUs' so called "green" recovery plan...https://t.co/DTm7Est8Kn

The impeccably politically correct president of the European Central Bank, Christine Lagarde, was probably a little taken aback to find her institution targeted on Twitter last week by the ferocious teenage activist Miss Thunberg.... [Her] complaint? According to an analysis by Greenpeace, from mid-March to mid-May the ECB bought more than €30bn (£27bn) of corporate bonds, of which €7.6bn were issued by oil and energy companies" ....

The Bank of England is in just as much trouble. It turns out that its Covid Corporate Financing Facility, has – surprise, surprise – been accessed by companies that climate change activists don’t exactly approve of. According to Greenpeace UK “airlines have been given … billions in cheap and easy loans to keep them polluting, without any commitments to reduce emissions or even keep workers on the payroll”. Even worse, “cruise lines, pesticides and car companies have received similar largesse”. The Bank is “bailing out climate wreckers,” according to the Green MP Caroline Lucas.

As Lynn points out, these criticisms are just dumb. "The ECB is not giving money to fossil fuel companies. It launched an emergency blast of quantitative easing as the eurozone went into lockdown." Which is to say, it injected cash into a teetering economy by (indiscriminately) purchasing corporate bonds. What's more, those bonds were purchased on the secondary market, so they weren't even bought from oil companies directly. They were attempting to bail out the economy, not particular companies. The same goes for the Bank of England. There are worthwhile criticisms of quantitative easing, but the Greta/Greenpeace suggestion here, that in a time of emergency, these banks should have stopped everything to make sure they weren't buying bonds with the names of oil companies on them, that is nuts.

Honestly, we'd all be much better off if this girl had stayed in school. Maybe she would have learned something.