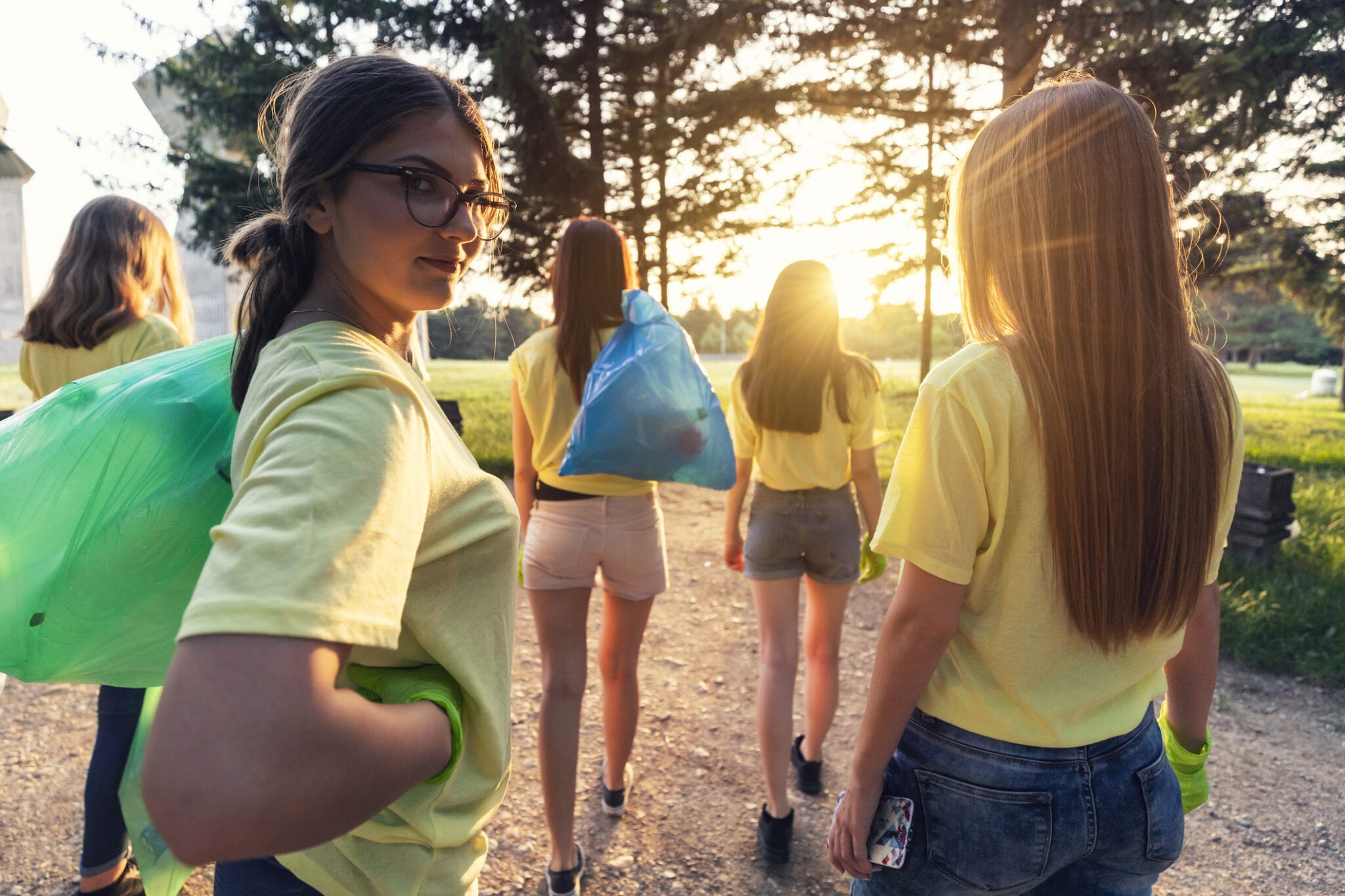 Unsettling Eurocentric masculinist knowledge one trash bag at a time.

In March of this year, an Open Letter signed by 265 Canadian academics urged Prime Minister Justin Trudeau not to provide an economic bail-out to Alberta’s oil and gas industry, instead allowing it, along with its many energy and economic benefits, to die out in favor of “sustainable economies.” Alleging that the oil industry is already over-subsidized and will soon be out-competed by “climate-friendly energy sources,” the letter advised the federal government to retrain fossil fuel workers and invest in renewables.

The letter was written by two University of Alberta professors: Laurie Adkin, Professor of Political Science, and Debra Davidson, Professor of Resource Economics and Environmental Sociology. One can only hope that, if their plan for gutting Alberta’s major industry comes to fruition, these two social scientists will be some of the first redundant employees to have a taste of their recommended “retraining.”

It may seem bizarre that so many academics are reflexively opposed to oil and gas development despite having little or no scientific background, little knowledge of the industry, and only a passing acquaintance with the presumed viability of alternative sources.

But what these academics have in common is immersion in radical environmentalism, which opposes the oil industry as a white male technology seeking to “dominate” the earth. The extent of the takeover of environmental studies by presuppositions that are explicitly anti-development, and actually anti-scientific, deserves to be taken very seriously.

Feminist eco-criticism is a major framework of environmental studies that claims to chart a more sustainable and socially just future. It rejects much of traditional science in favor of a feminist, anti-colonial approach not because feminist theories are more reliable or objective but because they are avowedly feminist. It stresses the need for “indigenous knowledges, local perspectives, or alternative narratives,” not because these are more trustworthy or replicable but because they are “indigenous” and “alternative.” The anti-science bias is overt and unashamed.

A few years ago, an article funded by the U.S. National Science Foundation called “Glaciers, gender, and science: A feminist glaciology framework for global environmental change research,” was published in the journal Progress in Human Geography. Though it caused much hilarity in the wider non-academic community, few people took the time to read it in full as a window onto an influential pseudo-science with wide academic appeal. The article proposes that feminist science (more specifically “feminist postcolonial science studies and feminist political ecology”) is necessary to achieve a “more just and equitable science.”

According to authors Mark Carey, M. Jackson, Alessandro Antonello, and Jaclyn Rushing, feminist science sees story-telling as equally important as the gathering, collection, and interpretation of measurable data. In the specific context of glaciers, but with relevance to science overall, the authors tell us that scientists must place new emphasis on “knowledge that has been marginalized or deemed ‘outside’ of traditional glaciology."

The assumption throughout the article is that scientific knowledge is never arrived at in a neutral or objective manner. All scientific processes and results are political, formed through systems of “power, domination, colonialism and control—undergirded by and coincident with masculinist ideologies." This is by now a familiar feminist assertion, a respectable part of what passes for academic truth: that science is untrustworthy because it is white and male.

The answer to the alleged “masculinist” (and colonialist) bias of science is not to attempt greater objectivity, transparency, or openness. Rather, it is to surrender objectivity altogether in favor of female and non-white perspectives, which are asserted to be “crucial” to the scientific enterprise. Why are they crucial? In an act of classic circular reasoning, the authors state that they are “crucial” because they have historically been “marginalized.” In their words,

The feminist lens is crucial given the historical marginalization of women…. Additionally, the feminist perspective seeks to uncover and embrace marginalized knowledges and alternative narratives, which are increasingly needed for effective global environmental change research. 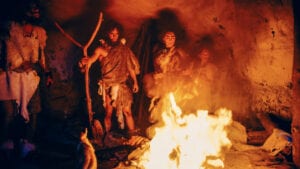 The article’s authors do not deem it necessary to show specifically how white male science has failed us—they simply point to the alleged “climate crisis”—or how women and non-white peoples will bring something to environmental science that white men lack. We are simply told, for example, that white male science has achieved a false authority, with “credibility… attributed to research produced through typically masculinist activities or manly characteristics, such as heroism, risk, conquests, strength, self-sufficiency, and exploration." Additionally, the authors claim in an astoundingly simplistic caricature that:

[T]he Baconian view of knowledge engendered a strong tendency in the environmental sciences to classify, measure, map and, ideally, dominate and control nonhuman nature as if it were a knowable and predictable machine, rather than dynamic, chaotic, unpredictable, and coupled natural-human systems.

It is arresting to see authors criticizing science for its interest in knowing nature (!) and alarming to sense the sneering objection to human attempts to “dominate and control nonhuman nature.” Do these authors believe that it is better not to know nature—or that human beings will be better off if, instead of seeking to control nature, we allow ourselves to be controlled by it?

This question is never explicitly answered, but readers are invited to consider projects that explore “how ice may be meaningful and significant beyond common efforts of control and domination." The article describes the goal of feminist environmentalism to be “the unsettling of Eurocentric knowledges, the questioning of dominant assumptions, and the diversification of modes and methods of knowledge production through the incorporation of everyday lived experiences, storytelling, narrative, and visual methods." In other words: not much actual science, and a lot of sentimental puffery about women, stories, and folk wisdom.

The basis of the article’s claims—that people have knowledge that is inseparable from their particular identity categories as European, non-European, Indigenous, non-Indigenous, male or female, and that knowledge is valuable mainly when it contests dominant assumptions and is produced by black, female, or Indigenous people—is embarrassingly retrograde, scientifically untenable, and asserted rather than logically defended. The authors of the article even lament that in a particular study of climate change in Tibet, female Tibetan herders consistently refused to be interviewed, “citing their own lack of knowledge." For the authors, it seems, these women who did not want to be interviewed about climate change were crucial sources of “alternative knowledges,” if only they had recognized the fact, and if only their male-dominated culture had celebrated them for it.

In another part of the article, the authors write with evident respect of a study of Indigenous women’s climate knowledge in Canada’s Yukon, in which the Indigenous women spoke of local glaciers as “willful, capricious” beings, warning the researcher “about firm taboos against ‘cooking with grease’ near glaciers that are offended by such smells” and explaining that “[c]ooked food, especially fat, might grow into a glacier overnight if improperly handled." 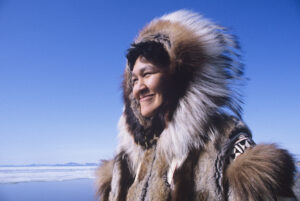 No cooking with grease, the glaciers don't like it.

Don’t laugh. This is dead serious.

Like the feminist, anti-white, and postcolonial theories from which it springs, feminist environmentalism relies on many such non-scientific, unproven and unprovable ideas. It accepts that women and non-white peoples have been excluded from western science due to its white and masculinist biases; furthermore, it accepts that “subjugated knowledges”—including fanciful notions about fat and glaciers—are crucial for improving scientific research. It seems that science itself is far less important than the political claims that can be made on its behalf.

The authors’ willingness to rely on anecdotal and experiential rather than scientifically replicable studies is particularly concerning here. At one point, referring to a video project that explored Indigenous perceptions of climate change, the authors celebrate the project’s focus on women’s voices despite the apparent banality of the women’s observations. They report that “Knowledge about changing climatic conditions and glaciers varied among the women involved, with one participant appreciating the warmer weather at high elevation, another lamenting the loss of a glacial lake for its hydrologic impacts, and another who inhabited an urban area being largely unfamiliar with nearby environmental changes." These non-scientific observations are acclaimed as “divergent local voices” that significantly “diversify” and “localize” so-called “scientific” information.

Carey et al. thus enthusiastically propose an alarming future for climate change research in which political correctness is valued more than sound, usable science. The anti-male and anti-western animus on display here is so profound that one suspects nearly any regressive outcome would be acceptable so long as the methods are ideologically pure. No wonder so many academics can blithely call for the destruction of the oil industry, with its enormous benefits to Canadian health, security, and energy production. Ultimately, the anti-scientific basis of the feminist strand of environmental research poses a threat to civilization itself.