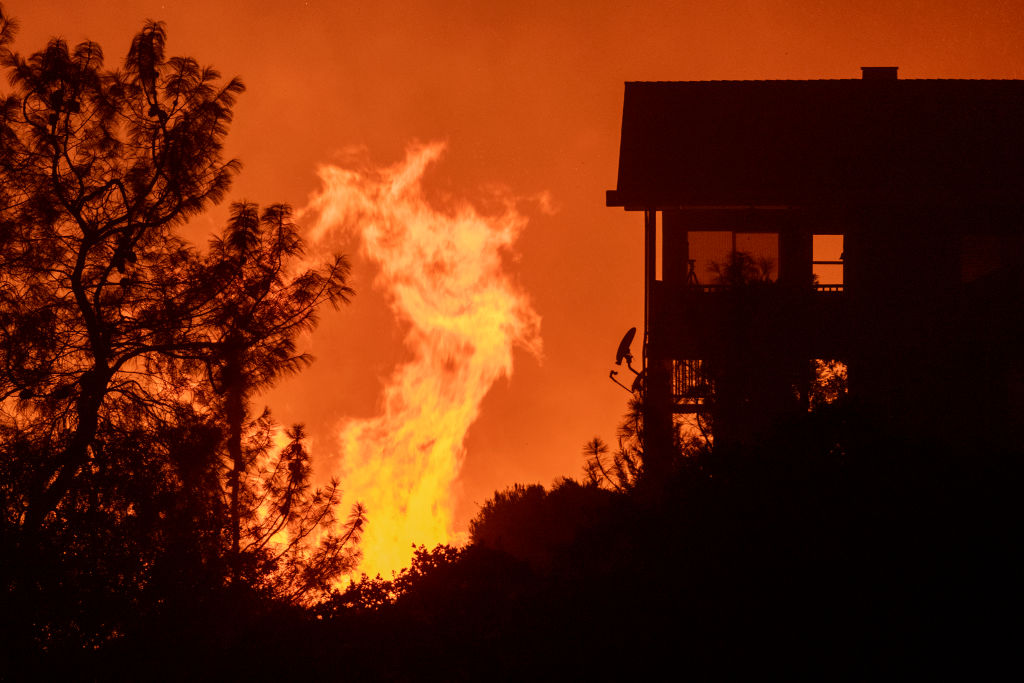 Blame a friend of the Earth.

For months, Homeland Security Secretary Alejandro Mayorkas has been going around saying to everyone who will listen that, at the moment, America's most pressing terrorist threats are of the domestic, right wing variety as exemplified by the Capital riot on January 6th.

Forgive me if I find this hard to believe -- that event, which the Democratic media complex insistently calls an "insurrection," has mainly led to prosecutions for trespassing, property damage, and -- most serious of all -- assaulting federal officers. As former prosecutor Andrew McCarthy has pointed out, while Democrats and even the Justice Department frequently refer to the rioters as terrorists, actual terrorists like Dzhokhar Tsarnaev and Timothy McVeigh were sentenced to death for their crimes. The worst of the Capital rioters is looking at about "three and a half years."

That's right, respectable center-left publications like the New Yorker are giving a platform to people who call for actual terrorism. Andreas Malm is a Swedish professor of human ecology at Lund University, who is described in the blurb of his so-called "lyrical manifesto," How to Blow Up a Pipeline, as a "noted climate scholar (and saboteur of SUV tires and coal mines)." In both the book and the interview he calls for "the environmental movement to reconsider its roots in nonviolence." Note that the embedded assertion here, as if environmentalists are universally non-violent. They aren't.

Malm even has some suggested targets, mentioning specifically oil pipelines being built in Africa. Said Malm, “If people in that region were to attack the construction equipment, blow up the pipeline before it’s completed, I would be all in favor of that.” He went on to discuss the Colonial Gas pipeline ransomware attack last spring, and his hope that some enterprising environmentalist might do something similar to save the planet rather than just to make a few million bucks.

Acts of violence like this can and do happen. Earlier this month two leftist environmentalists were found guilty of attempting to derail trains in Washington state. They did this in solidarity with the Wet’suwet’en Nation native group in Canada over whose land a pipeline was being built. Of course, as we discussed at the time, the Wet’suwet’en were largely in favor of the pipeline project, which brought jobs and investment to their land. It was opposed only by a minority of their leadership, but this was the pretext on which these young ladies acted, along with hundreds of other eco-terrorists across Canada. They're lucky no one was killed.

Meanwhile, another young woman, an "idealistic" yoga instructor who was known to be "into conservation and forests," was arrested in Northern California last week on suspicion of having intentionally set one of the worst wildfires of this past summer. One hundred forty-four buildings were destroyed and thousands of people had to be evacuated. Prosecutors haven't announced a motive yet, so as of now we can only speculate. But it isn't crazy to imagine that she, or some of the more than one hundred other people who've been arrested in California for starting wildfires this year, were motivated by the desire to give credence to the false narrative that the fires in California's were the result of climate change.

If the left are so set on bringing the War on Terror stateside, they should expend a little energy looking at their own side.