Do We Really Need a 'New Energy Frontier'? 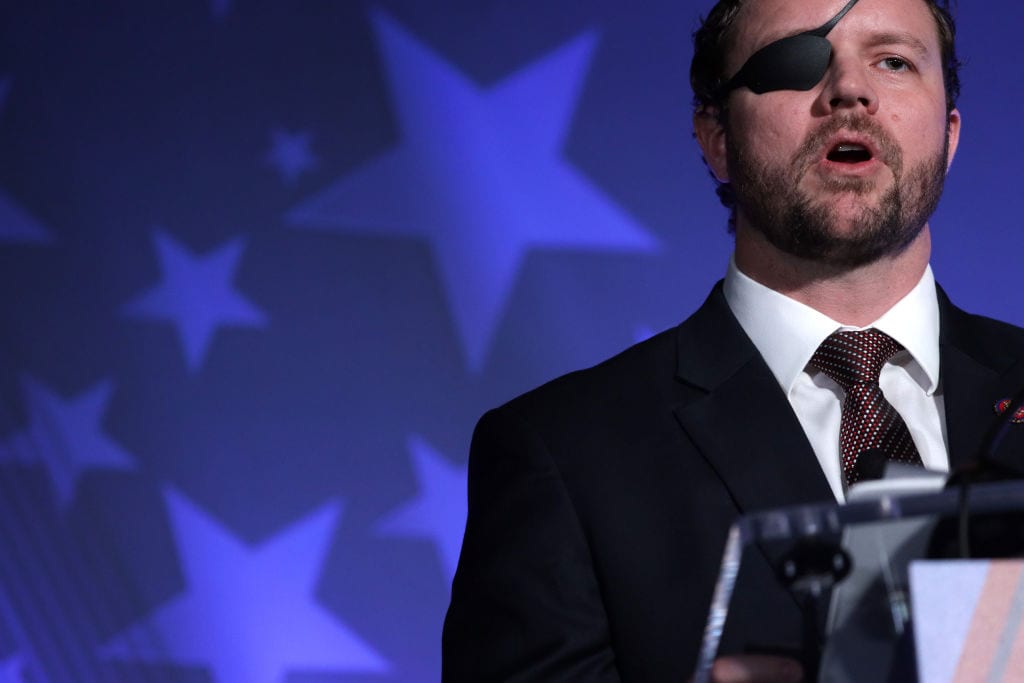 Dan Crenshaw is a first-term member of the House of Representatives from Texas. He's also a veteran, a former Navy SEAL who lost his right eye in Afghanistan, was awarded two Bronze Stars for heroism, a Purple Heart and other commendations. Since his election in the 2018 midterms, he's been regarded as a rising star in the GOP. It's more than a little distressing, therefore, to see that he's accepted the "climate change" premises of the Left and is now offering conservative solutions to a non-existent problem.  That's it's for transient political reasons makes it all the more troublesome. First, the premise:

I recently joined House Republican leader Kevin McCarthy in unveiling a proposal that takes existing innovative technologies — ones that have proven to reduce emissions here in the United States — that the U.S. can then market and export to the world. After all, climate change is a global issue, and with global energy demand expected to increase by 25 percent over the next 20 years, there is a distinct need for the U.S. to export cleaner energy sources to the developing world, as well as to the biggest CO2 emitters, such as China and India. Crushing our own economy, as the Green New Deal would have us do, will not stop worldwide growth in emissions or decrease worldwide energy demand.

My portion of the plan — called the New Energy Frontier — focuses specifically on carbon capture, a field in which there is already promising innovation. For instance, the company NET Power, located near my district in Houston, has developed a natural-gas electricity plant that has the capacity to power 5,000 homes, while capturing and recirculating CO2 back through the plant via an innovative thermodynamic cycle. As a result, the system produces zero net emissions.

That's terrific -- but the jury is still out on whether CO2 has anything to do with "global warming" or "climate change" -- and that, in fact, slightly higher levels of carbon dioxide in the atmosphere may actually be beneficial. Nothing wrong with the USA profiting from selling "carbon capture" technology to the Third World if that's what they want -- but note how the punitive suicide cult known as the "climate change" crew generally exempts or ignores China and India from its doomsday calculations and instead concentrates its fire on its principal enemy -- us.

Also troubling is his call for yet more government, this time a new wing of the Department of Energy. Remember when conservative politicians advocated the abolition of useless federal-government accretions, such as the Energy and Education departments? Those days are now gone:

The New Energy Frontier devotes existing funds at the Department of Energy (DOE) to the research, development, and deployment of carbon-capture technology, so that these kinds of innovations may then be scaled up. I also propose creating a new “Carbon Utilization Energy Innovation Hub,” which will exist within DOE for the sole purpose of exploring how we can make carbon dioxide useful.

It already is useful: CO2 is what plants breathe in, expelling oxygen in return so that we humans and other animals might return the favor by breathing in oxygen and exhaling carbon dioxide. Symbiosis is a wonderful thing, especially for carbon-based life forms like us. Crenshaw does make some good points, well-known to all conservatives:

It is long past time for conservatives to point out the flawed reasoning of the radical environmentalists. Their dogmatic obsession with a wind-and-solar-only energy grid leads them to foolishly denounce other sources of carbon-free energy such as nuclear power. They call for a ban on fracking, thus ignoring the massive carbon-reducing effect of natural gas. They also ignore the simple fact that, right now, only fossil fuels can deliver the economic production the world relies upon. As Bill Gates astutely asks those who advocate fiercely for wind and solar, “What’s your plan for steel?”

That is why conservatives must make the case for what has actually worked. Owing in part to the shale revolution and our emergence as a natural-gas superpower, the U.S. has reduced carbon emissions by around 15 percent since 2005. Contrast that success with countries such as Germany, which dove headfirst into renewables with a $580 billion investment, but still saw an increase in per capita emissions. Why? After the self-imposed destruction of its own energy supply, Germany was forced to rely on Russian gas, which has a 40 percent higher carbon footprint than American natural gas. Good intentions and dogmatic obsessions with eliminating fossil fuels have utterly failed the environmental cause, yet activists continue to faithfully cling to them.

Everybody agrees that we should not consciously pollute the atmosphere, and the success of the Green movement since the first Earth Day back in 1970 in cleaning up everything from dead fish in the Hudson River to smog in Los Angeles has been all to the good. The problem -- as it often is, especially in the United States -- is that we can't seem to declare victory and then stop before the balance tips and whole industries are put out of business because somewhere a small child is weeping. No matter how we try to appease the Watermelons (green on the outside, communist red on the inside) it is never enough, because it can never be enough. It's all or nothing with them, so if we're not prepared to give them everything, giving them nothing is the way to go.