Diary of an Acclimatised Beauty: Vaccinating 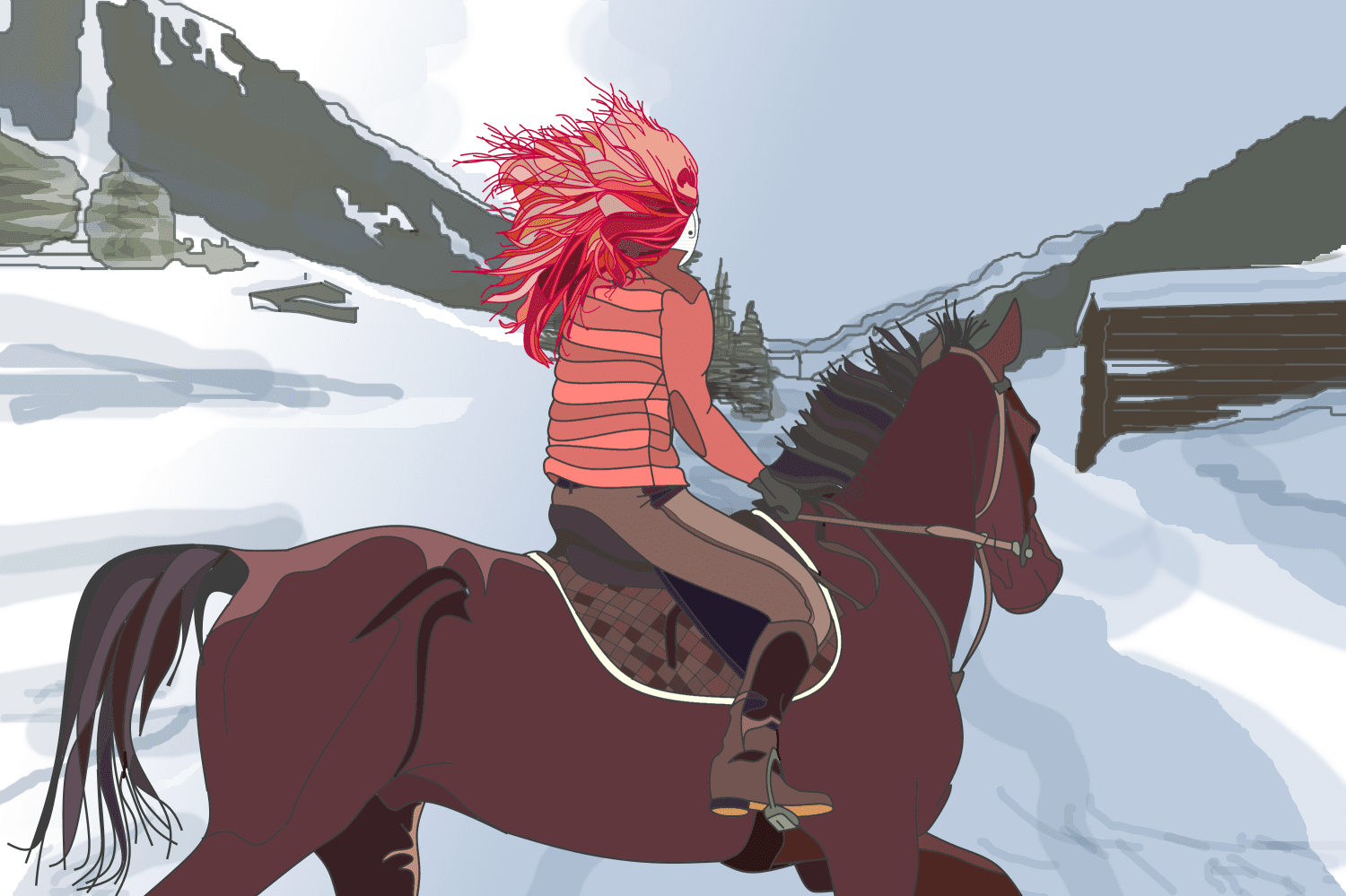 Whatever happened to wellness?

VACCINE! VACCINE! VAK-SEEEEEEN! The sound of it has become as harsh as COVID Nine-TEEEEEEN! (the only infectious disease out there. Apparently.)

I’m once again “stuck”. This time in Davos, where I came for the Great Reset Agenda after accompanying my father to an “essential” infrastructure meeting in Copenhagen. I mean what’s a girl to do with the world shut down? And all because our entire focus is on vaccines instead of wellness. I haven’t been able to return to my beloved Los Angeles for nearly a year and soon I’ll be labeled COVID Mary if I try to return amid the buzz of a new variant.

On this point even stuffy old Daddy and I agree. He, because he’s old enough to remember when we vaccinated against incurable diseases like polio, and me because I’ve been living and working among the Hollywood elite. And I’m sorry but let’s face it... with more money comes access to better information—or so said a Hollywood A-lister when he first explained it to me at a party in Malibu. We’ve been in the forefront of anti-vaxxing long before Republicans took it up as their cause. WE are famous for it -- NOT THEM!

Daddy’s more sanguine argument is it shouldn’t be our focus when we’ve got treatment for it —and it’s 99 percent survivable. But I’m taking the larger view in that if we start chasing down every perceived “variant” what we are really doing is demanding a virus-free world... year in, year out, forever. And neither Daddy nor I can blindly #backboris on this. All three of us have had it (Covid) and just because he (Boris) got scared out of his wits, is no reason to lock down the whole country. And, again... where are the wellness programs?? 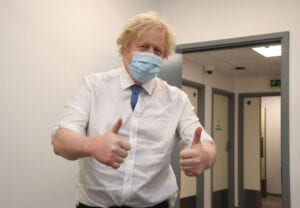 In this corner: Battered Boris.

Gosh I’m glad I’m not a Tory in these times. Can you see Churchill asking Britons to hunker down in fear? He’d have sent the NHS packing if their solution was a dose of panic. Luckily we don’t have any modern-day enemies, despite all Daddy’s bluster about China, but if we did, can one imagine what they’d be plotting? They’d be delighted to hear the equivalent of Boris (as if on the wireless) hawking [an enemy so terrifying, you need two masks to fight it].

And I know exactly what my Tory father’s response to that type of talk is...“Oh, Winston, what they’ve done to your party!” And I don’t blame him. In this battle, Daddy’s been the real hero... saying simply, “Get it, get over it, get on with it.”

Personally, I’ve lost a few friends over trying to promote health and sanity. If I say anything like “it wasn’t so bad” or “mummy’s bout was slightly worse,” I am attacked and vilified for promoting “dangerous” and “reckless” ideas. Since when is spreading sunshine (and my truth) dangerous? And if I suggest a course of action (a prophylactic wellness regimen) they make some snide comment about “California thinking,” so you see we are divided AND conquered. Perhaps I should just say Mummy died… so sad… please send flowers. Spreading fear is the new way to win friends and influence enemies!

So hard to believe it’s been a year since I blogged on the best smudge-proof lipsticks to wear with masks.

One thing’s for certain… Google should be handing out MDs since somehow everyone became an epidemiologist during quarantine, and everything we know about viruses and immunology has magically warped into, we’re all gonna die.

I don’t mean to sound cavalier, having gotten sick and gotten over it but in any other reality I’d be in a group with those Korean kids in Los Angeles whose mums take them to chicken pox parties—the point of which is go to the party, get infected and enjoy lifelong immunity. Hey I don’t know if they are anti-vaxxers (I honestly don’t) but there is no denying recovery from an actual virus provides lifelong immunity. 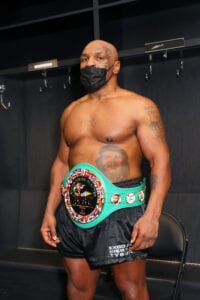 Except in this scheme… the plan is NO. No way, no how, you never get out, new strains, fourth lockdown NO NO NO. And the U.S. (you can’t make this stuff up) is ramping up to spending $350 billion to “fight the virus”. Seriously…what does that even mean? Who's fighting the virus -- is it Mike Tyson? Cause we know it isn’t Jonas Salk.

And what happened to ‘my body, my choice’? I’m free to kill a baby,  but I can’t decide for myself? Well here in Davos -- and frankly everywhere where money is not an impediment -- we are deciding and I’m embracing the original… after all, with more money comes better information. As horrible as this is to say… it’s the masses that are being suppressed, so don’t blame me.

Speaking of the 1 percent,  I watched the press vilify fellow climate enthusiast John Kerry for constantly flying private, and thus making his daily carbon footprint exceed that of most humans in a lifetime, but he really should have called out our real enemies—those pro-vaccine Republicans who shouldn’t now be asking us to fly commercial.

Here in Davos we are a healthy set, skiing and swimming and sauna-ing. And mostly flying private. Still every conversation is polluted with talk of a vaccine! I don’t know what they expect to have happen but we can’t keep this up. I’m thinking of launching my own frequent traveler business. But for sheer profit—I’m not sure if I should focus on wellness, or offer a vaccine du jour.

I could set up an algorithm where I plug in where you’ve been and where you’re going and then adjust based on what’s hot (contagious) right now. Granted it’s essentially what a healthy body does on its own but as you can see there’s no money in that.

4 comments on “Diary of an Acclimatised Beauty: Vaccinating”