Diary of an Acclimatised Beauty: Treating 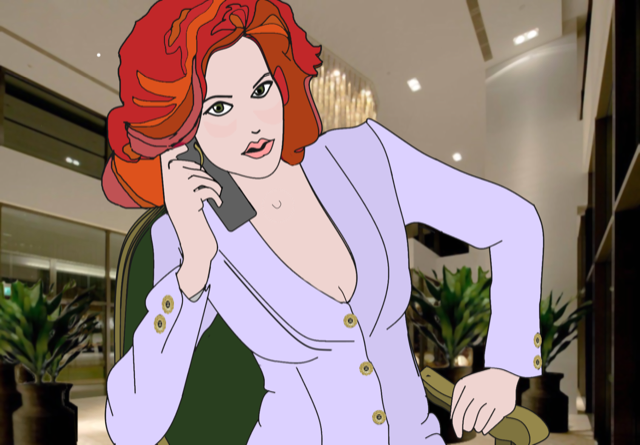 I really can’t believe the bad luck of the last two hours but no matter the blame, it’s landed me in the A&E. Of course here in New York it’s called the ER, but it’s essentially the same thing -- the worst people, most of them in no real state of emergency, who’ve brought their entire family to sit with them while they wail about the real tragedy—the wait times. And obviously there are real emergencies, but those folks are whisked away while the rest of us cast furtive glances on those whose level of crisis may supplant our own place in the queue.

And it was a furtive glance that delivered me to hospital in the first place. Forgive me as I am indeed cross but lately the world seems filled with first-time parents who should no more be in charge of a small child than China in charge of our planet. Having arrived at the lobby level I stepped out of an elevator (OUT before IN as the rule goes) only to be thrust into a floral arrangement from the force of an urchin child no taller than my knee; and whose defeated parents were several paces behind. Before I’d even realised what happened, my eye was stinging and I realised I’d grazed it, or sliced it, or done something that now required someone with more than a makeup mirror to determine just what. 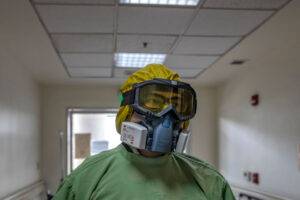 The doctor will see you now.

‘Oh sorry’, the hapless mother said, not really meaning it but hoping I’d find her cherub half as adorable as she clearly did. It was no use telling her what I really thought as the holy terror had undoubtedly been indulged and was likely to be fed large spoonfuls of ice cream while I sat in the most unflattering light, awaiting my fate at the Columbia University Medical Center. I’d grabbed a coffee, and a bottle of water, and a protein bar on my way in owing to incessant media reports of ‘capacity’ at emergency rooms around the country. Capacity and cases seemed to have replaced deaths in the ongoing Covid pandemic screed and I was grateful to find a charging station for my mobile as I readied myself for the long wait ahead. Seconds later I heard someone barking my name and when I looked up, I was led to a treatment area.

I looked down a row of empty chairs as a too-tight cuff told my blood pressure and three staffers in scrubs checked their phones while another scrawled on a clipboard. Two more came to talk to me and I was led down another corridor and into a large room with beds separated by curtains. I wasn’t about to start complaining about the short wait but what about the much-hyped capacity? The NHS had nothing on Columbia Med as I googled average wait times in London —‘our goal of four hours’.

While I waited for the specialist I asked the attending physician if all the beds were full? And where were all those' cases'? And bodies piling up? And what of the mad triage we had been hearing so much about? There are times when a British accent and freshly-washed hair will get you nearly anything from a young and eager chap, and I don’t mind admitting today was one of those times.

In twenty minutes he explained to me that American hospitals are actually paid 20 percent more for a coronavirus diagnosis and therefore ‘you can rest assured they are telling people to 'put it on the DRG' which he explained is some code for getting the highest reimbursement from the government. The reimbursement didn’t make that much sense to me as I well understood the U.S. was not all on one shared government programme but he further explained that since Covid, there were nearly no private hospitals anymore; and that everyone had become dependent on the government dollar. He also explained it was the same for anyone getting a Covid test, and although I’d already interacted with a dozen or so hospital employees—they would indeed test me for Covid before I left.


Having understood the push to get as much government dollar as possible didn’t explain the ruse of cases, and claims of overcrowding, and understaffing… or did everyone just die before I got here? I asked. He leaned in so as not to be over heard and said:

‘Wall Street could take a tip from hospitals when it comes to managing costs—everything we do is based on some measured care matrix to ensure maximum profit— who we treat, who we keep overnight, who we can over-bill, what we diagnose. Believe me—you don’t want to know. And if I have the stomach for it I may end up the head of a malpractice committee.’

I just stared at him, wondering if the specialist on his way would be equally cavalier about the human being sitting in front of him. ‘I probably won’t, he added, but hospitals hire the cheapest docs to staff the ER, those of us just starting out, and that’s the long and short of it.’

This made me quite unhappy as I rang Daddy in London. ‘Hello Jennifer.’ Daddy answered.

‘Hi Daddy, don’t panic, I’m at the A&E, and I’m fine, just sliced my eye on a plant and well… it’s very upsetting to learn that the hospital cares very little for me, and only for their bottom line.’ 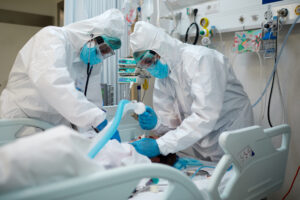 You'll be right as rain, plus 20 percent.

‘It’s fine, I promise, but I’m really not happy about a conversation I just had about the business model of a hospital, and I thought I was getting better care in the U.S., than from the National Health.’

‘You probably are.’ Daddy said, ‘But it is a business, and not a very successful one either. Most hospitals are losing money, so there’s an incentive to lie about the diagnosis. Even a positive coronavirus test while treating your eye injury will mean they can bill for 20 percent more so if you want to do them a favour why don’t you tell them you have symptoms of flu.’

‘As am I, and as such, you need to accept that they are doing what they will to maximise profits. They don’t work for you… they work for their interests. Of course, they can’t be entirely irresponsible or that would hurt their bottom line as well.’

‘So the constant drumbeat of capacity and cases?’ I asked...

‘Serves their bottom line. This ability to collect an additional 20 percent won’t last forever, so they are going to push that as long as they possibly can, to make it seem as dire as possible, and to use fear to get the public not to complain.’

‘But how can the largest city in America not notice?’ 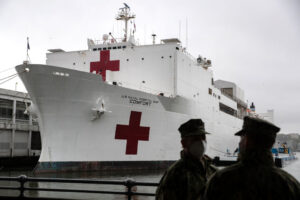 ‘You tell me. How did they not notice a hulking hospital ship floating in their harbour? It had a thousand beds available of which only twenty were ever used and they sent it away while keeping people quarantined by claiming capacity and cases. So if you are concerned about the conflict of interest… the fact that your doctor is working for the hospital, and your insurance company is looking after their own profits, I suggest you take their advice for tonight, and go see a private physician tomorrow -- one that has to answer to you.’

‘Exactly like that. And in future, my little green vegan, you might take note that plants are not always your friend.’

2 comments on “Diary of an Acclimatised Beauty: Treating”