Diary of an Acclimatised Beauty: Resetting 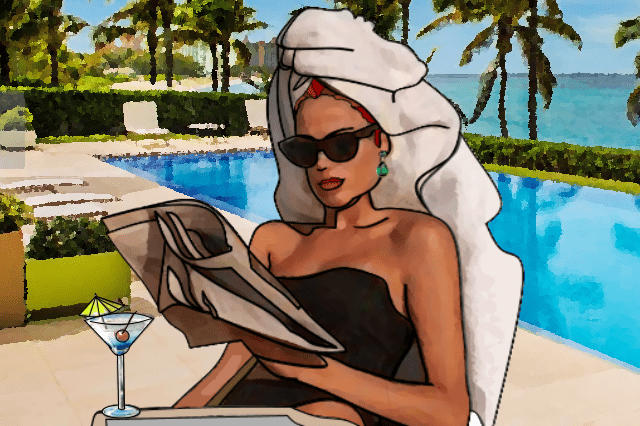 A global green push -- what could go wrong?

Paradise at last! I couldn’t take one more day in St John’s Wood as London goes into yet another lockdown and daddy grumbles about Boris. One day leading to another… and all of them leading nowhere.

But I am alive again in Lyford Cay, having arrived late last night—and mask free! I got up rather early today, put on lipstick and perfume, availed myself of a golf cart and got myself down to the club. I was so excited you’d have thought I was sneaking into Buckingham Palace. I wasn’t hungry in the least but wanted to feel part of a living breathing world. Surely my hosts here wouldn’t miss me — I’d  only just met them over Thanksgiving at Annabel’s anyway.

In minutes I was drawn into familiar noises… silverware, and ice being poured from a pitcher… oh it was just like the movies! Or every single day prior to coronavirus. 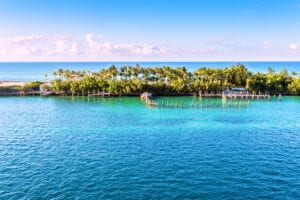 Now this is what I call green.

Lyford (the former Cay) was hopping! And nearly everyone dressed in white which could only mean they have an all-white rule for tennis or croquet or maybe everything. The substantially older women—the ones who delineated between jewellery and breakfast jewellery, were none of them in white, so it must indeed be a sporting requirement.

I looked around the room like a tourist might do. I felt as though I were looking through a window only because I hadn’t seen humans with coiffed hair or gold sandals or anything even remotely resembling civilisation for so long. I signalled the waiter for more tea, more berries, a paper if possible? Just more of everything because I wanted to bask in the glow of what was officially called… breakfast.

There were no papers but the waiter provided me with a card that allowed me to read several publications on my phone. “Even better!” I squealed. Lyford was green! Peering over my phone so that I could secretly scan the room, I settled on a conversation of a group of businessmen across th way…”the Great Reset”. Whatever could that be?

I googled on my phone to very little success… just links to a conference in Davos with futuristic looking businessmen talking intently. Was it staged? They were yellowish and pocket-sized. I googled and found it’s meant to be a global green push—post Covid. Things really were looking up. But I was very confused about seeing Prince Charles and Yo-Yo Ma in the promo and I was a little iffy on “a brighter, better and more sustainable future" from the ashes of Covid-19.

I texted daddy to ask him about the great reset and he texted back: “A lie.”

Really? A lie? I texted back, “What about financing sustainable recovery?

As I made my way to the pool  I got another text from him: “And don’t bother your nice hosts about this unless you are prepared to return via commercial flight. Mummy and I miss you. Take pictures.”

What I know is there is no stopping him when he’s in one of these moods. I know deep down inside he is committed to our planet but no one is willing to do the heavy lifting. I got out my laptop and decided I’d write about this very important opportunity. This may be the biggest pro environmental initiative of my lifetime.

After sketching out my outline, I took a short swim and returned to my notes. Somehow my arguments weren’t so clear. I called father for help. “Hi, so…  I’m a bit wobbly on why the presentation features people like Meghan Markle instead of…”

“Please just go with me for a minute… the great reset will ensure that every recovery stimulus from now on must include green conditions. To my mind this can’t be bad.”

“But specifically what?” He asked. Green stimulus money… to be spent on what? Tearing down infrastructure and rebuilding it to be more carbon neutral? Poof- our house in an adobe."

“But what about, you know, infrastructure… and trains?”

“You mean a tax! You want to tax everyone to build a train, even if everyone doesn’t ride on this train because it is better for the planet, yes?”

“Tesla sells carbon points, to other polluters, and makes a profit from it, so what have you achieved? It’s a shell game, darling. Listen, you know I’m all for environmentally ethical rules but that is not the role of business, the singular motivation of business is to make a profit, and profits make for better economies, better economies are better caretakers of the land-without exception.”

“And their promise of one hundred new carbon-neutral cities?” I continued.

“Find me the carbon-neutral city that you both want to live in and which respects the environment.” 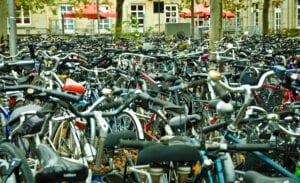 The carbon-neutral city of the future!

He had me there. And I imagined my life with no luxury, no air travel, no country house, and sharing of all IP. This wasn’t going to work. I’m not giving up on the planet but I’m not giving up thousands of years of progress to these people whose main accomplishment, as far as I can tell… is to hold forums. Something to ponder tomorrow after my morning swim.

One comment on “Diary of an Acclimatised Beauty: Resetting”