Diary of an Acclimatised Beauty: Pitching 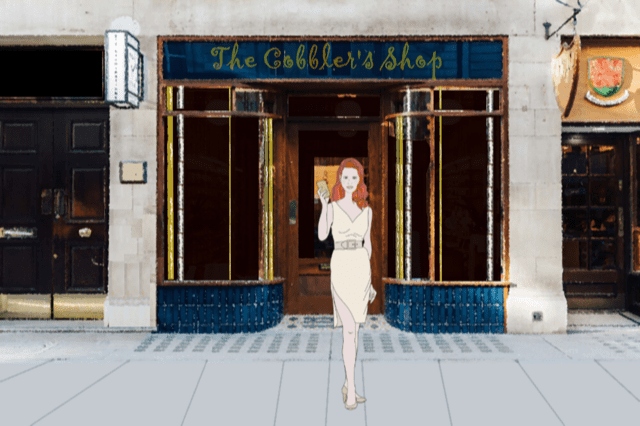 Every so often, I’ve been popping round to the shoe repair to pick up things I dropped off pre-Covid, but every time it’s the same story: shop closed, no explanation. I’ve knocked, I’ve slipped notes under the door, and I’ve even pressed my face against the glass to look for any signs of movement (or my shoes for that matter)—but nothing.

Then today, at long last… a change. The shop is closed up,  lock stock and two empty barrels—just a phone wire coming out of the wall and some scraps on the floor. So long to my strappy summer sandals and the green crocodile loafers I expected to take me well into my thirties. It’s also sayonara to all the shoes daddy dropped off for Judith. She won't be happy and I’m going to have to hear about all of her vintage Raynes and Ferragamos that would have “always fit since she never gains weight” and how she isn’t “hard” on her shoes as apparently I am. Yes, just another way I’ll never live up to mummy’s ideal but now she can eat all the pork pies she wishes because those shoes are never coming back.

If I return empty handed-they are bound to ask, so as a decoy I’ll ring up Gail’s Bakery for cakes and seeded crackers and perhaps no one will notice. I know they are only shoes but Judith will be insufferable. Better break it to her after a cocktail. Or after I’ve gone back to California.

As soon as I returned to the house in St John’s Wood, my phone rang so I just motioned to the bag, placed it in the kitchen, and headed up to my childhood room. I wasn’t sure I recognised the number but it got me out of danger and so I answered it. Turns out it was Francesca from Tatler. Eek! Perhaps I’d been a bit too liberal with the criticism in my own beauty blog but honestly… how many months are they going to keep running non-stories and recycled yarns under the excuse of Covid? Can they really not write from home? I’m managing with a staff of one. 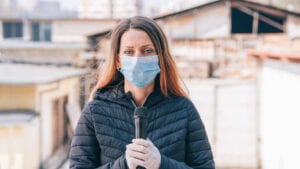 Managing with a staff of one.

Apparently she hadn’t read it because she was going on about how absolutely well they’ve been managing. I guess she thought no one noticed the combined two-month issue that was clearly just a way to avoid returning money to advertisers, or that the very next month every single piece had been what we now think of things they’d run 25 years ago. That’s a story?

Dumb question Jenny, it’s a whole monthly issue. The only other filler was shameless pandering to those who had written lifestyle books and whose agents were now only too happy to provide content—AND PICTURES! Hmm, I might have missed a play there but then I heard her say “story ideas” and I realised I hadn’t listened to a word she’d said.

Bloody hell! What did she want from me? Dressage? Covid's effect on the climate? That I could do but alas… what she wanted was an expat’s view when I interrupted --

“I’m not an expat—I travel! There’s a difference.”

“Yes of course but as you are living in California…” she droned on.

God she had some nerve! I am in London and have been in six places since February but sure… I’ll listen to what she has to say. Of course she wouldn’t dare call India an expat even though she’s living in the Bahamas where her children also live but then there really is no upside to labelling their in-house British darling an expat. And as I like India I kept quiet.

“It’s all advertising these days.”

OK, not exactly lovely but I got her to commit to three pieces and for that I was happy. And perhaps I could still find an environmental angle. 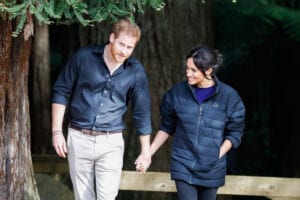 Managing with a staff of... oh, never mind.

The subject of my impression piece came easily: The Sussexes. And with them came the added bonus of being able to mention Meghan’s overwhelmingly hypocritical stance on environmental issues—all of which I’d been told to stay away from but one couldn’t ignore poll numbers, or the fact that just when the world was shutting down, they fled to California in a private jet.

It’s one thing to be photographed with the backdrop of Frogmore, or Balmoral, or even Buckingham Palace, which is the grandeur one both accepts and expects and which the British people must maintain.  But seeing an aerial view of their $15 million Mediterranean compound just looked a bit grabbing, and insensitive. And certainly left me cold.

“Please, I can’t take it anymore.” I shouted. “Cinderella’s step sisters are stuffing their pudgy feet into your shoes as we speak!”

“The shoes… your shoes… my shoes, ALL GONE! Another Covid tragedy—nothing I could do.”

Turns out all she was asking was if I wanted to join them for a curry later. Fat chance of that now. I said I’d have a look on eBay to see if our shoes had been listed. I knew it was a long shot but I’d once re-purchased a Lucky Brand Denim Jacket I'd left on an American Airlines plane in Miami. Yes some employee had stolen it and sold it back to me at half again the original price. The package was postmarked Dallas, Texas so clearly they had a whole scheme going.

Judith gave a blank stare and just then I knew Francesca was right: I’d become something else entirely. My seventeen-year-old self would have known nothing of such things. I wanted to shout out hey it’s not my fault…that everyone—yes even a nice British girl reaches breaking point, but I stopped myself and said:

Which proved Francesca had clearly been wrong about my having gone completely American. Even if I’d managed to get three pieces out of her.

4 comments on “Diary of an Acclimatised Beauty: Pitching”