Diary of an Acclimatised Beauty: Partying 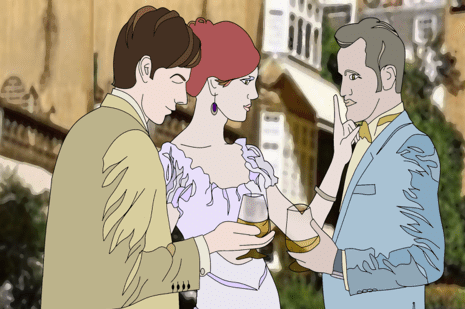 But I’d had a second glass of prosecco and was comfortably relaxed.

I’m back at my childhood home in St John’s Wood but have been checking the Covid map of the states—although mostly out of habit these days. I’ve finally concluded that with less than one-half of 1% dead, I’m just torturing myself. I had called my housekeeper in Los Angeles on more than one occasion, just to ask her to pop round and check on things but still no reply. Her mobile always seems to work when she’s running late or needs to cancel but not so when I want to reach her.

I was starting to get a bit down when Judith suggested I have some friends round for a small (under six) garden party. Under six guests of course, because the world has gone mental and we are led to believe that six is a party… and seven equals death. In some small way I thought she (mummy) might just be wanting to gloat about how much better the garden looks without the compost that got us into so much trouble. Or rather the compost I insisted upon that got them into a literal heap of trouble, but I’d like to think that nasty bit of business is well and truly behind us.

For added measure father planted a rather established Japanese maple in its stead and assured me that in time, it would all be forgotten, like a bad dream…an expensive bad dream he reminded me, but forgotten nonetheless. 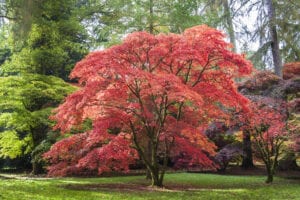 I rang up nearly everyone I could think to invite and ended up with a whopping two. Both friends from Cheltenham, both somehow not married, or working. Food would have to be managed by delivery as there was no one to do the cooking and washing up. Sadly I was just going to have to let go of the massive amount of plastic containers this will require. And perhaps too, I can find a post-consumer plastics stock in which to invest.

A minute after speaking to her, Jane rang back asking if she could bring a friend round to meet me. “WHO? I asked. “Who are you bringing round? Do you mean a boy??”

Well she did mean a boy, someone named Christopher, which didn’t narrow it down but she promised me he was not only keen on all things green… he was committed to capping the earth’s temperature at not greater than a 3-degree rise. Points for specificity! This did make it awkward though, three girls and a boy… so I’d have to ask my parents to join us. Alas.

And no sooner did they say yes than I was told Patrick (my ex and father’s colleague) was needing to “rest” here as he didn’t feel well enough to take his flight or to make his way back to Wiltshire.

“No of course not.” Father insisted, “he just mentioned…and I offered.”

“You said, by all means, do come rest with us?”

“No, I said we… and I did mean WE wouldn’t hear of anything else.”

“Well yes, of course…we wouldn’t but it just seems so Jane Bennett-esque—getting sick and having to recover at Netherfield Hall.”
“Netherfield Hall—yes well. Some riveting Jane Austen reference I assume, but let’s just keep that to ourselves, shall we?” 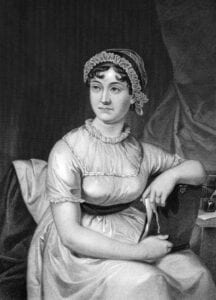 Ugh. Of course, yes. Note to self: despite not being an annoying Jane Austen fan, one reference and you sound like one.

I must have been in the shower when Patrick arrived because sitting on my bed in my towel I heard the zip, zip, zip of his carry-on from the next room. And it didn’t sound like the zips of a very sick person either. Then Judith popped in to alert me that Patrick was here, because apparently I needed to be told twice. Three if one counts the zipping.

“Yes, thank you. Poor lamb…” was all I could get out. After all the whole luncheon party was her idea. And I was now its hostess. I so wanted to wear a crisp navy dress I’d just purchased but it was the last bit of summer and I really needed to wear something summer-y. So it was me, Jane, Emma, Jane’s mystery introduction—Christopher -- Daddy, and Judith. Three girls one boy and my parents as chaperones. Riveting. On the bright side daddy would serve as bartender.

Christopher, as it turns out, is third generation green! And was part of the environmentalist club dating back to high school. I was ready to gush that we had so much in common when Patrick appeared, looking fit as a fiddle.

“Sixty-minute bug must’ve been,” was all he had to say for himself as he beamed to show his wellness. “I didn’t mean to interrupt…Karl, is it?”

“No, it’s Christopher, he replied.

“I thought I recognised something," said Patrick. "He spoke to my graduating class at Duke, on the heels of having given a small fortune to Climate Works. But you were talking about your high school club when I so rudely interrupted.… I'm Patrick by the way, I work with Mr. Kennedy.”

“Jenny’s father, James Kennedy. The gentleman to your right.”

“Yes, of course, lovely to meet you, Patrick.”

Father got up to get Patrick a drink and smartly Judith suggested we eat. I for one was famished but Patrick was just getting started. I thought about digging my heel into his foot under the table but for a boy who had just been sick, he now looked like a million bucks, and began again. “So after high school…? he asked.

“I did an internship with the Swiss Embassy in Nairobi.”

“So as to immerse yourself in a corrupt mining economy?” 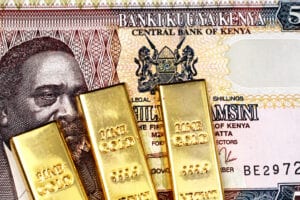 Not an ounce of corruption.

“Actually, all matters concerning diplomatic relations between Switzerland and Kenya.”

“Which didn’t include mining?”

“Well, actually the most corruption is surrounding the gold.”

“ONLY the gold—which Switzerland has no need of. I see.”

“…Formerly known as columbium. Still, an odd place to find an environmentalist."

I flashed father a look who I must say deserved an Oscar for not smiling but my look said DO SOMETHING. Which he did—in the form of a toast to mummy, and then to me, and to great friends, and then he told every single detail of my having once secured interest-free loans for women in India, who over the course of their lifetimes, would otherwise have spent the equivalent of $12,000 paying down the interest on a $300 sewing machine. Subject changed—crisis averted!

But I’d had a second glass of prosecco and was comfortably relaxed, not terribly stimulating, and certainly not alert enough to steer the conversation to what few social or artistic events were happening in the world. Patrick however, was in fighting form.

“So yes, Bravo to our lovely Jenny,” Patrick began, “because truly one hundred percent of those loans helped women support themselves and their families for generations to come. She is lucky in that. Whereas I was reading that, with climate philanthropy, only 2 percent of donations go to fighting climate change head-on. So cheers to you mate, for sticking to it.”

“And what is your line of work?” Christopher asked.

“Oh sorry mate, thought I’d mentioned I work with Jenny’s father. I’m an engineer and in a sense, we too operate from a deep and abiding respect for the planet. Our very existence depends on it. That is to say from a business standpoint, we cannot exist if we do not continually find and prove we have found better ways of supporting human life, and we are self-sufficient; meaning lacking the generous funding of our detractors, we have to run a ship so tight that it actually supports itself. Although you might call that profit, the economic scientists would call it sustainability.”

It was clear that if I didn’t spirit Christopher away and fast—the prospect of our green union was doomed. Alas, I doubted even without Patrick’s arrival I’d have found him the least bit attractive. Just now he was babbling on about his family having cleverly used a pseudonym -- the name of a tree -- for their philanthropic foundation so as to take the focus off the family and make it all about the work. Yes, how utterly clever. All I could think of was how similarly clever Nicholas Coppola was to have changed his name to Nicholas Cage thus proving nepotism had no hand in his success despite appearing in his uncle’s films.

I gave Jane the look that asked…What about you two? She returned the answer—Just no. I mouthed to my father “help,” which Judith caught and promptly announced she’d make coffee. It’s what she does when it’s time for people to go. Hearing Ray Charles’ Till There Was You, playing, Patrick asked me to dance.

And while I knew it might be a mistake I just closed my eyes and placed my head on his shoulder, hearing the faint tinkling of coffee cups… and soon enough they were gone. Try as they might, neither this pandemic nor the Christophers of the world could keep us down forever.

One comment on “Diary of an Acclimatised Beauty: Partying”