Diary of an Acclimatised Beauty: Panelling 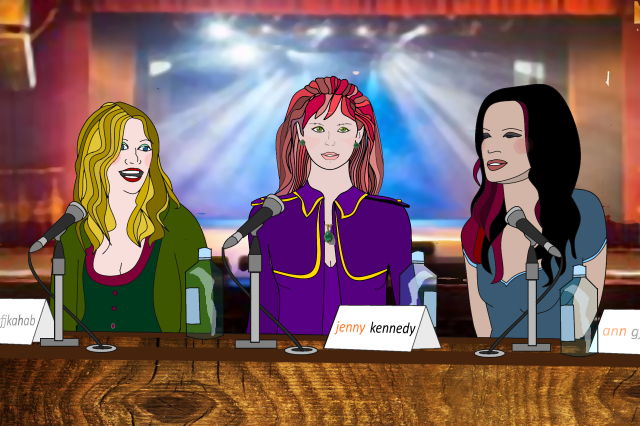 I read the article on dyslexia and climate change. It was insanity.

Without much research I agreed to participate in a women’s environmental conference earlier this week.  I made only two conditions…I would not talk about my clients, nor would I sit in front of an image of the product 'Fit Pit Love'. Turns out one of the conference sponsors is a company called The Green Woman (not sure what they were thinking), and they actually have a product called ‘Fit Pit Love’.  It’s exactly what you would think it would be—a deodorant—except it’s made out of coconut oil, and beyond that I don’t want to know.

Separately, it was an impressive panel that included female mayors from many cities, including the Mayor of Rome whom I’d met once before and would enjoy connecting with again.  Going over the articles on the other participants, I quickly became confused as to why when women join together to save the planet, it becomes feminism-green. I mean—why feminism at all? And why do we have to be so angry? We can’t very well save the planet if we all get cancer.

Along with the pile of articles, they sent over a lot of swag—lots of low-tech balms and natural products in recycled gift wrap. I was about to throw the lot of it in the bin when I spied an Aspinal’s box. YAY! Scarf? French wallet? No. It was a Social Responsibility Diary and it was clear to me it had replaced the much-coveted Aspinal Social Diary that they stopped making a few years back.  Mummy had called several times, hoping to persuade them to publish it again but eventually she gave up.  This wasn’t going to make her happy either. It had no social events whatsoever, only pseudo holidays like Whale Shark Day and Vulture Awareness Day. Really Aspinal? This is your customer base? Women sporting crocodile bags with a concern for vultures? 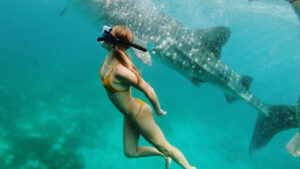 Have you kissed a whale shark today?

I rang downstairs for some lunch and decided to watch an episode of Ab Fab to get my mind off of this. If anything, I hoped to bring a breath of fresh air to the conference, some sun to go with their moon, and some balanced discourse to their rants. I’m always going to work tirelessly to save our beloved planet but we can’t be seen as harridans if we expect anyone to listen to us. Otherwise we looked like the grown-up versions of what Daddy calls ‘that Swedish troll’. I decided too, I should give him a ring, just to see if I might be missing anything and luckily he picked up.

‘It’s great, just having lunch, but I might be leaving soon to be on a panel.’ I said.

‘No Daddy! An actual panel!’

‘So not the ones you have deteriorating on your house in California.’

I decided to let that comment go and began again. ‘So it’s an all-woman panel, and I’ll just be talking about what I love—the planet.’

‘Do you think that's a good idea just now? Women talking about their fantasy version of the world when there’s a war on?’

UGH! I hadn’t thought about that. ‘Do you think I need to cancel? I asked.

‘Goodness no.  There’s not a chance you could offend anyone watching. That’s what you green-niks do isn’t it? Just go around expecting everyone to see things as you do?’

‘Not exactly, Daddy.  You know I’m trying to be the voice of reason while saving the planet.’

‘Do I? Last I heard you were grousing about Davos being cancelled… you know… the event where everyone flies in on a private plane to discuss climate change?’

‘Yes, I’m very clear you’re not a fan, but please try to think about all the good they do.’

‘Yes, well… that should keep me busy well into my old age.’ He laughed and rang off. 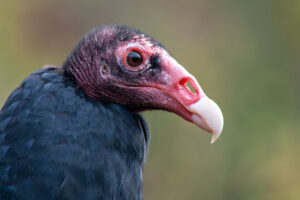 I arrived at the conference and the scene was pretty tense. It was as if we were needing to decide the sentence of a very guilty man. Maybe I was too relaxed, having spent the last week at the Marbella Club, so I said my hellos and took my seat on the dais.

The first question was directed at me: ‘Given your recent setback at Swanscombe are you happy that in the end the peninsula is going back to nature?”

‘Hello and thank you for that question' I replied. 'No I am not in the least happy with the setback, I signed on to see that the project was managed in the most responsible manner possible, but to your point, the peninsula is not “going back to nature”. Clean-up is needed. Responsible clean-up. And abandoned mills don’t just become wetlands if left alone.’

She interrupted, ‘But surely that doesn’t necessitate building an amusement park on the preserve.’

‘OK, as a point of reference it is not a “preserve", it is a toxic dump, and the beauty of the project is that what is currently harming the ecosphere will now be funded by the developer, and repurposed for many to enjoy. Thank you for your question.’

My phone buzzed. It was a thumbs up from my father.  Oh boy. If he was happy, I wasn’t doing well with this crowd. The next question was also directed at me: ‘How will you be utilising the research and analysis that shows dyslexia could help humans adapt to climate change?’

What?? My phone buzzed again, it was my father again. “WEF asserts Dyslexia fights climate change’. Before I could respond she fired again: ‘As a supporter of the World Economic Forum do you deny that people with dyslexia could use their higher-level strengths to tackle climate change?’

How could I deny it? I didn’t even know what the hell she was talking about.  No text from my father either. Ugh. Then— a single text from Daddy: ‘Klaus does!’ 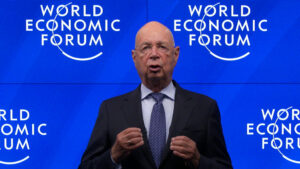 It's all about "complementary cognition," you see.

WUT? UGH. I took a deep breath and began again. ‘Thank you for your question, but if I may, and before we delve too deeply into research trends, I just want to say I would like to ask all of you, to dedicate a moment of complete silence, to pray, or to meditate for peace, and for the souls of those who have already been killed, and for those who may be killed in the Ukraine'.

I was wracked with guilt. Not because I didn’t care about the Ukraine, I did. A great deal. But I felt bad that I’d used it at a time when I was also in a pickle. We took a break and I read the article on dyslexia and climate change. It was insanity—worse than insanity. I asked for my coat and texted my driver. They were going to think I was too upset over the war but I couldn’t help that. Anyway the whole venue stank of coconut and hemp and it was making me sick. The planet was going to have to wait for another day.  And Klaus was going to get a phone call in the morning.

2 comments on “Diary of an Acclimatised Beauty: Panelling”