Diary of an Acclimatised Beauty: Masking 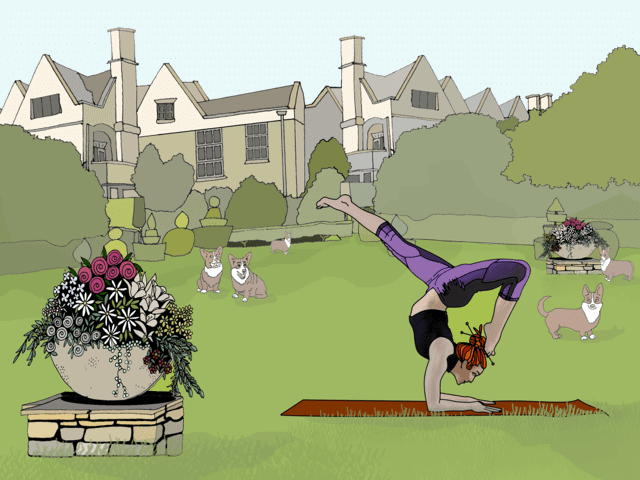 Since when do we look to the medical profession for fashion inspiration?

At long last, one appreciable benefit of the much-hyped coronavirus! After Annabel and I each tested positive, every last one of her house guests were sent packing. Peace and quiet rule the day. Her husband also slipped away (just in case) and the usual August attrition (housekeeping staff that might otherwise take a long holiday) simply did not happen. With resorts closed and half the world out of work, they were all too happy to stay on.

I do like her husband, but Annabel’s never quite the same around him despite this being her family’s estate. And really how much can one listen to him bang on about their ownership/non-ownership of the non-tidal river that he insists was once a tidal river? Where one really has to excuse oneself is when he goes on about a marked wall. If only said wall had not come down eons before any of us were born. Basically, I have the run of the place as Annabel is still keeping to her bed despite showing no ongoing symptoms.

With all this alone-time I’ve come to the conclusion that I’m not meant for yoga. Firstly it’s the clothes—something one would have worn in the 1980’s except now with a myriad of extra seams, and in muted unflattering colours. And also… just why? Second, who wants to admit to doing yoga? If asked how did you spend your day—who is responding with “bound ankle pose”? Even the dogs were laughing at me. But worse yet is the barmy dialogue that runs through my head… including the Greggs Vegan Sausage Roll advert  Not exactly zen. I have better powers of concentration in church even when I can’t understand what’s being said.

I need something now to calm me from yoga stresses and work might be just the ticket. So allow me beauty readers, to say you’ve given no thought whatsoever to the wearing of masks—I need a filter for my Instagram account! I thought I’d done my part in helping all of you create a skin-clearing tonic from ordinary household products for the mask-acne that was cropping up, but now that you’re braving the outside world—do stop in front of a mirror. Please! 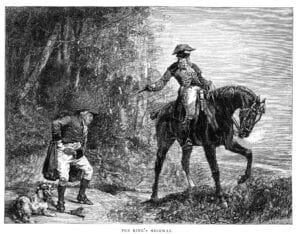 Does this mask make me look fat?

Unless it’s absolutely necessary the disposable surgical masks look worse than those the health minister suggested we craft from leftover t-shirts. Think about it—since when do we look to the medical profession for fashion inspiration? Second, do not look to bank robbers either. Plain black masks are scary no matter the task, and even Cary Grant didn’t sport one in To Catch a Thief so neither should you. Even from a distance, these are off-putting. Understandably, I can’t forever raid my mother’s closet for couture, nor do I suspect can most, but do consider a scarf in a pinch, especially if you will be meeting someone other than the delivery chap.

Printed faces masks almost always look sloppy—like repurposed children’s pyjamas—something else to be avoided. Photos and printed slogans are also a no-no. If you wouldn’t like to be photographed in a t-shirt with a slogan why would you now slap it on your face? And that goes double for campy cartoons. When is the last time you sported a Mickey Mouse Band-Aid and received a meaningful compliment? More likely you apologised for wearing it and blamed a friend for having nothing but kiddie plasters in the cabinet. 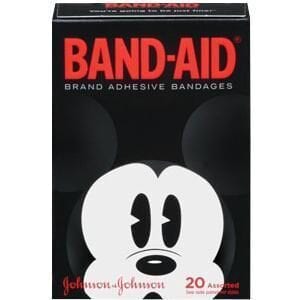 And please, dear readers, what is up with the bling masks? If adding a sparkle headband or sequin belt to your outfit doesn’t work, neither does the mask. Do consider it is now the first thing anyone sees when looking at you -- your eyes take a distant second. If you still think I’m being too harsh consider how much time you invested in choosing the right shade of lipstick and multiply that by the surface area of an already ugly accessory. Simple is best, light colours are best and a good quality fabric and stitching can only improve upon what is already an unpleasant undertaking.

Some of you have written to me about lipstick, hence your preference for the black bank-robber masks. Are you really choosing a dark-coloured mask so you can accommodate having lipstick smeared around the inside?

Our mothers managed well enough—it’s called popping into the loo for a touch-up when you arrive. Or carry a small mirror and a truly luxurious colour—trust me you’ll feel just like Liz Taylor. Your other option is a trip to the pharmacy for one of their indelible lip glosses. The colours may disappoint but nothing at the department store can come close to the lasting power of these discount shades—clearly Maybelline saw this coming.

I checked in on Annabel who seems to be doing just fine, sipping on a raspberry martini and eating puffed water lily seeds. In case you are wondering… they taste like every other gluten-free snack -- salted puffed cardboard. She had a lilt in her voice and I heard the name Paulo, so I’m just going to assume this is her masseuse and head upstairs to my rooms.

Just then Judith called. She has an annoyingly uncanny way of knowing exactly what I’m doing even when we are divided by oceans or miles. Must be a mother thing. She just happened to mention that she’d read hot yoga was dangerous. Of course I knew this already, hence it having been banned in some countries, but I wouldn’t pursue it due to its impact on the environment anyway. That said, I’m not sure how she imagined I was practising hot yoga on Annabel’s croquet lawn. And then she said that many religions take a dim view of yoga owing to its pagan origins and faint resemblance to idol worship.

Well, that settles it for me then. Goodbye forever yoga. You understand… it’s for God and country.

One comment on “Diary of an Acclimatised Beauty: Masking”