Diary of an Acclimatised Beauty: Dressing 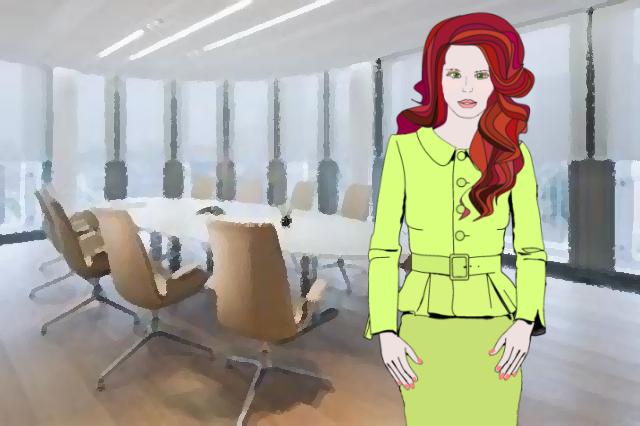 Not too cool for rules.

Casual Friday has killed the world. That’s my story and I’m not backing down. And as khakis turned to jeans, and jeans turned to ripped jeans, the world began chanting ‘but you gotta to be comfortable’. Well, why? Why do you gotta be comfortable? And today it all came to a head as my biggest client found himself yelling like a madman. Why? Casual Friday. I’ll explain.

Somewhere, someone decided, let’s have casual Friday, woo-hoo. Which then became lazy Friday-because hey it’s already the weekend. And pretty soon entire offices forgot what they were meant to be doing—WORK! Then Monday (always a tough transition day) became why do I have to dress on Monday? Also a logical question. Because If one can have no regard for the client on Friday, why should Monday be any different? 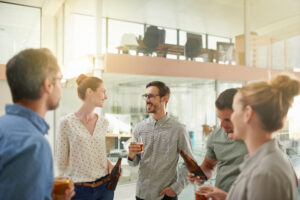 Enter me: I flew (commercial) to meet my client to work on our commitment of carbon neutrality (a promise I’m not sure he should have made), but I arrived at the airport to see the usual: slovenly software salesmen (I guess the product sells itself), adults in flip flops (something I still don’t get), kids boarding planes in pyjamas, and their mothers with lycra stretched across their bums. And yet we grow irritated when these same kids throw tantrum after tantrum. I mean, why wouldn’t they? It’s bedtime, right? And I can’t tell you how many times I am offered an airport employee discount because-even in jeans and strappy gold sandals—I look more like the original ideal of a flight attendant than the entire crew in their mismatched separates.

But today I’m traveling for work so I’m dressed…for work. Shocking I know, but this gets us to my client whose entire empire is inefficiency, under the aegis of cool. You see, here we are all too cool to be strict, too cool to demand conformity. And I wouldn’t care except it’s messing up my ability to do my job and save the planet. But alas… we are in service of comfort. Or so we think. Actually we are in service of ego: my client’s ego, and that of his employees. Because you can’t tell me he thought if I make work less like work, and more like… not work, productivity will soar.

But like any benevolent king who came before him, he wanted to be liked, to be seen as the non-tyrannical boss, to be loved and adored cause isn’t he so cool? Isn’t my company just so cool? Look—we can wear jeans! Well he is cool, until he explodes like Col. Jessup in A Few Good Men. And honestly I don’t blame him because no one is doing their jobs, and our planet just keeps getting hotter. And in an effort to be chill… he’s undercutting productivity and responsibility, and then Cool Hand Luke becomes Mr Hothead.

The other thing I noticed was, ‘Hey, Jen.’ as an acceptable greeting. In the first place, even my parents call me ‘Jennifer’, and never did I say just call me Jen, or Jenny or even Jennifer. It’s Madam, or Miss Kennedy if we are still trying to maintain a professional environment. But everyone here is hey, or hi, or dude. And he wonders why we are not on course for delivering carbon neutrality by 2040. 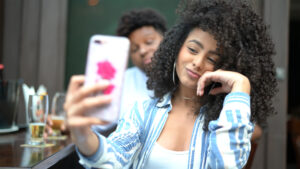 ‘Breakfast for one thing’ she said. ‘By providing meals and snacks for our employees, they are less likely to go out of their way to grab breakfast or lunch AND more likely to carpool to work.’ This she said with a straight face. What I knew was given they now didn’t have to dress for work or make a meal, they were likely just rolling out of bed with enough time to throw something on and fully wake up at the office with a latte and a whole wheat croissant.

She continued, ‘Four work-from-anywhere weeks per year, and two work-from-home days each week.’ Combined with all the other times off… I estimated 90 in-office days in a calendar year. Time off to volunteer, internal culture clubs, caregiver leave, access to mental health apps (on company time), and onsite wellness centres. All of which she assured me, kept their carbon footprint down.

I didn’t have it in me to ask what ‘global reset/wellness days’ were. I was just glad my client had asked me only to consult on this aspect of the business because a path to success I could not see. In fact I thought it was structured to fail. Surely I was wrong but if he’d asked me ‘net-net’ as he calls it, that would be my honest answer. Alas. I didn’t know if I should grab a bowl of in-house pho or look for the nearest zen room.

Tucking into a large Caesar with grilled salmon I decided to call my father. I wasn’t in trouble I just wasn’t used to being the librarian in the room. ‘Hey, Daddy.’ 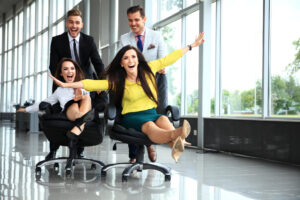 American business is just the best!

‘Does he have a helipad?’

‘I thought you were saving the planet.’

‘Yes, of course that, it’s just he asked me to consult on their carbon-neutral deadline.’

‘Ah well, just tell him it’s impossible. I think that’s what’s got you nervous. You were never good at lying.’

‘DADDY! Not helping! And I’m not sure we can’t do it… I need to say something.’

‘Actually you don’t… you’re a consultant. They don’t expect results. It’s not like you’re looking for oil. Success there boils down to… sharing.’

‘OK maybe, but when they know I’m here for the neutrality goal, they get sort of double lazy.’

‘Ah. That’s because— and don’t take offence to this, but green pursuits lend themselves to a hippie mentality, it’s a plain fact. The two are intrinsically linked.’

UGH. Daddy was probably right. And even if he wasn’t right, it made sense he should be. And I definitely couldn’t change that. But there was no denying casual dress led to casual everything. And that my client couldn’t argue. Especially since he’d hired ME out of all the other possibilities, and I’d delivered. And hey, I don’t get the airport discount for nothing.

6 comments on “Diary of an Acclimatised Beauty: Dressing”