Diary of an Acclimatised Beauty: Choppering 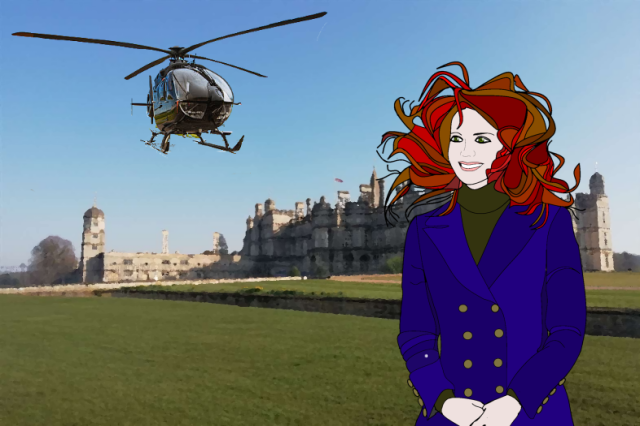 No sooner had I sold the idea to buy an airport, build a hub, and provide a huge cash infusion to a beloved estate, than my client decided he needed to come in and see what his money had bought. I tried explaining that as yet, there was nothing to actually SEE but he wouldn’t be put off, and informed me of his arrival. I also had no luck pointing out there was well… no helipad here and no one would welcome his simply dropping in. Or that the deal hinged on our promise to invest in, rather than detract from, the land. I said it all but I’m pretty sure he hung up before I got to any of it.

Not good. I texted that I would pull out every stop to try to get permission for him to land at the airport but he texted back simply ‘House.’ Surely he didn’t mean…oh Lord, he did mean. Extra not good.

I hadn’t seen anyone at Burghley House all day, but I didn’t think I could count on them just not turning up. I rang the estate agent to ask for a recommendation of an hotel in the event he planned to stay the night but in truth, I was just buying cover. I knew all the best hotel options, and the less desirable, and everything in between having come here for years with my parents for the annual horse trials. I thought having a reservation might go a long way toward explaining if anyone returned to find me with a group of strangers in a house that isn’t open to the public. My own invitation to stay had been an accommodation because I had been an Olympic equestrienne and had become somewhat known to them throughout the years. And thankfully I’d secured a whopping endowment so they really couldn’t kick. But it’s just not the position one wants to be in when claiming commitment to the land and preservationist pursuits. I wanted to call Daddy but he’d already said, give that Green Baron an inch and he’ll take a mile. 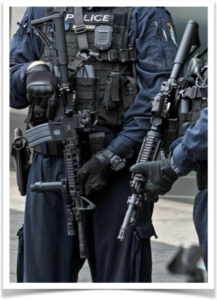 I had no idea how to calculate the Baron's flying time but I googled “distance as the crow flies” and it was a hit. Go figure. I ran about as fast as I could round the back to try to figure out where he could land and do the least damage. Logically the area that is used for parking during events would work but I had no way of knowing if his pilot had ever been here and the grass had entirely grown back during the last two years of Covid lockdowns so it wouldn’t be easy to spot.

This was hopeless. What was I? A flag boy? He wasn’t going to land where I chose any more than he was going to land at an airport. I turned in a circle as one does when one is lost and when I stopped I was surrounded by half a dozen Special Branch cars and more officers walking toward me carrying guns.

My phone rang and I gladly took it holding up the universal just a minute boys, sign. Turns out Prince Charles… as in H.R.H Prince Charles was coming as well. But of course he was. They knew each other from the World Economic Forum in Davos. Of all the nights for me to not be hosting a bug party. When the Special Branch Police handed my phone back to me, I texted Daddy saying, ‘Be available by text. IMPORTANT!!!’ and also sent him a surreptitious picture I’d snapped showing an officer from the waist down.

We were off to carbon-loaded start. My boss arriving by helicopter, H.R.H in his Aston Martin and more than a dozen police vehicles to ensure the Prince’s safety even though no one (including me) knew he was coming. He immediately started on about how his 51-year-old car ran on wine and cheese and I wondered if he thought me a fool. When I first embraced the care of our planet the promise I made myself was to be informed, not getting behind organisations like Greenpeace who take money from the worst offenders and then give them a free pass—or worse yet, a commendation. And of course my plan was not to be flying private to an event where I would then talk about saving the planet. 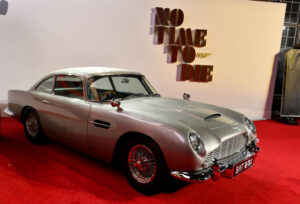 And it runs on wine and cheese!

What I knew about biofuels is they are only ever a very small percentage of corn, or in this case “wine and cheese”, and the best we could hope for is 15 percent biofuels to 85 percent petroleum. And even then, it was a substantial blow to efficiency so it was really not worth contributing to global hunger by making the poorest compete for expensive corn now sold for fuel. Clever angle though… instead of depriving the lowliest of their corn HRH Charles could claim to be depriving the elites of their excess wine and cheese.

I texted my father to see if there had been any update on the matter and his response was: ‘Think of the pigs, Jenny. Their food of choice is corn!’

‘Oh absolutely. The entire method is flawed. It assumes that carbon pollution from biofuels is eventually absorbed, but energy crops were responsible for additional plant growth that absorbed only 37 per cent of biofuel pollution, leaving most of it in the atmosphere, where it traps heat. So it's making the problem worse. That is your big concern isn’t it? A toasty planet?’

‘So it’s definitive?’ I asked.

‘No of course not. That study was done in the U.S. They will claim that conditions are altogether different in Europe, even though you all like to bang on about one ecosphere.’

‘Mummy would be so disappointed to hear our little girl is confronting the Prince about taking corn from the mouths of peasants… it’s just so bourgeois.’

‘Ugh daddy. NOT HELPING!’ I texted back.

‘Flatter the old chap, tell him Bravo! Burning up wine and cheese—way to really stick it to the French!’

I stopped texting and rang him. ‘Yes, Jennifer.’ He answered and I spoke: ‘Daddy!’ I said half-whispering. 'I’m certainly NOT going to confront him, I just don’t want to argue in favour of something if I’m wrong.’

‘Well there you have it,' he said. ‘Let your Green Baron say all the wrong things. Then you can fix it later and bill him in the process. It’s all very capitalistic in the end. You just take credit for securing the money for the land… that was all you and there’s no argument against it.’

So I was a capitalist now? I slumped against a wall not knowing what to ask next.

‘Darling, ring me back if you need but according to the news someone bloody fool's just landed a helicopter in Thorpe Wood Nature Preserve.’

One comment on “Diary of an Acclimatised Beauty: Choppering”