Diary of an Acclimatised Beauty: Caring 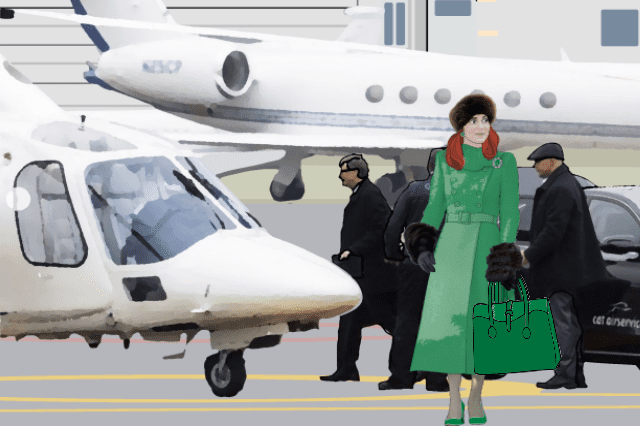 With all the excitement of coming to Davos for the World Economic Forum, I completely forgot I can ski here!  Skiing was obviously the last thing on my mind when a new friend from Lyford Cay mentioned they’d be able to smuggle me in among the climate gurus and environmental titans but here I am.

Landing was a bit of crush and I could see why some opt to take the train from Zurich-it’s not only because the trip is so majestic and reminds us of what we are fighting for… but Davos can’t possibly accommodate that many jumbo jets all arriving within hours of one another.  Rows and rows from heads of state made it look like the U.N. roll call of jets. And that doesn’t count the larger number of climate-minded oligarchs who selflessly give of their time and money.

But as I came in from Copenhagen, (chartered but shared) I landed right in the heart of things.  I did wonder if they even have traffic controllers here, it felt like that six-way stop in Beverly Hills just below Sunset where one car goes and then another and miraculously no one collides. Add to that the people who took helicopters from wherever they landed their jets and you have a very crowded airfield!

It was on this airfield that I saw bellmen hauling skis and boots and I remembered it was originally a ski town.  Alas… I’ll have to rent. 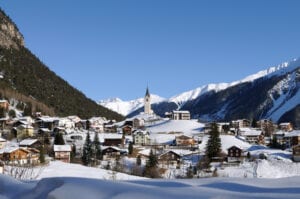 What better place for a Great Reset?

The conference is by invitation only (obvi!) but this year proved a bit tougher as the event has moved underground.  Daddy had been several years back (work stuff) and advised me to fill my dance card before I arrived, and boy he wasn’t kidding!

With the arrival of the dreaded Covid, the conference technically moved to next May in Singapore. So they just re-titled the January event as “The Davos Agenda” and made it fully virtual.  And who can blame them? If things go as we hope, The Great Reset is going to re-shape our entire world! And by extension my beloved planet.

I feel as though I had a bit of a jump on everyone… having gone to so many underground parties in London during lockdown.  Who knew that the iceberg homes would prove to be the police-proof solution to a party. As things got more sophisticated in the London parties, we were asked to submit to a ten-minute coronavirus test before being allowed entry and obviously had to pay in cash under threat of having to split any fines incurred should we get busted.

But there were no such tests here in Davos, owing—I assume—to the fact that the leaders of the free world and the gilt-edged would have managed to run by a vaccine.  And I can tell you my poor over-swabbed nostrils were grateful. We were however, sworn to no mobiles, no texting, tweeting, posting, or sharing under penalty of some mandate I couldn’t quite understand, but am sure was all for the betterment of our poor planet.

When I checked in they gave me a folder which I hoped would contain a schedule of everything but it only listed the conference schedule and a list of “starred must-watch sessions”, how to submit questions… blah, blah… whatever!  All virtual computer stuff. Luckily I had a host of WhatsApp invites with detailed instructions, and one even said to delete the invite itself.

I was looking a bit tired from travel, and the week with Daddy in Copenhagen,  so I slathered on a deep moisturising masque and opened my computer to watch the conference going on in some adjacent building.

The first video was “the welcome” and showed four masked, and distanced speakers… “live from the studio in Geneva”, which might have been true when they taped it but I’d just seen one of the very distinctive looking ladies stepping out of a helicopter. In the next screen was Klaus (Schwab) who was probably, admittedly, in Davos, and a stern un-masked woman who seemed to be sitting on a toadstool. Turns out I was wrong and she was not going to talk about mycology-it was just an unfortunate choice of chairs for a video conference.

Klaus began saying, “2021 will be a crucial…it will be a pivotal year for the future of humankind”.

Not really going out on a limb there but OK…I agree.

Then he went on to say, “It will be crucial because we have to continue to fight the virus—BUT we have to move out of the pandemic".

Which is it??? Stay and fight or move out?

Then he continued, "BUT…

“…above all we have to restore trust in our world… in order to overcome the Kaisers.”

WHAAT?  The Kaisers?  I needed a cup of tea. I rewound: "hin orduh zu overcome ze Kreisiz." The crisis! Dr. Strangelove has nothing on this guy.

A knock on the door signalled my tea had arrived and so I answered with my white masque on.  That’s the great thing about a place like this… they pretend not to notice.

I watched another few videos and they all had one thing in common. Super-fast talking and a limited lexicon. They all seemed to use the words “sustainable”,  “unprecedented”, “massive”, and “inclusive”— no matter what they were discussing. It was a good thing this wasn’t a drinking game!

And more absurd… “coronavirus” a word that infected every single sentence. It was the reason to be, the reason not to be, the reason to remember, to forget, to change, to remain…and yet they sat two feet apart, pulling off and donning masks like it was some musical chairs game at a children’s party.

I looked at my phone to decide whether I would go to the Urban Transformation or Energy Infrastructure receptions.  I decided on Energy because someone might know my father and I just couldn’t listen to how coronavirus affected the poor disproportionately. Everything affects the poor disproportionately but it was the response to coronavirus that was more likely to affect the poor than anything else.

Day Two and I am not drinking or eating anything. I had more champagne, wagyu beef, truffled lobster mac and cheese, and fatty tuna belly to get me to spring. I called Daddy to ask a few questions but he didn’t pick up. I opened up my computer to see what was on and if it should pre-empt a spa visit. Now playing was the session on how the forum is shaping media and entertainment. Well I can tell you… different actor, same script. Here’s what she said verbatim:

“Media was the first to go through massive digital disruption. Without a strong ecosystem you cannot sustain that kind of change.”

Yes, believe it or not, that is what she said. “Massive”, “ecosystem”, “sustain.” Same words, new topic, making zero sense. And who wants to ‘sustain media disruption’ ?  It’s what she actually said.  But if you just listen to the buzz words instead of what she actually says… it seems sympathetic. And important.

How I wish Daddy would pick up.  I’m so lost and I can’t believe the point of this was to confuse. If I did reach him he’d likely ask me what did I expect. And then he’d tell me to go skiing. I think I shall. It will be massive, but not unprecedented.

2 comments on “Diary of an Acclimatised Beauty: Caring”