Deus lo Vult -- but Whose God? 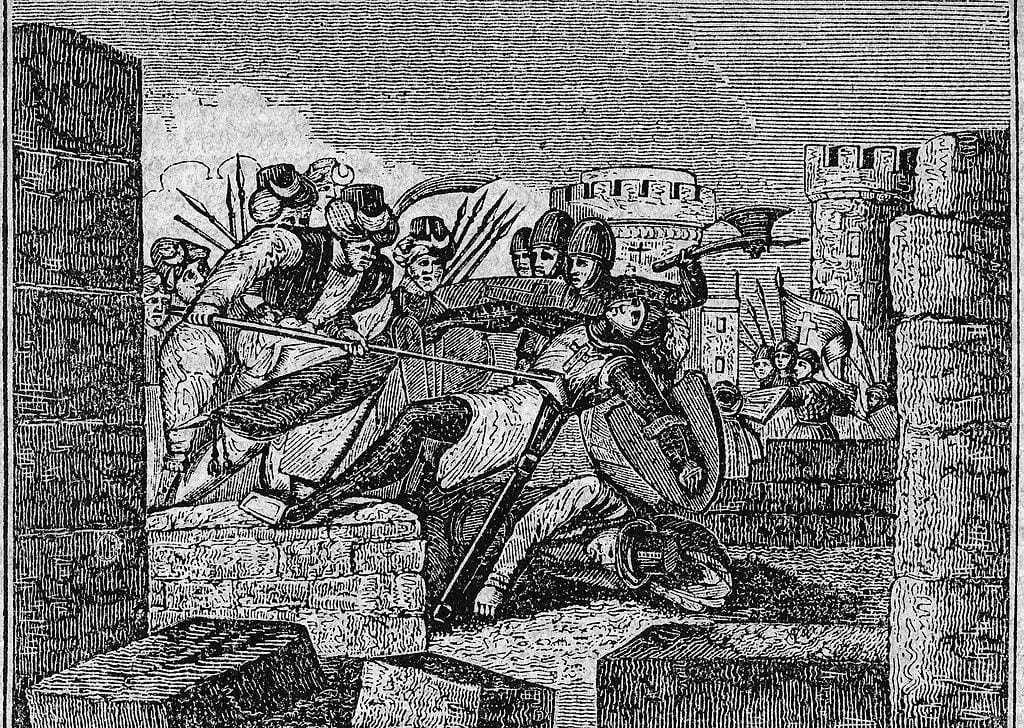 Fighting on multiple fronts often ends badly. Not always. Israel fought on three fronts in the Six-Day War and won but then there was no survivable fallback option. Maybe that was the pivotal factor. In any event, this isn’t about warfare in the usual sense. However, it is about survival. Survival of our way of life and the forces which threaten it.

There are many foundational features of our Western way of life. The centrality of the traditional family. National cohesiveness. Trust as a default. Free market forces. Numbers of individual freedoms. A lot to undo. Time and chance cometh even to Marxists and their ilk.

Take over schools and colleges and teach children that their sex is matter of choice; that family settings are equivalent however structured; that the contrary opinions of others are hateful; and, if white, that they suffer from racial animus consciously or not and, if of colour, that they’re victims. Promote equity, diversity and inclusion at the workplace. In other words, ennoble the old prejudice of valuing appearance over competence. And the job is half done. 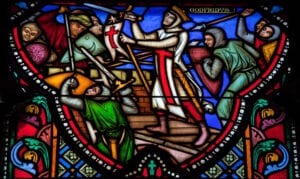 1099: where is Godfrey of Bouillon when we need him?

Enter climate change alarmism. Little in common you might think with wokeism. True at one level. At another, both strike at our way of life. Cheap, reliable and abundant energy is key to progress and prosperity. Costly, unreliable and intermittent energy will make us poorer. If only that were the end of it. Impoverishing changes can’t be foisted onto societies without accompanying coercion. Such is the scale of the changes envisaged that only overwhelming force will do it. We ain’t seen nothing yet.

The inroads of renewable energy and electric cars is miniscule as of now. But imagine: everyone is made to drive electric cars; to rid their homes of all heating besides electric; to insulate their homes; and, inevitably, to economise on, and regularly shut down, their power usage. Little or no meat, more nut burgers, complemented with insect pie, if you want to get really green (around the gills). Those in charge will need to devise ways of making people and businesses obey. Free market forces on both the supply and demand side will be so compromised as to be unrecognisable.

Then comes chance, delivering the coup de grâce. To wit, Covid-19 and, its disciple, Covid-fearmongering. It could not have been better timed if it had been planned. Klaus Schwab and his billionaire fellow travellers filled a straight flush. The Great Reset (unveiled in May 2020) was off and running. Australia, The Lucky Country, is a case study into a possible dismal, unlucky, future. 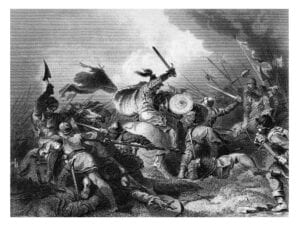 From Bastard to Conqueror in 1066: never underestimate the enemy.

As I write in early June, the entire Australian state of Victoria is in its fourth lockdown after just a handful of positive tests. People hundreds of miles from the scene have been ordered to stay close to their abodes and mask up. Yet only three people are in hospital; only nineteen in the whole of Australia. None in ICUs. No-one has died of the virus this year.

In Australia, eradication is the name of the game. What this means is that the virus, unlike any virus heretofore known to man, must behave. For, if it keeps misbehaving and escaping from one of those quarantine hotels, which leak like sieves, lockdowns will be never-ending. Remember, along with North Korea, Australia shares the distinction of preventing its citizens from leaving; lest they want to return.

Greg Sheridan is a sensible and sober foreign affairs journalist. Sadly, he is one of many who’ve been struck with Covid derangement syndrome. This is a taste of his writing; this time in the Australian newspaper on June 3: “But this cunning, adaptive and supremely successful virus is by no means beaten yet... And if we ever do get to that possibly mythical land beyond Covid…”

Putting Covid behind us, you see, is akin to reaching Camelot. Pause here. There is a threatening truth in that. A $200 million 500-bed quarantine centre is to be built close to a Melbourne airport. It’s Australia; it will take a longish time to build. Most everyone will have been vaccinated. Those flying in will most definitely have been vaccinated. Those in the know obviously know something that we don’t.

Having had more infections, most countries don’t suffer from delusions of eradication. Nevertheless, it would be extremely hopeful to expect a return to reason any time soon. I suspect that the world will be tangling gormlessly with Covid or son-of-Covid for some time to come. Vaccine-resistant strains will keep on popping up. Sheridan notes that of the people infected in Victoria several of them had been vaccinated. He says that the strain called Kappa is more probably more vaccine-resistant than Delta. Can anyone keep up with this increasing menu of virulent strains?

If it were only a morbidity with less outreach; like heart disease or malaria, as examples, which kill many more people. But alas, no, Covid is striking out at some of our foundational freedoms. Freedom of movement. Freedom of assembly. Freedom from enforced medical treatment. Freedom to worship. Freedom of speech – promote Ivermectin if you dare. Freedom from discrimination. 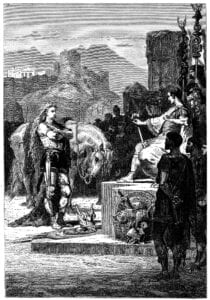 Alesia, 46 BC: are we Vercingetorix, or Caesar?

A fellow at my gym said to me, OK don’t have the jab but don’t take up a hospital bed if you get sick. This wouldn’t be said of someone with the flu or someone whose lifestyle contributes to their sickness or makes them prone to accidents. Here’s another Australian newspaper journalist, Peter van Onselen (June 5): “Most [getting seriously ill or dying] will be anti-vaxxers who arguably get what they deserve.”

Fascism creeps down from governments to apparatchiks to journalists to woke corporations to the police to scolds on the street. And once it takes hold, will it ever really go away? Might I  be more optimistic if I lived, say, in Florida or South Carolina? I’m not sure. Can any jurisdiction hold out indefinitely against vax passports? Their citizens won’t be able to travel and move freely. “Papers please” will likely become part of the new world-wide normal.

Add it together. What do you see? I see the Great Reset or one of its possible manifestations. Big government, loss of freedoms, loss of family values, loss of social cohesion, loss of trust. Bear in mind, this anti-Enlightenment prospective leaves out the cultural dislocation which is arising from mass controlled (and uncontrolled) immigration, particularly from the Islamic world. I didn’t want to get too depressive. It’s bleak.

But not time to give up. Backs against the wall nowhere to go. Truth on our side. An empire of lies on the other.