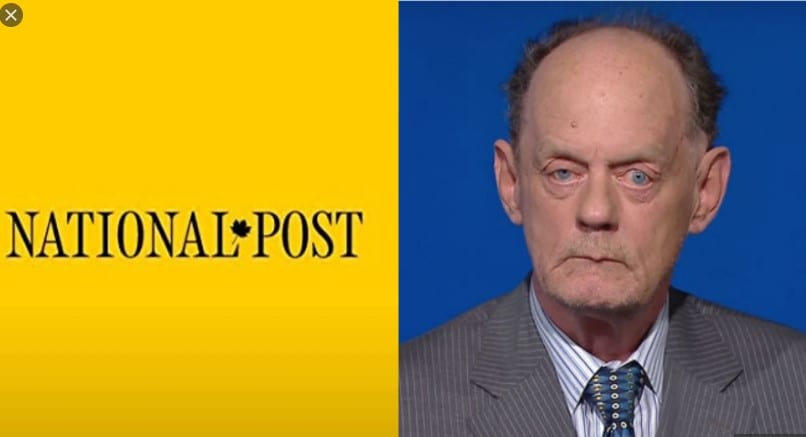 Time once more to hear the other side.

We are now living in the era of the great purge, otherwise known as “cancel culture,” in which anyone who offends the tender and inflammable sensitivities of the political left is dispatched to the “gulag” of public opprobrium. Reputations are smeared, jobs are lost, friends grow scarce and families break down. Public institutions and corporate employers backed by raging Twitter mobs may be counted on to do what they regard as the “right thing”—destroy the person who dares speak the truth. No one is immune. Not even a cultural icon is to be spared.

One recalls the sanctimonious tumult surrounding Canada’s legendary and flamboyant hockey guru Don Cherry. A longtime commentator for Hockey Night in Canada and co-host of a between-periods segment called Coach’s Corner, Cherry was fired in early November 2019 for insensitive remarks regarding immigrants whom he felt were not interested in honoring Canada’s war vets. Cherry was duly targeted by his timorous and politically correct employers at Sportsnet and the CBC for what has been called a “rant” supporting the tradition of wearing poppies on Remembrance Day, to memorialize the lives of those who died serving the nation.

Cherry was not apologetic. “I speak the truth and I walk the walk,” he said. “I have visited the bases of the troops, been to Afghanistan with our brave soldiers at Christmas, been to cemeteries of our fallen around the world and honoured our fallen troops on Coach’s Corner.” His bona fides and passionate love for his country were not enough to save him, but he did not back down. I can understand Cherry’s intemperate remarks. I recall attending a Remembrance Day ceremony in Ottawa, an event marred by a group of Muslims heckling the marchers and shouting anti-Canadian slogans. Such dishonorable episodes occurred in other cities as well. So Cherry may have had a point, if less than prudently expressed.

Now it is Rex Murphy’s turn to be raked over the coals. Like Cherry but far more articulate, Murphy is a revered national figure. He is a downhome Newfie boy, an arbiter of common sense who is arguably the best political columnist writing in this country. Honest to a fault, clear-minded, and devoted to old-school journalistic principles, he is a truth-teller par excellence. In today’s political and cultural climate, however, truth-telling is the kiss of death. If one does not adhere to the cultural shibboleths of the day, if one does not endorse the self-righteous lies and mantras that dominate the airwaves and the mainstream press, if one is not a purveyor of “fake news” and a partisan of “social justice” causes du jour, then one is a candidate for the Jacobin blade.

In a National Post article for June 1 of this year, Murphy took exception to the “official” narrative that Canada is tarnished by a history of racism, a legacy that continues to linger. He objected to Infrastructure Minister Catherine McKenna’s “Twitter bulletins” to the effect that “We need to acknowledge that racism and discrimination are part of our reality here in Canada…We have to do better.”

Murphy acknowledges an obvious fact: “No country is without bigotry—none. But how big a problem is it here in Canada?” The racism meme has certainly been inflated by the media and the digital platforms, and is “yet another example of a Liberal leveraging of a situation happening somewhere else to create an opportunity to lecture Canadians.” But the truth is that “we are not a racist country, though to say so may shock some.” Indeed. “In fact,” he continues, “to give Canada credit, it has for decades now worked in every venue…to eliminate pernicious bigotries.” Canada may not be perfect, but, he concludes, “To any fair mind, Canada is a mature, welcoming, open-minded and generous country.”

For this defense of his country, Murphy has had to endure the wrath of multitudes. The Twitter volcano erupted and the Post’s “conversation” section was closed following more than 1000 comments, most predictably vulgar and denunciatory. The editors felt obliged to append a disclaimer:

This column by Rex Murphy provoked a strong reaction from readers. Upon review, it was determined that there was a failure in the normal editing oversight that columns should be subjected to. This issue has been identified and policies changed to prevent a repeat. We apologize for the failure. Please see these articles that offered a different perspective.

Of course, there was no “failure of the normal editing oversight.” Murphy wrote a well-reasoned column putting forward a legitimate and utterly sensible point of view, which the editors must have initially considered unexceptionable. But there was a subsequent failure of moral principle and editorial fortitude which is really inexcusable, a lack of manhood and conviction. The National Post was at one time Canada’s only conservative newspaper, priding itself on responsible journalism; it has become just another politically correct rag.

Personally, I agree with Rex. Canada is not a racist country, though as he says bigotry is a fact in any human population. But bigotry has many faces that have nothing to do with melanin. I grew up in a small town in Quebec where anti-Semitism was rife. As a Jew, I was prohibited from entering certain public places and I still bear the scar from an attack that almost killed me. McGill University in Montreal practiced numerus clausus for Jews—the opposite of affirmative action. In today’s incendiary milieu, it is Whites who are made to feel guilty for the color of their skin, and in the feminist takeover of our institutions and public square, it is men who are socially and professionally at risk regardless of creed.

So yes, bigotry in one form or another is perennial, but Canada is by no means a nation in which Blacks need fear the scourge of systemic oppression. The real problem is that Canada’s comparative freedom from racial animosity does not fit the fabricated narrative underwritten by a coalition of preening elites, apologetic nincompoops and social media vigilantes. It is not surprising that the Don Cherrys and Rex Murphys, the outspoken among us, will be made to pay the price for their honesty and courage.

Cherry famously referred to hockey ex-enforcers who lobbied to take fighting out of the game as “pukes and hypocrites.” The epithet applies equally to Murphy’s pharisaical detractors.