Cracks Appear in the Climate Consensus 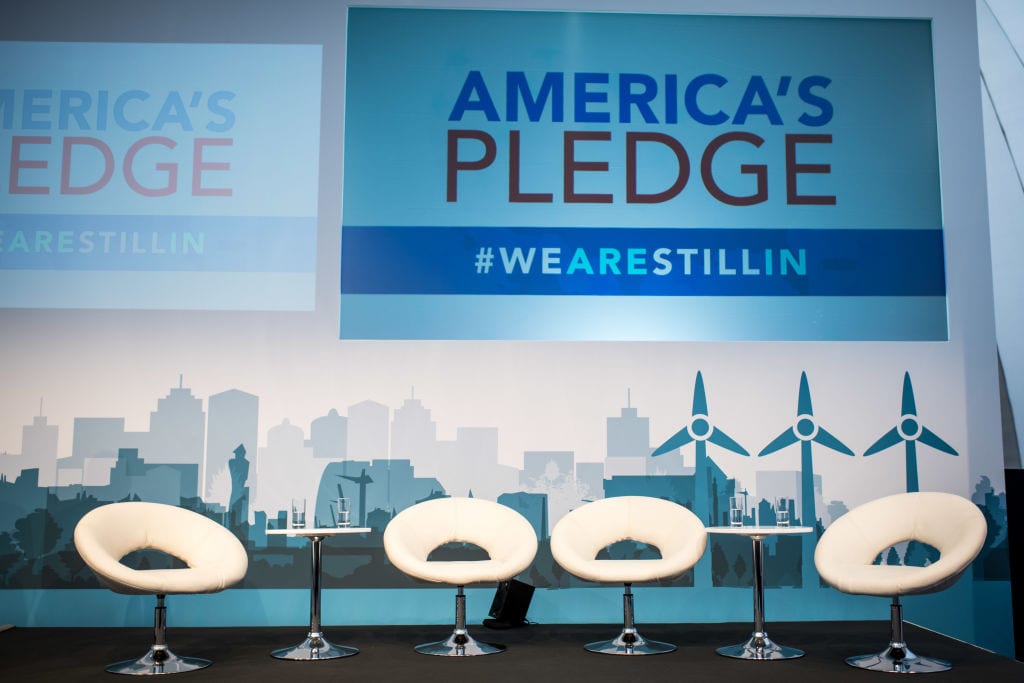 The arc of history bends toward... empty seats?

On the face of it, international progress towards a global consensus on reducing carbon emissions to net-zero by 2050 in order to restrain the rise in world temperature to between 1.5 and 2.00 degrees above pre-industrial levels is about to be resumed after a four-year interruption. When President-Elect Biden overcomes the remaining legal hiccups to take office on January the 20, 2021—as I am assuming he will —his first acts will include returning America to its observance of the Paris climate accords. Since 195 other nations have already signed on to the Accords (and everyone has agreed to treat them as a treaty, even if a non-binding one), it’s full speed ahead to a net-zero carbon world.

Or so it would appear.

This global pact rests on strong support from the world‘s governments which in turn rest on a firm consensus of political parties, scientists, officials, “Green” activists, and the media that a net-zero carbon policy is essential in order to avert a global climate catastrophe. This consensus is so universal that anyone who dissents from it, even a distinguished scientist or a Nobel Prize winner, risks being treated as a dangerous eccentric and finds it hard to get a hearing in respectable forums. Demands are sometimes heard that such people be kept off the airwaves altogether or even prosecuted for “climate denialism.” Fortunately, there are very few such eccentrics. 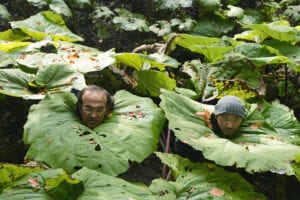 As green as they come.

Not that those within the consensus deny that the net-zero policy has problems. On the contrary everyone acknowledges that it will require quite heavy sacrifices from the ordinary citizens in their countries in the form of higher taxes, higher energy prices, and lower living standards. But these sacrifices will be worth it not only because they will avert a global catastrophe but also because Boris Johnson’s “green industrial revolution” or (according to taste) Joe Biden’s “Green New Deal” will create well-paying jobs in cleaner green industries such as windfarms.  And the last obstacle to this green utopia in the form of President Trump has now been removed.

Thus ends my rather bland outline of the Authorized Version of climate change politics. If we examine it critically, it surely becomes clear very quickly that it rests on two unsteady supports: the strength of the establishment consensus and the electoral popularity of a policy of transitioning to a net-zero carbon economy. Both seem strong at present. As climate skeptics such as Allister Heath in the London Daily Telegraph have conceded, the elites on both sides of the Atlantic have committed themselves wholeheartedly to the consensus; and a poll taken before the recent U.S. election showed that America voters were greener than ever before:

Seven in 10 voters support government action to address climate change, with three-quarters wanting the U.S. to generate all of its electricity from renewable sources such as solar and wind within 15 years.

In both cases, however, there are grounds for predicting that trouble lies ahead. Take, first, the establishment consensus. That is far from being a spontaneous embrace by almost all scientists and economists (climate policy being a blend of both disciplines) of manifest truths. Nor could it be, for a variety of reasons: science itself offers only provisional truths; climate science alone covers a wide range of scientific disciplines; and even the U.N. IPCC reports offer a range of possible outcomes with varying degrees of probability attached to each.

When its tentative and uncertain conclusions disappear and re-emerge as government policy, they have become firm doctrines (e.g., outlawing the U.K. sale of petrol-driven cars after 2030) enforced by quite strong sanctions: the granting or withholding of official contracts; appointments to official boards, university posts, and the civil service; publication in scientific journals; threats to employment and promotion; and even a de facto censorship of heretics in mainstream and official media. It’s hardly surprising that few people contest the establishment consensus when there are serious risks and no practical benefits in doing so. What’s surprising is that some do. 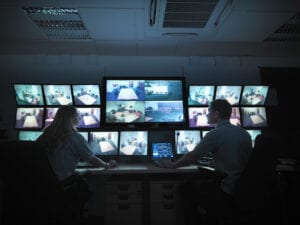 The whole world is watching.

Who are they? Usually, the first critics of the consensus are natural heretics who look at any powerful structure of ideas maintained by force and try to find cracks in it. Others join them because they may have either economic or intellectual interests in doing so—a naturalist opposes windfarms because they kill birds, for instance.

Some people working to advance the policy discover flaws or scandals in its operations and resign to oppose it from outside. Then there are journalists, natural heretics often, but looking for a good story always. Finally, there are critics who are simply very clever people who notice things and realize they don’t add up. And when all these “types” start examining climate policy and how it’s going, they find all kinds of risks being taken and mistakes being made.

Of course, there have been sharp-eyed critics of  “climate change” alarmism—and of the policies intended to ameliorate it—from the first: former U.K. finance minister Nigel Lawson who founded the Global Warming Policy Foundation, Danish academic Bjorn Lomborg who founded the Copenhagen Consensus Centre, and the late Nobel Laureate Freeman Dyson, who thought for Princeton.

But their numbers have been growing in the last year. The American environmentalist, Michael Shellenberger, announced his de facto resignation as a leading environmentalist by writing his book,  Apocalypse Never. Its theme, echoing Lomborg's, is that climate change is a serious problem but not a looming catastrophe requiring drastic emergency measures.

Dieter Helm, the Oxford professor who was commissioned by the U.K. government to report on British energy supply chains and climate change, has now written a new book, Net Zero: How We Stop Causing Climate Change that challenges the central orthodoxies of the Western establishment’s climate policy. In a review on the U.K .Reaction website, Jack Dickens writes:

Two fatal flaws in the current global approach are emphasized in Helm’s book – the focus on reaching Net Zero carbon emissions while maintaining high levels of carbon consumption, mostly through off-shoring carbon-intensive activities, and the faith in a symbolic but ineffectual top-down approach to solving the climate conundrum, as exemplified by grand United Nations summits in Paris and Tokyo. The result, he argues, has been the creation of an illusion that something is being done while individuals and governments are consistently failing to take decisive measures.

And the U.K.’s main conservative papers in the Telegraph group—papers read by Tory activists and thus important to Tory politicians—have started to take a more skeptical view of Boris Johnson’s boasted “green industrial revolution” in op-eds by three of its star columnists—former editor Charles Moore, Sunday Telegraph editor Allister Heath, and columnist Matt Ridley. It doesn’t amount to a complete conversion; the Telegraph’s formidable financial columnist, Ambrose Evans-Pritchard, remains on Boris’s side. Still, all three have written strong criticisms of the government's net-zero policy recently, and Ridley offered an especially scathing critique of ten reasons why it’s a mistake.

Ridley, who moonlights as a member of the House of Lords, is the author of several well-regarded books on science of which the latest, How Innovation Works, is highly relevant to the climate debate. He takes aim at Boris’s ideas on  innovation in climate policy with a double-barreled shotgun. The first barrel demolishes the Prime Minister’s own proposed innovations:

Innovation will create marvelous, unexpected things in the next 10 years. But if you could summon up innovations to order in any sector you want, such as electric planes and cheap ways of making hydrogen, just by spending money, then the promises of my childhood would have come true: routine space travel, personal jetpacks and flying cars. Instead, we flew in 747s for more than 50 years.

The second barrel aims at Whitehall’s neglect of more realistic innovations that get no money or attention in the green industrial revolution:

My fear is that we will carry out Boris’s promised 10-point plan, cripple our economy, ruin our seascapes and landscapes, and then half way through the 2030s along will come cheap, small, safe fusion reactors.

It’s a bracing attack from a government supporter, friendly fire in fact, and taken together with the other skeptics, it’s a sign that the establishment consensus is showing some cracks. In part, these criticisms are a reaction to the fact that policies like net-zero carbon are ceasing to be distant possibilities and becoming real prospects. No sale of petrol-driven cars is only nine years away. And as Dr. Johnson wrote two centuries ago, when a man knows he will be hanged in the morning, it concentrates the mind wonderfully. 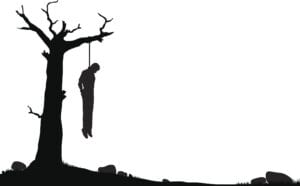 But surely these policies are popular with the voters? Wasn’t that the story of the U.S. opinion poll quoted above? How can a popular policy be reasonably compared to being hanged in the morning?

The answer to that objection is a rule that I’m thinking of calling O’Sullivan’s Second Law. It goes as follows: The popularity of a policy is less important than the popularity of its consequences.

How popular are the consequences of a policy of net-zero carbon by 2050 likely to be? It is hard to estimate that because governments constantly evade answering the prior question of what will be the costs of going net-zero in terms of higher taxes, higher energy prices, and a lower standard of living. They concede in a vague and slightly noble way that people will simply have to make heavy sacrifices, but they don’t want to put a figure on it.

That’s not surprising. When the New Zealand government did just that, it discovered, according to Lomborg, that getting to carbon neutrality would “cost more than NZ$85 billion annually, or 16% of projected GDP, by 2050. That is more than last year’s entire national budget for social security, welfare, health, education, police, courts, defense, environment, and every other part of government combined.”

Sixteen percent of projected GDP annually. That’s what you call political suicide. No policy that requires it will remain popular. It runs up against Stein’s Law formulated by the late Herb Stein, a distinguished American economist: ““If something cannot go on forever, it will stop.”

It can’t go on. Long before 2050, the net-zero policy will have to be abandoned. And the longer that political establishments cling to its defense, the worse the resulting crash will be.

4 comments on “Cracks Appear in the Climate Consensus”