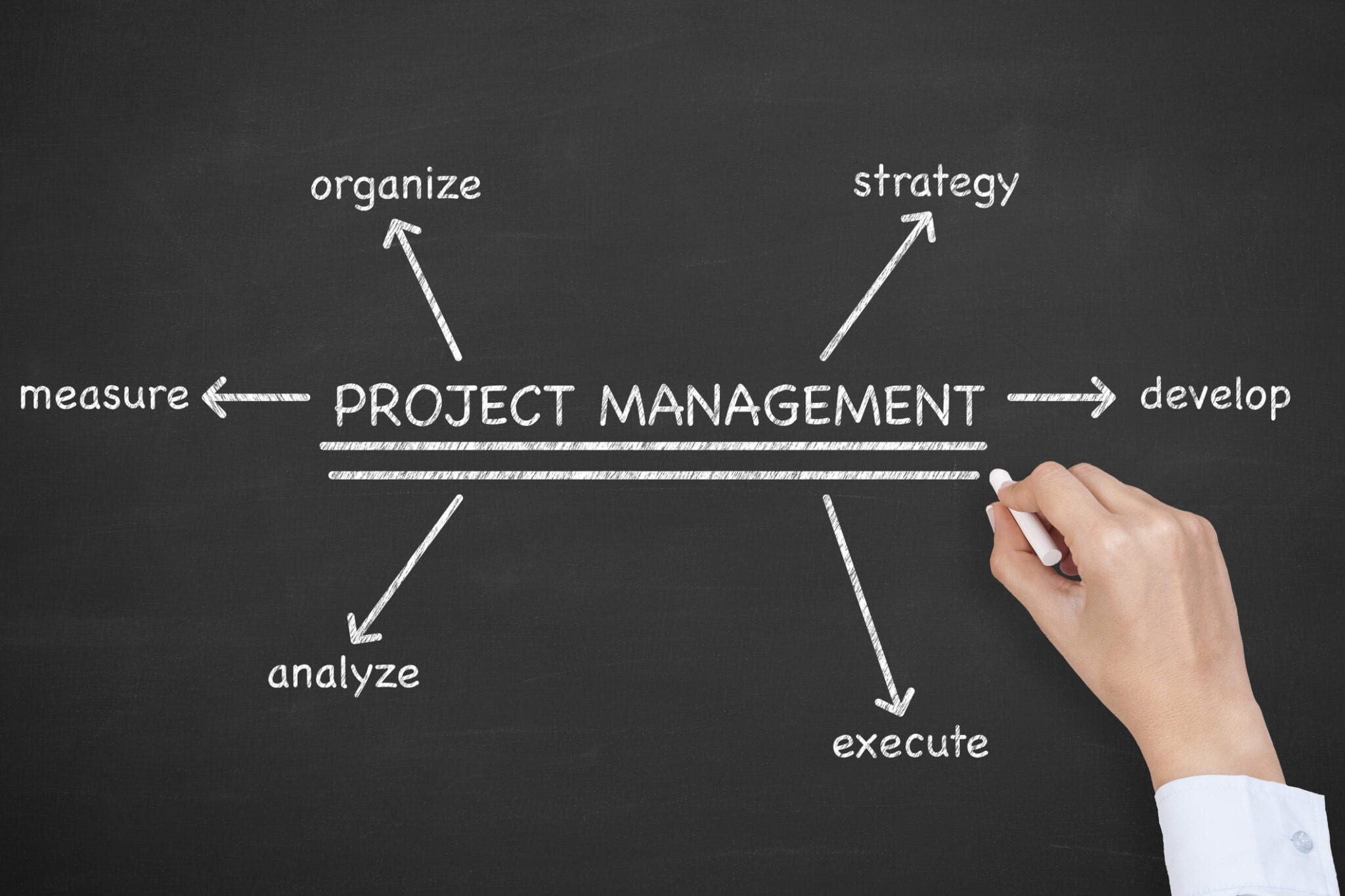 It's all one big racket.

We all probably played connect the dots as kids. You know, follow the numbers in order and you see the picture. In real life countless scribblers financed through tax-exempt 501 (c) (3) non-profit outfits, themselves funded almost entirely by rich leftists and organizations who are connecting dots to imaginary bogeymen in their heads.

One such organization, the Public Accountability Initiative (PAI) was the source of a Guardian article, which targeted the fossil fuel industry “as common enemy in struggle for racial and environmental justice in America.” The underlying notion is that the U.S. is and always has been plagued by systemic racism, in which the police lay a major role. In fact, there is no systemic racism and the fossil fuel industry which provides abundant and cheap energy has played a significant role in reducing pollution and poverty.

Systemic racism is counter-factual propaganda, and in this case the promoters of this nonsense on which the Guardian relies warrant some dot-connecting, too. The article relies on the Initiative's work and that, in turn, relies on the Initiative's “research database project “LittleSis." LittleSis describes its operation as “a grassroots network connecting the dots between the world’s most powerful people and organizations.”

Perhaps they ought to spend some time connecting the dots between their donors and their own work and the work of their allies.

Of all donations made to nonprofits, 71 percent comes from individuals. (The Balance) "Individuals gave more than $286 billion in 2017, according to Charity Navigator, making individual charitable contributions one of the best nonprofit funding sources."

The actual source of the money is difficult to trace as it’s listed simply as “donations.” And often one major non-profit creates subsidiaries which it then funds. So it is with the Public Accountability Initiative and its offshoot, LittleSis.

The Public Accountability Initiative is a left-of-center research organization that publishes reports on the lobbying relationships between businesses and politicians, particularly with regards to the conventional energy industry. Its central project is LittleSis.org, a left-of-center database that complies the interpersonal relationships of political and business figures, especially if they support center-right or right-of-center causes.

It was funded in its early years by the Sunlight Foundation, a left-of-center government transparency group that incubated projects through its now-closed Sunlight Labs division. [1] The group’s executive director, Kevin Connor, previously worked for the 1199SEIU labor union,[2] which has been characterized as “the union that rules New York.”

And is promoted by the SEIU (Service Employees International Union).

The PAI receives funding from a variety of foundations, nonprofits, unions, and individuals. Major supporters over the past three years include the American Federation of Teachers, the Ford Foundation, and -- of course -- George Soros' Open Society Foundation.

Certainly readers know the background of the Ford and Soros Open Society foundations, but here is the background on some of the other Initiative donors from their own online descriptions. Click on the links to find out more about each organization.

The Sagner Family Foundation is a private foundation located in New York City. The organization was established in 2017, though it had charitable trust status as early as 1961. [1][2] The Foundation supports left-progressive advocacy groups that advance social, economic, and racial issues,[3] including the Tides Foundation, the ACLU, and Congressional Progressive Caucus Center. [4]

Foundation president Deborah Sagner, the daughter of former Port Authority of New York and New Jersey commissioner and Clinton administration-era Corporation for Public Broadcasting Chair Alan Sagner, is a prominent donor to left-progressive racial advocacy associated with the Black Lives Matter movement and the radical-left Movement for Black Lives organization that purports to lead it.

So left wing donors, contribute to leftwing operations to provide leftwing publications like Guardian with copy that promotes their views. It's almost like it's one big racket.

Is there much to the claim that oil and gas companies, private utilities and financial institutions contribute to police foundations? Probably so. In this country, unlike most statist European countries, private charities are ubiquitous and generously funded.

Most businesses try to support institutions in the communities they serve to promote worthwhile things that government resources are insufficient or unavailable to fully fund. Is there any problem with the fact that, as the article asserts, this money is used “to pay for training, weapons, equipment and surveillance technology for departments across the U.S.”? Only if you, like they, believe the police “tyrannize the very communities these corporate actors pollute.” Only if you believe that police departments are overfunded as they do.

Only if you agree with Carroll Muffett president of the Center for International Environmental Law that ‘“police violence and systemic racism intersect with the climate crisis.”’  I will concede, that for raking in dough from left wing funders, Muffett manages to hit all the hot buttons—systemic racism, pollution, and climate crisis. In a contra factual world of left wing foundations this blather should work to drive donations which seems to be the point of so many of these outfits whose IRS reports indicate most of what they rake in goes for employee compensation and travel.

In the real world, it takes capital to remediate pollution. Bangladesh, Pakistan and India lead the world in pollution in large part because they haven’t enough capital to do the job; it's easier and more cost-effective to simply pollute and let others worry about the cleanup. Moreover, it takes ample, cheap energy to lift all economic boats. The poorest 20 percent of Americans are richer than most European nations. That is due in significant part to the abundance of resources not the least of which is reasonably priced energy.

A groundbreaking study by Just Facts has discovered that after accounting for all income, charity, and non-cash welfare benefits like subsidized housing and food stamps, the poorest 20 percent of Americans consume more goods and services than the national averages for all people in most affluent countries. This includes the majority of countries in the prestigious Organization for Economic Cooperation and Development (OECD), including its European members. In other words, if the US “poor” were a nation, it would be one of the world’s richest.

(It’s just a thought, but if these Foundations were really interested in reducing worldwide pollution and poverty they’d get a better return on their money by investing in energy production and transmission in the poorest countries instead of shelling it out to people who want to reduce energy resources here.)

The Guardian asserts that “Donald Trump is deploying militarized security forces to cities such as Seattle and Chicago to quell anti-racism protests amid growing public demands to relocate some police funds into environmental, health and social services, to create safer, healthier and racially just communities. ”This is a preposterous charge, which has not worn well. There’s already significant opposition even in far left Seattle to defunding the police. The Chicago mayor has finally agreed to the deployment of federal troops to protect her city from further destruction.

Trying to track the donors to the foundations whose executives and missions the Guardian endorses is very hard. The scant IRS reports do not require much detail, but the interlocking of foundation executives, and donors, mirrors the interlocking of those outfits and their press promoters. So it is more than ironic to see the Guardian complain of the lack of transparency respecting police foundation resources, “since they are not subject to the same transparency rules as public entities such as law enforcement agencies.”

There isn't a great deal of transparency between the recipients of donations from one tax-exempt foundation to another. On the other hand, put a nice-sounding title  like “Public” or “Rights “or “Justice” in your name and you can be sure major media will not look very closely into who is actually paying you.