Coming to Our Senses, Slowly 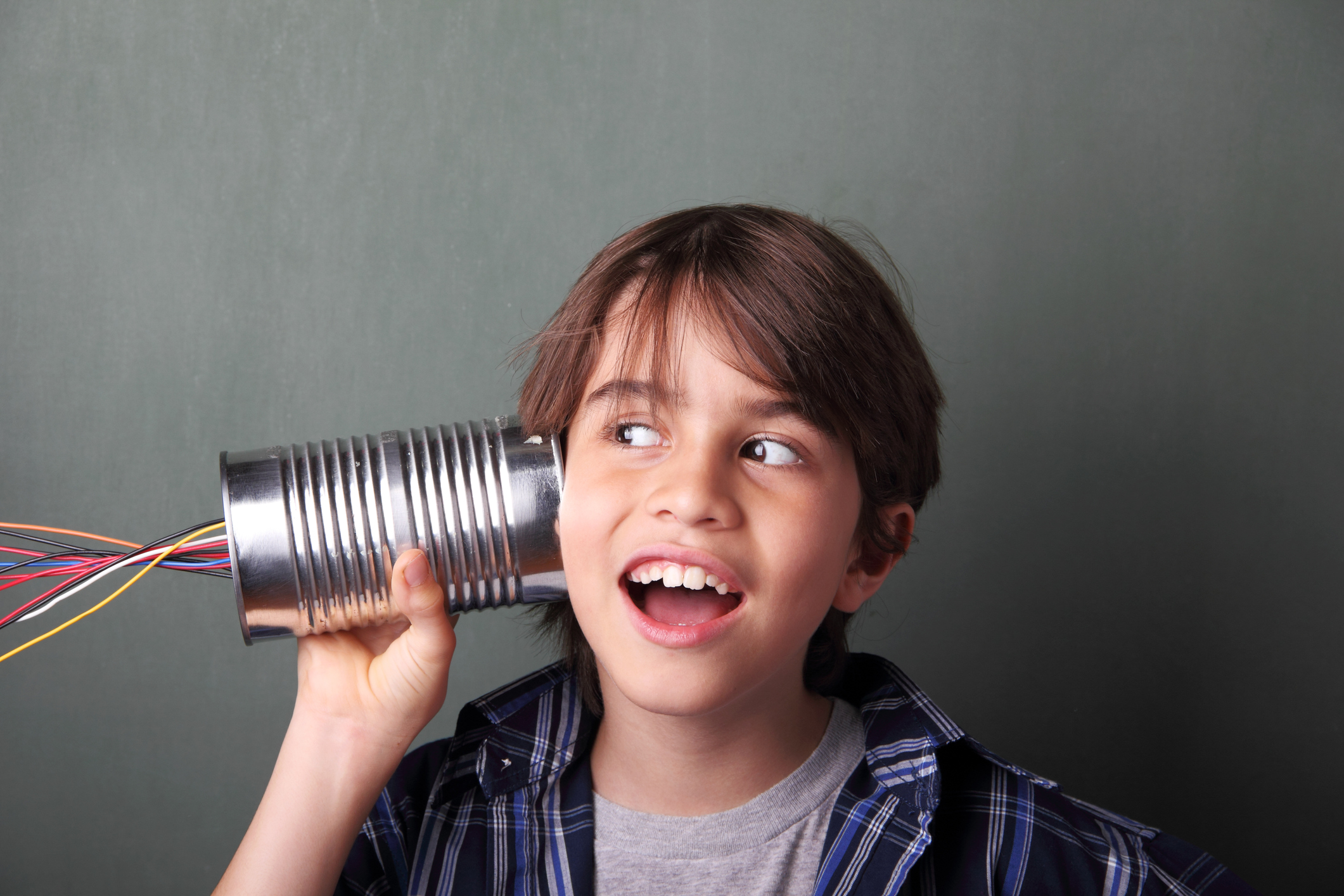 You mean "green" has its limits?

In my article last Friday I defined the most important issue of the day as follows: “how energy policy can be intelligently designed to enable us to provide cheap and reliable energy to the populations of Western countries while reducing our reliance on oil and gas from Russia in the aftermath of Putin’s invasion of Ukraine.”

My guess that this claim is also the opinion of a comfortable majority in most Western countries. Others might argue that securing an early and just peace in (and for) Ukraine is more important. Greta Thunberg would probably counter-claim that reaching Net-Zero by yesterday should be our lodestar. But the shock to the system delivered by Russia’s invasion of Ukraine has converted people to the necessity of getting energy policy right for strategic and economic reasons as much as for environmental ones.

Confirmation of this was not long in coming. Almost simultaneously with The Pipeline’s publication, the Epoch Times  reporting from Capitol Hill on the Senate Committee on Energy and Natural Resources, quoted its chairman, Sen. Joe Manchin of West Virginia, as saying that “the recent action taken by Democratic commissioners [on the Federal Energy Regulatory Commission] served to elevate environmental considerations above American energy reliability, security, and independence.” 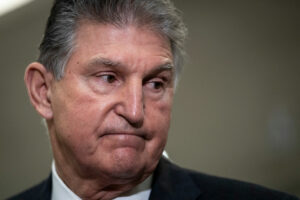 Manchin in the middle.

Manchin remarks were noteworthy on several grounds. He was attacking his own party’s appointees on the regulatory commission. He was challenging what has been until now the Green orthodoxy that grips both the Democrats and elite opinion generally. And since he is both the “swing vote” in a narrowly divided U.S. Senate and chairman of the committee wielding “oversight” authority of energy regulation, he has more practical power to change how that regulatory power is exercised than any other government official except the President of the United States—and perhaps more than him as well. To remove any doubt about the impact of the Russo-Ukraine war on his reasoning, Manchin went on:

To deny or put up barriers to natural gas projects and the benefits they provide, while Putin is actively and effectively using energy as an economic and political weapon against our allies, is just beyond the pale.

He wasn’t alone either. Another committee member, Senator John Barrasso (R-Wyo.), said that FERC’s new policies would “make it next to impossible to build any new natural gas infrastructure or upgrade our existing facilities in the United States.” In fact, as sometimes happens when a lone voice challenges a sacred orthodoxy, the floodgates holding back skepticism open and a torrent of disbelief pours through them. Over the next few days, the following voices joined Manchin’s to swell a chorus of legislators and public notables singing such old favorites as “I got the Net-Zero Blues” and “It Ain’t Necessarily So.” Elon Musk tweeted out:

Hate to say it, but we need to increase oil and gas output immediately. Extraordinary times demand extraordinary measures.

And you can’t say that Musk, the poet of the electric car, is a mere tool of the fossil fuel lobby. In fact, he’s an example of what’s called the Cantuar Gambit: “If the Archbishop of Canterbury says that he believes in God, well he’s simply doing his job. But if he says he doesn’t believe in God, he must be onto something really big.” Elon’s clearly onto something big. 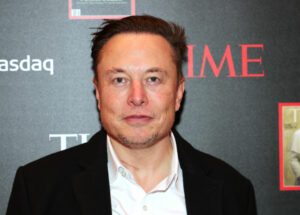 Man of the hour, person of the year.

Dissent spread quickly to Canada where the only announced contender for the vacant post of Tory Party leader, Pierre Poilievre, gave a truly Canadian patriotic response: “Elon, it should be Canadian oil and gas—the most ethical and environmentally sound in the world.”

In London a war broke out within the pin-striped establishment. Lord (David) Frost—the Cabinet Minister who helped Boris to push through Brexit and then resigned over the leftwards drift of government policy—sent out this cheeky tweet: “The former head of the Foreign Office tweeted this week that the crisis “will severely weaken international capacity and will to take urgent steps needed to address climate change”. Let’s hope he’s right. For now, we need to focus on energy security and cost.”

Next door in Parliament—which voted for the Climate Change Act in 2008 by 646 to five votes, thus making Net-Zero targets binding on the government as well as the citizenry—forty Tory MPs have now formed a Net-Zero watch group, and many more are arguing for various changes in energy policy such as an end to the ban on fracking and a switch to more nuclear power stations. Boris is due to announce a new U.K. energy strategy later this week, but the inside dope is that it has been neutered by civil servants who see themselves as Guardians of the Green Galaxy.

Outside Parliament, the formidable Nigel Farage, tanned, rested, and relaxed six years after his Brexit triumph, is returning to electoral politics according to a recent tweet: “I am launching a new campaign to kill off Boris Johnson’s ruinous green agenda. We demand a referendum on Net Zero.” The Farage tweet ends somewhat ingloriously with the injunction: “Read all about it in the Mail on Sunday.” All the same, it’s a great deal more than a newspaper ad. 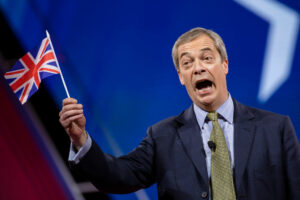 Comeback of the decade?

Vladimir Putin has burst the dam that held back the fears of people everywhere across Europe and the West that the costs of climate change policy were rising out of sight even before the invasion of Ukraine added new costs to rebuild Europe’s and NATO’s defenses.

Minds are now changing in the most surprising of places. Both the German and Belgian governments are having second thoughts about their abandonment of nuclear power. European energy independence—regarded as a strategic irrelevance since 1989, is now back on the agenda. Even coal is likely to survive much longer, thanks in part to Merkel’s closing down of nuclear energy, which forced the Germans to make up shortfalls by using the least green fossil fuel—but one that is found in abundance in their native land.

All that stands in their way is the Green Blob of bureaucracy with its devious tactics of ignoring what their political masters want and distorting what the law plainly says (until they interpret it.) A Tory MP in the U.K. complains that civil servants refuse to obey ministers if they propose policies that run counter to the “legally binding” Climate Change Act. Joe Manchin’s ally in the FERC case, commissioner James Danley, points out that the purpose of the National Gas Act “as the Supreme Court has held, is to ‘encourage the orderly development of plentiful supplies of natural gas at reasonable prices," whereas the new FERC regulations do exactly the opposite. And since the principals are increasingly alert to their agents’ tricks, this battle will be fought out in government after government on both sides of the Pond.

Read all about it here.