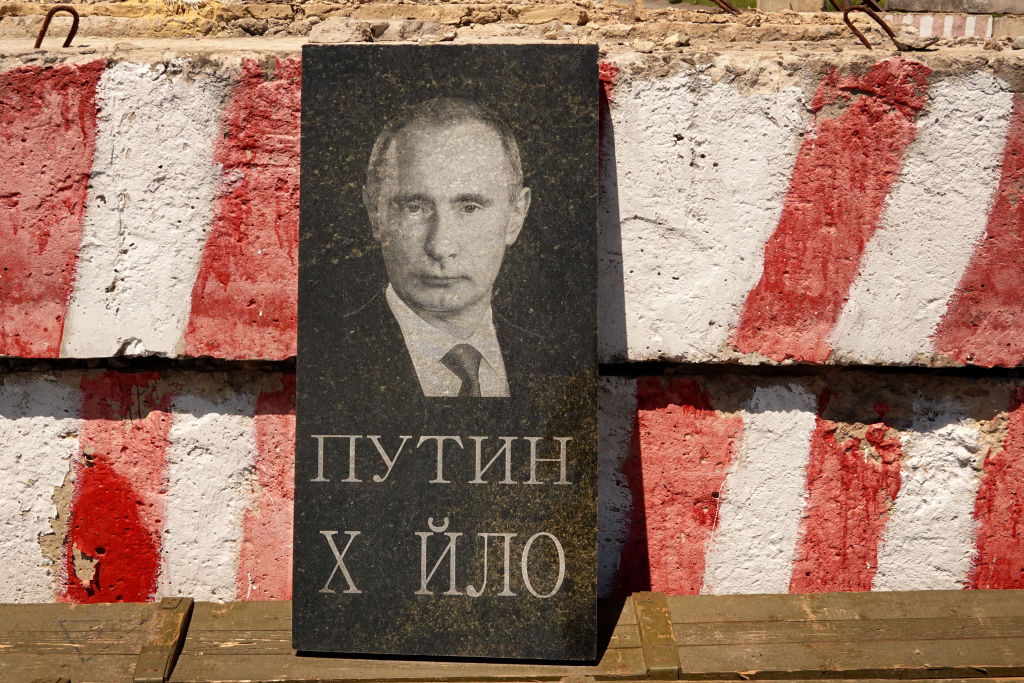 Something rather rude about Vlad.

Luckily for humanity, the outbreak of the Second Cold War has hampered the Great Reset project by fragmenting the international order on whose concerted coordination it is premised. The international order is split anew. For the first time since the end of Cold War I, Russian oligarchs were not welcome at the annual World Economic Forum gathering. "Russia’s absence at Davos," write Fidler and Simmons at the Wall Street Journal, "marks the unraveling of Globalization... The Davos meeting ... came to symbolize the era of globalization... Now, many participants are convinced that the era is over, its demise accelerated by the war in Ukraine."

Even before Putin's armies actually crossed the Ukrainian frontier, it was clear that an important part of the global world order had broken down. At a speech before the Munich Security Conference on Feb 19, 2022, three days before the invasion, British prime minister Boris Johnson said "we have to steel ourselves for the possibility of a protracted crisis, with Russia maintaining the pressure and searching for weaknesses over an extended period, and we must together refuse to be worn down. What Europe needs is strategic endurance, and we should focus our energies on preserving our unity and on deepening trans-Atlantic cooperation... After a generation of freedom, we’re now staring at a generation of bloodshed and misery."

Four months later, during a visit to embattled Kyiv, Johnson confirmed his prediction based on battlefield events. "I am afraid that we need to steel ourselves for a long war, as Putin resorts to a campaign of attrition, trying to grind down Ukraine by sheer brutality... the U.K. and our friends must respond by ensuring that Ukraine has the strategic endurance to survive and eventually prevail. Everything will depend on whether Ukraine can strengthen its ability to defend its soil faster than Russia can renew its capacity to attack... Our task is to enlist time on Ukraine's side." 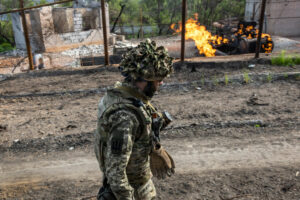 Historians in the future may well regard Boris Johnson's "strategic endurance" speech as the equivalent of Churchill's Iron Curtain warning, when the unity of the anti-Nazi coalition collapsed into the first Cold War. "From Stettin in the Baltic to Trieste in the Adriatic, an iron curtain has descended across the Continent," the old lion warned less than a year after Nazi Germany surrendered. It took a little longer after the fall of the USSR to happen, but Russia and China are also building a separate world.

Foreign Affairs puts the date the split formally began as Feb 4, 2022: "There they were, meeting in Beijing on February 4: Chinese President Xi Jinping and Russian President Vladimir Putin. Shortly before the start of the 2022 Winter Olympics, the two leaders released a remarkable 5,300-word joint statement about how the partnership between China and Russia would have no limits: "the existing world order, which aspired to build a global commonwealth, had already been failing." Twenty days later, Russia invaded Ukraine.

Yet neither the Davoisie nor the Biden administration saw it coming. Instead of recognizing the pandemic that China covered up as the death knell of the global world, they saw it as a chance for its fulfillment. Up until the outbreak of the war both Europe and America were obsessed with "climate change," so when Russian oil and Ukrainian wheat went off the world market Washington was caught completely off guard by the energy crisis and threat of famine that ensued. Biden, reports Politico, is racing against time to unlock Ukraine’s trapped grain. "The Biden administration is desperate to find ways to move as much grain as possible out of the war-torn country. They estimate the blockade is holding back more than 20 million tons of grain from the world food supply, driving food prices and world hunger to near-crisis levels." The current world clearly has higher priorities than the diversity, inclusion and environmentalism envisioned by the Great Resetters. It needs in the first instance, simply to eat. 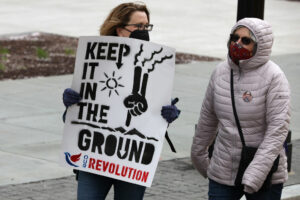 Time for a volte-face?

There are no quick fixes. The fuel crisis has forced Biden to wrench his energy policy into reverse. But even those desperate reversals, says the New York Times, "which environmentalists and many Democrats oppose because they would retard efforts to combat climate change — would have little immediate impact because it takes months for new oil wells to start producing and pipelines can take years to build." Bill Maher ripped Biden for getting off fossil fuels without a replacement and with the president now begging Saudi Arabia for oil. "But the truth is that when people get off fossil fuels before they have a replacement, they wind up going back to even worse fossil fuels," Maher added, "Germany said, 'We don’t want nuclear power anymore,' which is the cleanest, and what did they have to go back to? Coal."

Coal is what China and India have never stopped doing in a big way. "If you think the world is moving beyond coal, think again. The post-Covid economic rebound and surging electricity demand have resulted in big increases in coal prices and coal demand. Since January, the Newcastle benchmark price for coal has doubled. And over the past few weeks, China and India have announced plans to increase their domestic coal production by a combined total of 700 million tons per year. For perspective, U.S. coal production this year will total about 600 million tons." Edward Grey's famous remark from August 3, 1914 comes to mind. "The lamps are going out all over Europe, we shall not see them lit again in our lifetime."

But today Grey might add that the oil would keep the lamps burning in China. Few realized that at best renewables would take decades to implement; that it would take trillions to revamp the grid and other infrastructure before wind and solar could be depended on to any major extent. Biden and the Western Europeans failed to account for this, or assumed that the Woke West could surreptitiously make up the difference from Russian imports indefinitely -- and are now paying the price.

A British military think tank  argues that if the West is to have any hope winning the new long war against Russia and China -- acquire strategic endurance in Boris Johnson's words -- it must reindustrialize immediately. "The war in Ukraine has proven that the age of industrial warfare is still here. The massive consumption of equipment, vehicles and ammunition requires a large-scale industrial base for resupply – quantity still has a quality of its own."

This reality should be a concrete warning to Western countries, who have scaled down military industrial capacity and sacrificed scale and effectiveness for efficiency. This strategy relies on flawed assumptions about the future of war, and has been influenced by both the bureaucratic culture in Western governments and the legacy of low-intensity conflicts. Currently, the West may not have the industrial capacity to fight a large-scale war.

Even achieving stalemate in Ukraine would mean re-shoring industry and reducing dependence on China/Russia. That would mean the end of the global world, and for the moment at least, a halt to the dream of Davos and the Great Reset. While this would be a cruel disappointment to the Left there's no help for it. The West will need vast quantities of everything Woke doesn't make to win Cold War II: food, energy, freedom, healthy demographics and testosterone. It is possible to win Cold War II or be Woke, but not both. This is the fundamental choice Western politics must wrestle with in the coming years.

Leave a Reply to Jim B Cancel reply