Beware of the Mask Police 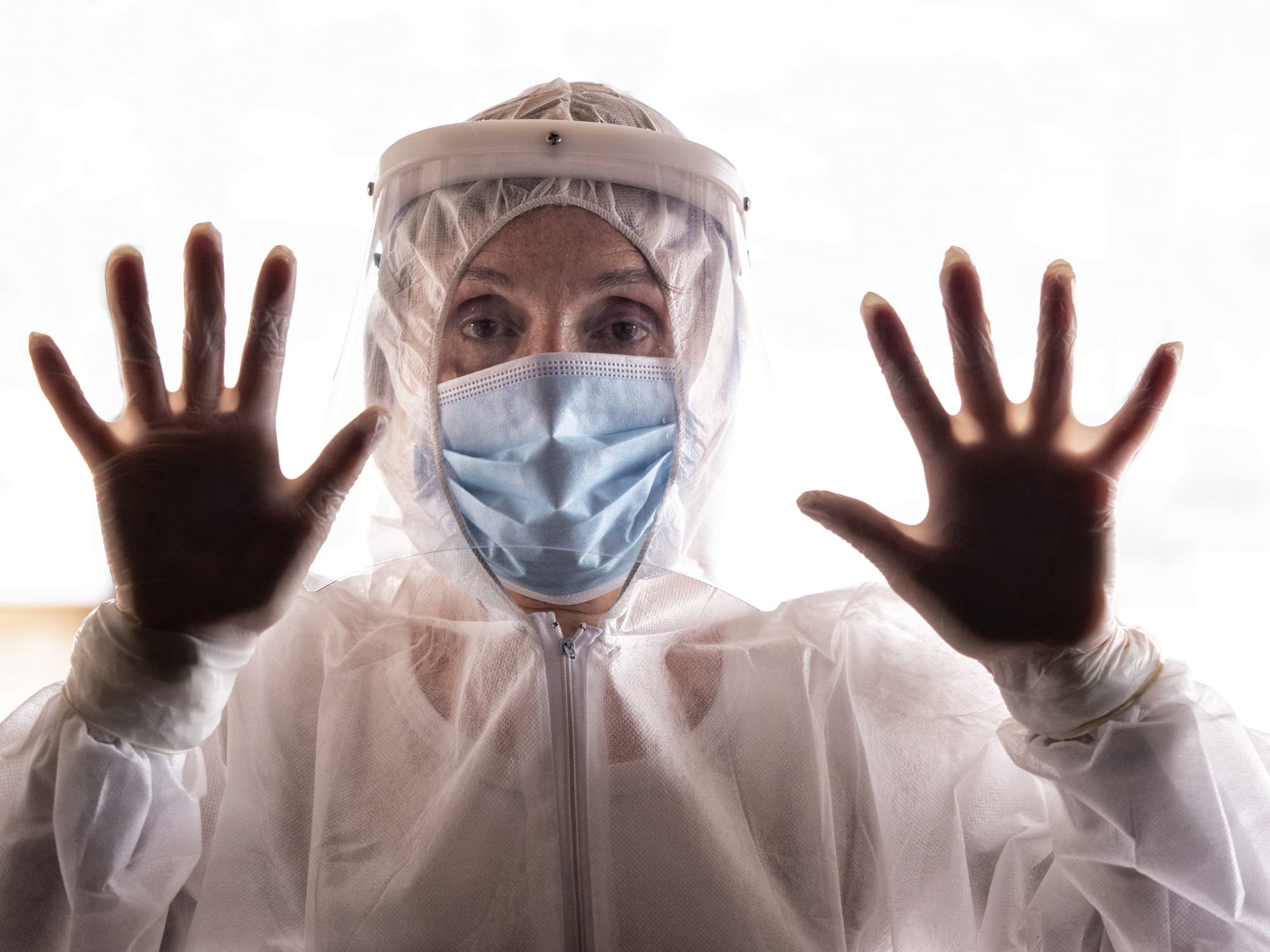 If I’m calculating this correctly, we’re about to enter our forty-second week of “Two Weeks to Stop the Spread.” I’m just a cop with no claim to medical expertise, but if I may offer a layman’s opinion, weeks three through forty-one don’t seem to have been any more effective than the first two. What would lead anyone to believe the next two, three, or forty-one will be?

And we’re still being inundated with grim news about how the worst is yet to come. Every day at the top of the Los Angeles Times website one finds a collection of stories presented with the apparent intent of arousing dread in the reader.

Here’s a sampling of recent headlines: “New, potentially more contagious coronavirus variant found in California, Newsom says,” “L.A. County mortuaries struggle with rising toll from COVID-19,” and “‘Super-spreader’ event feared in L.A. as singer defies health order for concerts.” And it’s the L.A. Times, of course, so there’s the obligatory bit of class- and race-mongering thrown in as well: “L.A. hospitals serving the poor and people of color hit hardest by COVID-19,” and “How race factors into decisions about who should get priority for vaccines.”

After such a long period of lockdowns, not to mention mask mandates, social distancing, and the ever-shifting goal posts, people are understandably getting fractious. We should expect to see many more scenes like this one from Dec. 22, in which a Texas man was arrested at a San Antonio mall while participating in an anti-mask protest. 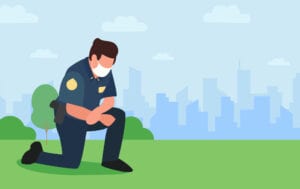 Who is that masked man?

Which places the police in an uncomfortable dilemma. There is a growing and seemingly irreconcilable divide between those who still believe these measures can be effective and those chafing under the restrictions.

I witness this divide daily as I walk the dog or ride my bicycle through my own suburban neighborhood near (but not too near) Los Angeles. I wear a mask when required by whichever local business I visit, donning and doffing it as I cross the threshold, but I never wear one while outdoors. I’m taken aback by all the people who do, especially those who veer into or even cross the street lest they cross paths with me and inhale some deadly molecule I may have expelled.

I’m tempted to ask these people (but do not ask them) what they think they’re accomplishing by behaving this way. One reason I don’t ask is that I’m afraid they’ll call the police and accuse me of trying to infect them. Another is that I haven’t time for a lecture on the errors on my maskless ways.

Not long ago I was in a grocery store in which the aisles were designated as one-way, thereby, one supposes, facilitating the proper social distancing. I was properly masked and proceeding down an aisle when I realized I had passed a needed item. I turned around and walked back about ten steps when I was upbraided by some clucking harridan who, I must note, chose to come within six feet to harangue me on my misconduct.

Joe Biden has premised to enact a national mask mandate upon taking office, though it’s unclear how he can do so under existing law. But then, the law itself has been shown to be far more elastic than one might have imagined prior to the arrival of the Wuhan virus, so heaven knows what he might pull off with the cooperation of like-minded state and local officials. 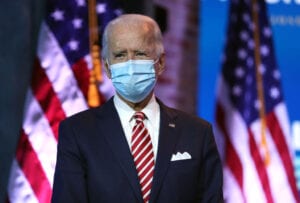 Who is this masked man?

Beginning last March, governors, mayors, county health officials, and every brand of petty bureaucrat took it upon themselves to impose whatever measures they saw fit in the name of protecting us from the virus, and the collateral damage -- lost jobs, ruined business, increased drug and alcohol abuse, to name just a few -- be damned.

If such a mandate were to be enacted, how big a leap would it be to see supermarket one-way aisles decreed into law, thus inspiring people like the traffic monitor mentioned above to summon the police when they witness a violation? And how will the police handle such a situation?

Not long ago I assumed police officers would ignore these petty disputes, but now I wonder if I haven’t been too sanguine. The sight of the man being manhandled and arrested in San Antonio, along with stories like this one in Oregon and this one in Ohio serve to warn us that police officers are not immune to mask hysteria. Granted, the officers in these cases were technically enforcing trespassing laws when the alleged offenders failed to wear masks when required to do so by businesses and schools, but by now it doesn’t take a great leap of imagination to see these confrontations become commonplace under a Biden federal mandate.

A recent article in the Wall Street Journal helps to illustrate why this is so. Writing in the Dec. 24 issue, Tunku Varadarajan introduces us to John McAuliffe, who has just retired after a 38-year career with the New York Police Department. McAuliffe told of a lesson he learned as a rookie in 1983: “Never embarrass a guy in front of his kid.”

It was once commonplace for older cops to pass on such wisdom to those they are charged with training. I join McAuliffe in lamenting this is no longer so. Police work has changed a great deal since 1983, not all of it for the better. I joined the Los Angeles Police Department at about that same time, and I was taught by some wise and worldly seasoned cops, some of whom were veterans of the Vietnam War.

I was trained to seek out and where possible arrest the people who made life miserable for their law-abiding neighbors. Robbers, burglars, and violent gangsters were a priority, and there was a measure of shame attached to hauling in some average Joe who had committed some minor transgression.

Sadly, focusing one’s efforts on violent criminals only invites trouble for today’s police officers, for to do so brings the risk of violent confrontation with people whose conduct is readily ignored or excused by their sophisticated betters in government and the media. The result is as predictable as it is tragic: a rise in violent crime and more deaths by homicide among those these same sophisticated betters purport to champion.

Until the pendulum swings back, as it surely will someday, more robbers, burglars, and violent gangsters will be getting a pass, and more mask scofflaws will be brought to heel. If you thought 2021 would be an improvement over 2020, think again.

3 comments on “Beware of the Mask Police”